At a rugby club just outside Coventry. It was the 25th rally. 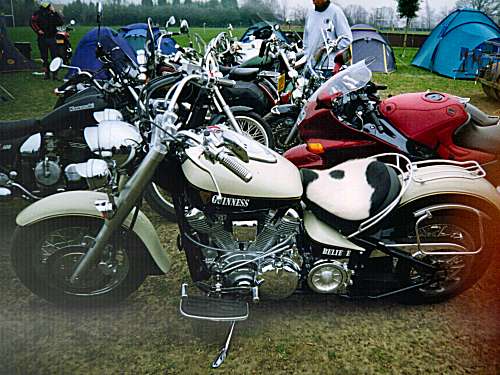 He spent all weekend with her undies around his head!

It was at this rally I first met the Perverts in Leather. Nice bunch of people but I really don't want to see a bunch of hairy arse bikers running around in stockings with their beer bellys hanging over their suspender belts! Might put me of my Guinness.

We got there Friday night and met up with Monica and H and a great bunch of people from Yeovil. This one bloke decided to put his hand down the jeans of his lady friend and pull her knickers off and tie them around his head. He spent all weekend with her undies around his head!

The best bike was a Guinness bike and as usual come Sunday we all got moved off the field because they had a rugby match on.