Well Christmas is nearly here again, and its time for my final rally of the '09 season, Otto's Bloo Mug Rally. As usual the invites were very late getting out and I actually cornered Otto at another Rally and paid him my pre-booking money there. I ended up with ticket number one, which is a bit of a rarity for me, I usually wait and see what other options turn up, rather than making an early booking.

This has to be the cheapest rally of the year, it was only £3.50 ... and with a nice badge, then a band on Saturday evening, what amazing value. Well done Otto!

The Rally this year had moved back to the Anchor Inn, a biker friendly pub and camp site at Friskney to the South of Skegness. I was tempted to turn up on the Friday this year, as there was talk of a visit to Batemans Brewery which is just back up the road a couple of miles at Wainfleet. However, I decided I had too much on at home and couldn't get away until Saturday. In the event most people seemed to have had a bus trip out to Boston, so perhaps we can do the brewery visit another year? 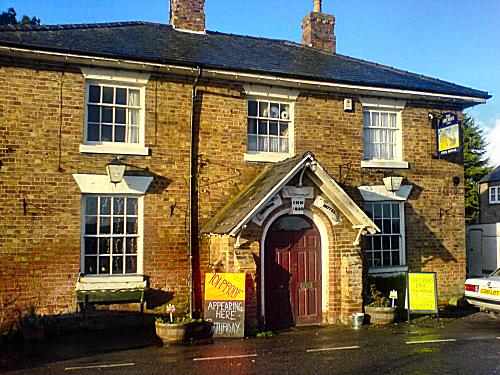 Otto's Rally is never very big, but I don't think we had more than 35 - 40 this year, but that's not a criticism as it adds to the atmosphere. You can get round and talk to just about everybody at the rally.

I had decided to totally avoid motorways this weekend, but failed miserably! I set off from Bradford on my winter bike (Paul Mullis's bike really, It is just in my care for now) and headed through Wakefield towards Doncaster. A couple of new by passes have appeared since I last used that road, but I ignored them and stuck to the "old" route! I am sorry to say that I couldn't face all the roundabouts and traffic through Donny so I went down the A1M then across to Bawtry, and then via Gainsborough to Market Rasen and south onto my first B road of the weekend.

The weather was dry and bright, but the roads were cold wet and quite slippery. I would like to tell you of the fast wheel spinning ride I had, but it was steady as she goes and try to be smooth and keep braking to a minimum. Then I got to the bend that was sharper than it looked, and I made a complete hash of it. I was lucky I was on my own - no one saw what happened so I thought - but just then I saw the glider high up to my right with a perfect view of the corner. I always see a lot of gliders when I ride Paul's bike, that's what he was into, before I inherited his bike. Sometimes I am sure he still likes to keep an eye on things especially when I mess things up! It's all coincidence of course but ... who knows?

Anyway, after another session of B roads from Horncastle, I arrived safely and was glad not too many had turned up as camping space was a bit limited. I ended up almost under the covered patio out at the back of the pub, convenient, but not if you wanted to get an early night as the conversation and music went on quite late. 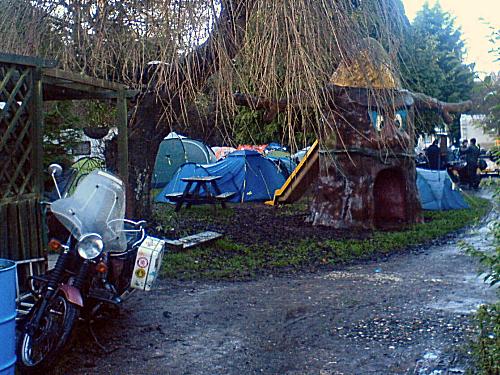 The Pub usually has a band on Saturday nights and 101 Proof were quite good although as usual I actually listened to them from the lounge, with just a short visit in to the concert room mainly for the raffle. (Which despite lots of prizes and not many people I still didn't win!) 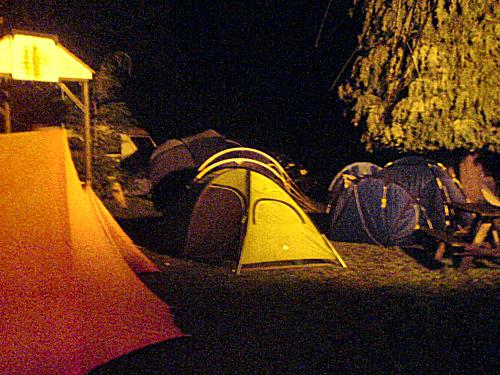 I didn't expect to see much bike wise at the rally, but there was a nice trike, the colour might be a bit much on the morning after a bit of a session though! 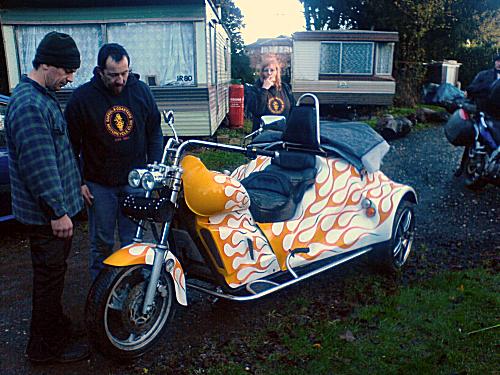 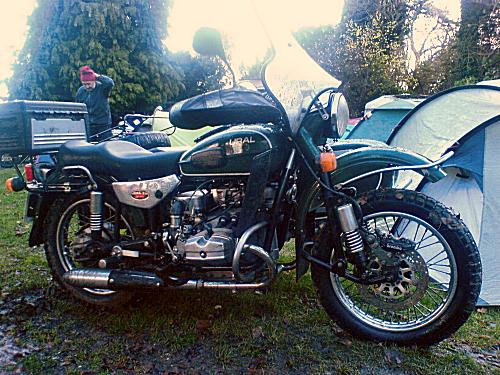 Out on its first ever rally was John Davies brand new R1200R. No floods this year John? See last year's report! 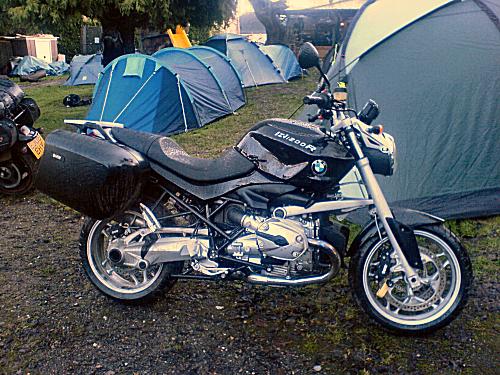 The evening meal on Saturday had been good and a reasonable price. Sunday morning's breakfast was more of the same, a full English with as much tea or coffee as you needed for just £3.50, a bargain. It set me up for the ride home. This time I headed a bit more North and went home via Sunny Scunthorpe, but again gave in and used the M62 from Pontefract. I was running out of daylight and the bike needed a good wash down! Excuses Excuses!!! 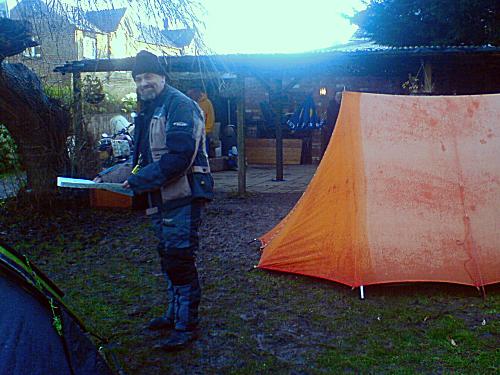