Toad in the Hole Rally

I arrived in the dark a couple of years ago and managed to pitch the tent in a swamp.

Another ride down the Fosse Road! It makes up for the 115 miles of motorway I have to do first. In 2008 I took Paul Mullis's old bike and had to ignore the twitches I felt as I passed the turn to Itchington where they used to live. Actually it was lucky I was on that bike, as there was a police speed trap on the Fosse just after the Hinckley road (one of the long straight bits) and, had I been on my R100/RS, I would probably have been travelling a lot faster and I might not have seen him in time!

Unusually for this year it was bright and dry for the ride down and I even enjoyed the motorway part except splitting lanes for about ten miles to get past an accident.

I managed to get down there in daylight - just - and got busy setting the tent up at the top of the back field. I arrived in the dark a couple of years ago and managed to pitch the tent in a swamp, so some things do improve!

The Rally is Pub based, with camping in the grounds surrounding it. Control is in a marquee attached to the barn/disco bar and has hot air blowers that really seem to work for a change. The Pub does meals including a special rally menu, but there is also a catering van for a cheaper option. In the pub there is always a lower priced guest real ale put on for the rally, and it is always appreciated.

Friday night went on a bit longer than was sensible (as usual) and Saturday for me starts later than planned, also as usual! No Waugh's tour this rally as Jim has gone for a ride round Wales for the day on the train by the time I get up. I can't get the bike out anyway because the bikes are a bit crowded together; some people have gone into Cirencester by bus. It's a nice day so we set off for a walk down the muddy canal towpath to the Thames Head pub but divert off and just circle back via the fields to the Rally Site.

No fires are allowed in the camping areas, but there is a brazier (well a 200 litre oil drum with holes in it!) and an ample supply of wood for all the frustrated boy scouts.

Saturday night was taken at a more sensible pace, and I sat round the log fire, (the one in the pub lounge) with some of the Mayflower MCC.

All in all it's always been a good weekend away at the Toads, and there are usually some interesting bikes to look at in the car park.

Here is what Dave Ranger recalls with the aid of a few of his photos.

This rally is held in November near to Lechlade in Gloucestershire. It is held by the Toads and Dogends Club at a pub site by the side of a canal that is being restored. 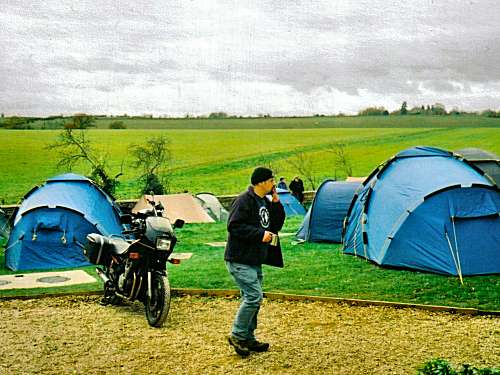 I arrived on Friday night and set up just before dark, then straight into the pub which had Crossmans Farm scrumpy on on. Seeing this I knew what state I would be in at the end of the night. Then in walked the rally sec of the Solent MCC and Dave from Telford so at least I was not alone.

I woke up late with the expected hangover and then walked across the fields with 3 members of the Wight Riders. We came across a folly on the canel bank and then to the source of the River Thames with a headstone marking its place. Then into a nice pub for lunch before heading back to the site before the light went. 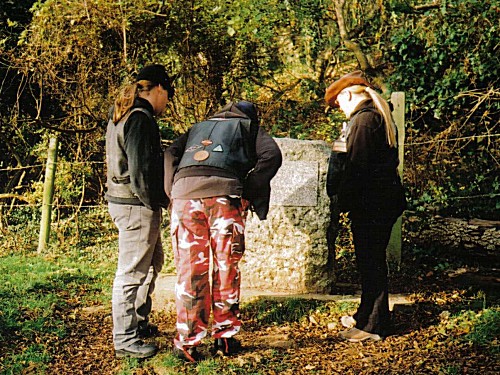 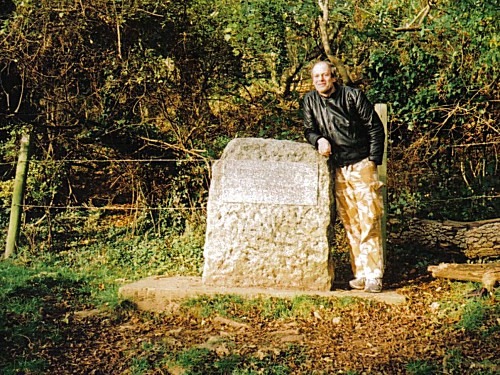 Back at the site more cider was consumed before I passed out in the tent missing the nights rock disco.

The ride back was in heavy rain.