Woburn pictures from the 1960s

Chris Mansell and Clive Hodgkin were members in the 60s and posted a few pictures to be added to the site. Christine (now Mrs Hodgkin) was club secretary and received the BMF challenge trophy for the best local club stand at Woburn. 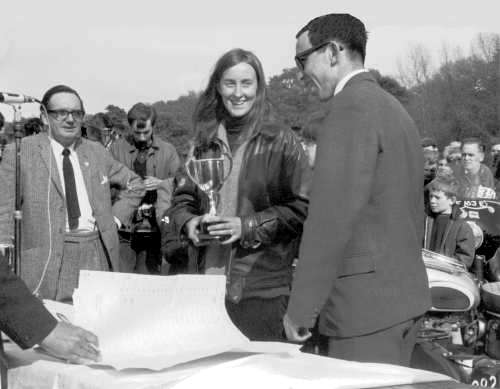 Christine holds the challenge trophy presented by the 'Old' Duke of Bedford whose hand is shown bottom left, watched by Jack Wiley (left), secretary of the BMF and after whom the first BMF premises were named.

Short hair, no beard and a suit does not disguise Ben Crossley. Even from the back only he could be so ugly. 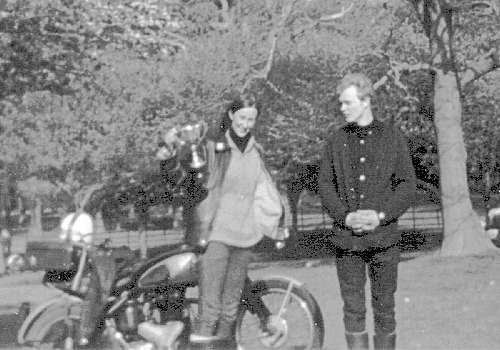 Once we had the trophy Christine would not let it go. Alan Watkinson was pressed into service as 'minder' to protect the silver. 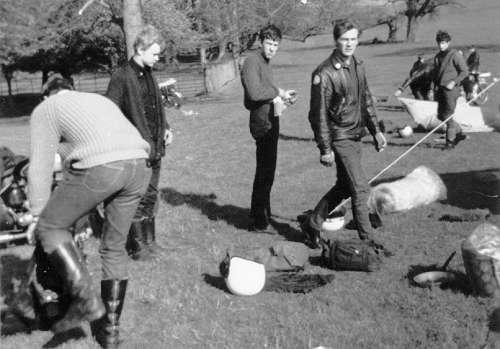 Leicester Phoenix campsites were always scrupulously neat and tidy except when we arrived and packed up to leave... 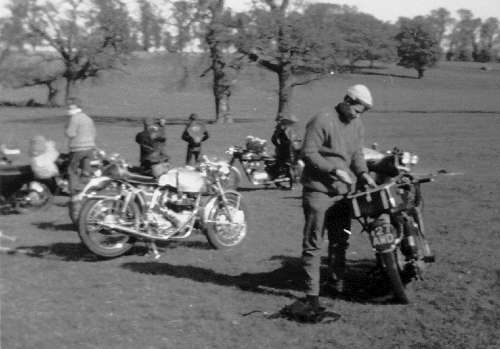 Judging by Mick Ayriss' headwear it must be Saturday.

Any ideas about the identity of the people in the background and the BSA? 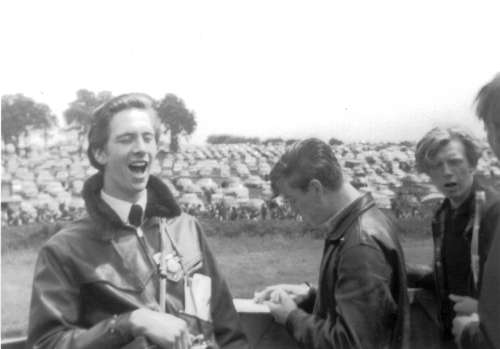 Lawrence Mounteney was amused by the suggestion that it was his round at the beer tent.

Fantastic to see where it all started - and that we're all still doing it.