Mike Parry has been a special friend for many years, since schooldays in fact, and between us we have covered tens of thousands of miles and attended many TT's. From 1975 onwards, we both started road racing, which soon became an all consuming activity in both time and money. Regrettably we were unable to attend many Leicester Phoenix club nights as racing activities grew. We had considerable help from Dave and Jane Stocker for which I am ever grateful. 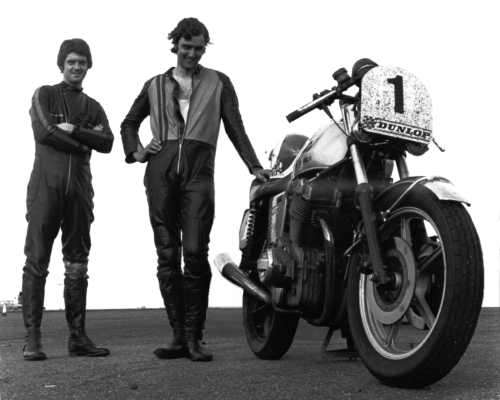 Several seasons of road racing produced a whole new set of adventures, with good memories and stories that just get better with age!! (the older I get the faster I was!!) 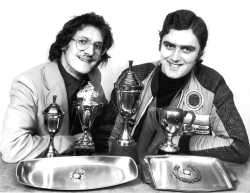 Roland Potter was another racer. He and Martin display their trophies for the Leicester Mercury. 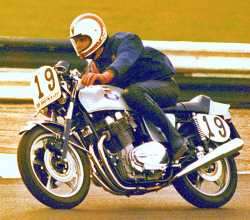 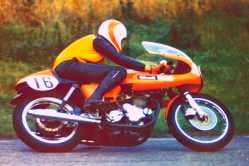 Seem to remember it was a 500 Suzuki not a Yamaha 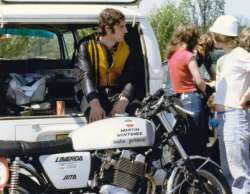 Martin with some fans in the paddock.

Below: A line up on the start grid. 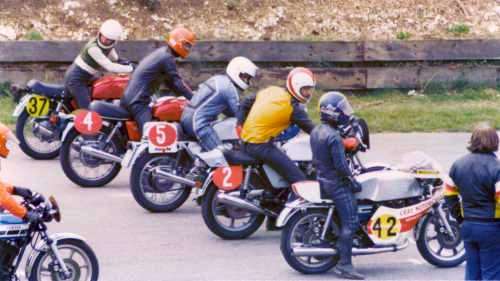