Pete Vines was Club Runs Captain during the 1970s and we enjoyed riding all over the country to pubs, race meetings, pubs, historical sites and ... er ... pubs.

These pictures are from slides given by Pete and Chris. 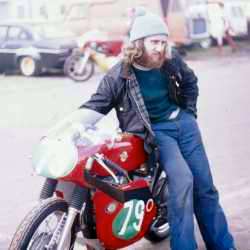 It didn't take Dave Smith more than a few minutes to figure out a use for Phil Freestone's race bike ..... 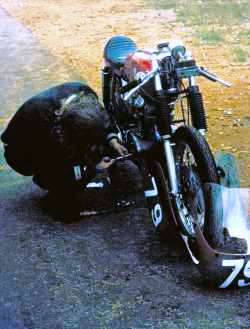 ....and just to make sure Phil didn't ride off on it Dave throws a spanner in the works. 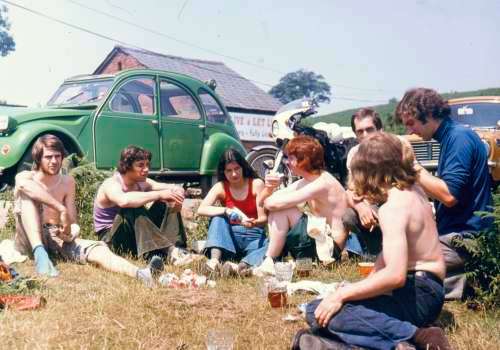 They should have guessed that playing cards with the locals at the Live and Let Live would result in losing their shirts. 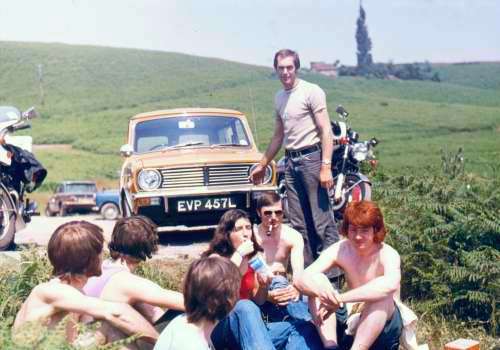 If Brian Porter had arrived earlier he could have parked in that spot. Meanwhile Richard Taylor does his Sherlock Holmes impression - or as near as he'll ever get. 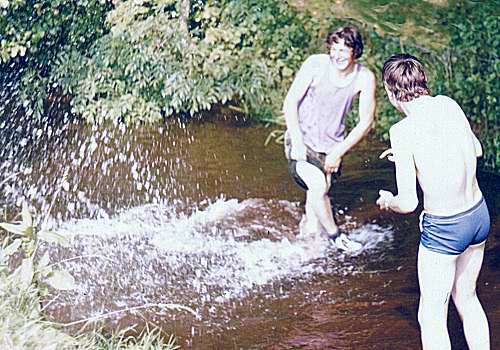 When Dave Stocker said he was going to splash out we foolishly thought he meant with his money. 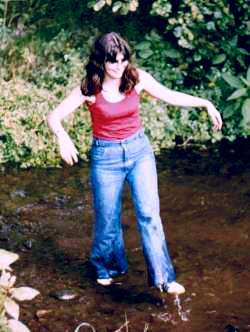 Jane Stocker models the wet jeans and shoes when we hoped it would be the wet tee shirt. 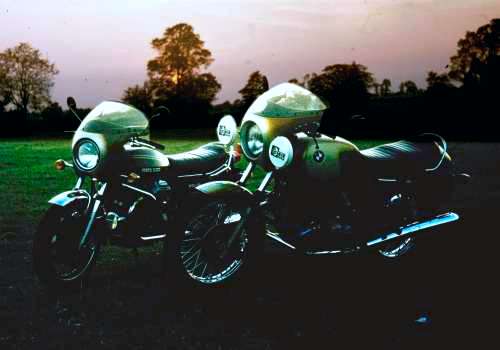 And as the sun sinks slowly in the west we say a sad farewell to days of long ago.