Michael's membership starts from the sixties and he has many photos and memories.

A photo from the mid sixties, probably at the Woburn BMF Rally judging by the sunshine. 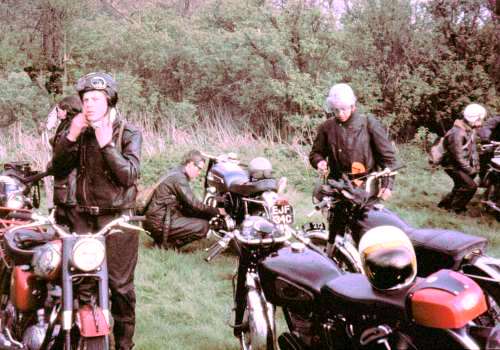 Could well be a late 60s invitation camp such as Hoton Mill, St Ives, Cambs. 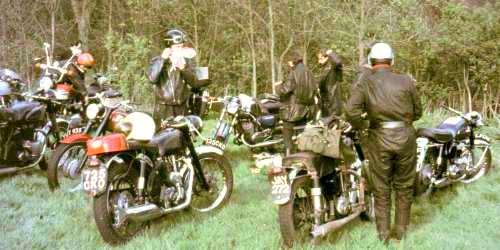 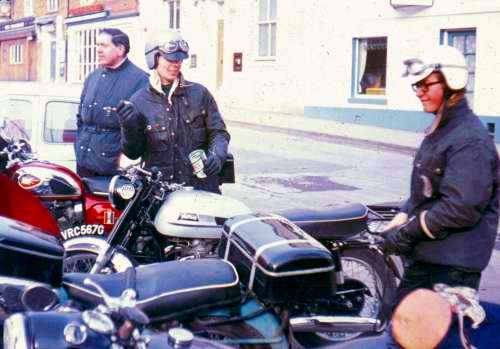 There is just a faint possibility that this could be a different motorcycle club.

This must be when they came out of a pub because no-one would hang about for photographs on the way in. 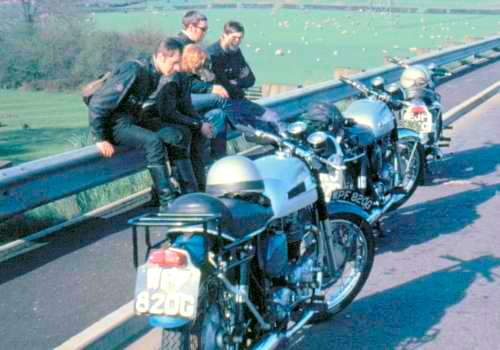 Members were compelled to stop and admire their new Nortons at regular intervals. 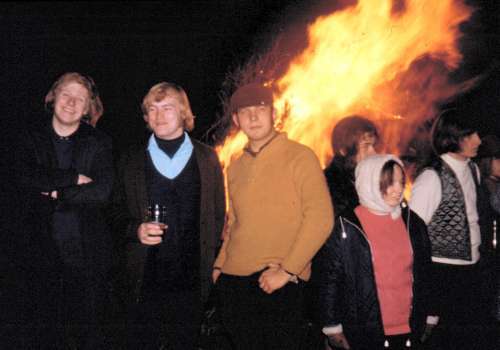 Could have been taken at Steve White's home in Dunton Bassett where he used to host the annual Guy Fawkes Night revelry. After burning the Guy we usually threw his Vespa scooter on as well.

Other pictures from Mick and Helen are located as follows.

Hello to Michael and family from Brian, Christine, Stephen & Laurie, Simon, Suzanne, Steve, Barbara & Zack Ayriss in the USA. We really like your photos!