Steve has a terrific collection of photographs with dates, places and people dutifully recorded on the reverse.

Therefore if there are any errors in the descriptions they are the fault of the webmaster. 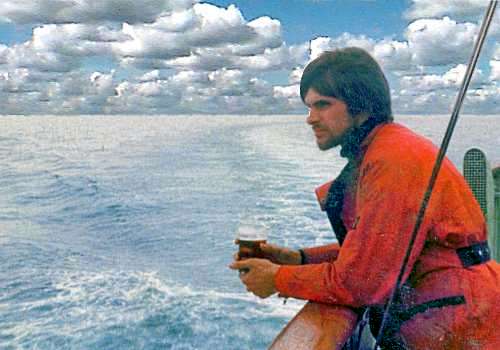 A typical picture of Steve on the way over to the 1979 TT.

Considering saving time by throwing his pint directly into the Irish Sea. 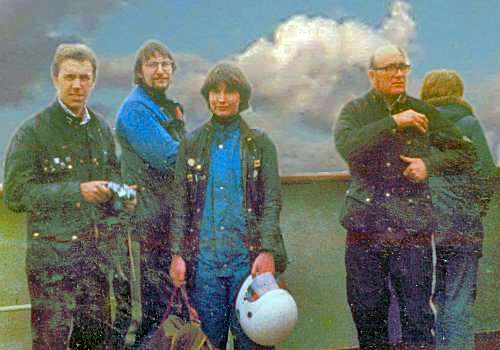 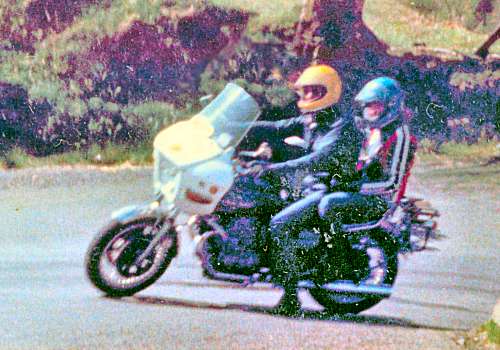 Also on the Island in that wonderful year, Mick Bond and Barbara Smith on their Moto Guzzi. 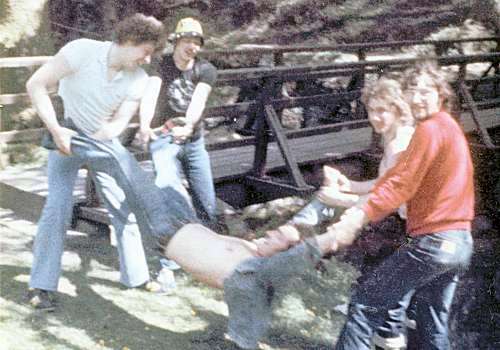 Not sure if Daz Mauger is getting birthday bumps or being thrown into the river. 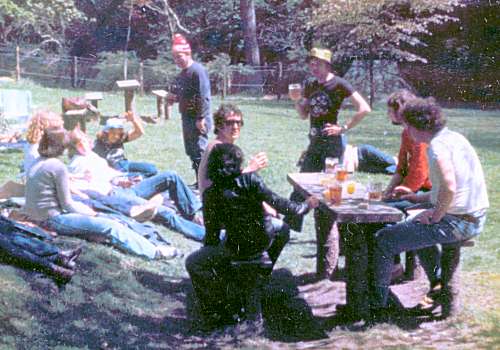 Another pleasant picnic, just after the main course.

As usual, the puddings come in pint glasses.

The Leicester Phoenix MCC members have never been superstitious.

There were thirteen on the 1978 trip to Cologne as well as gathered here on the Island. 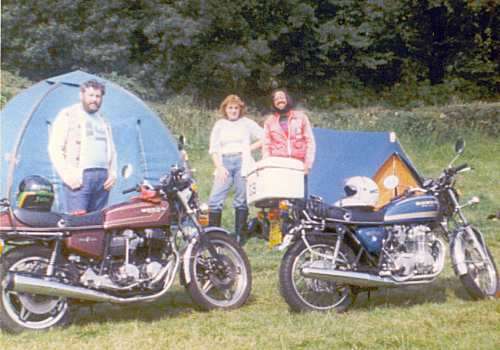 Devon in 1974 with John Beccles, Jane Bryan and Ben Crossley 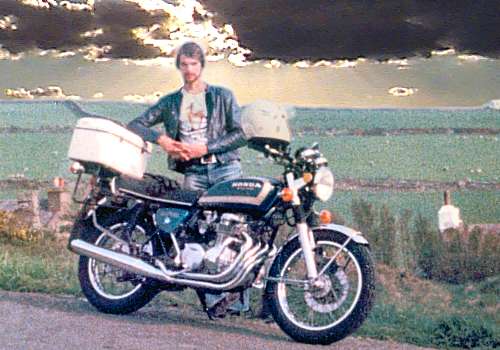 Many thanks to Steve for the excellent photos. More will be put on the site.