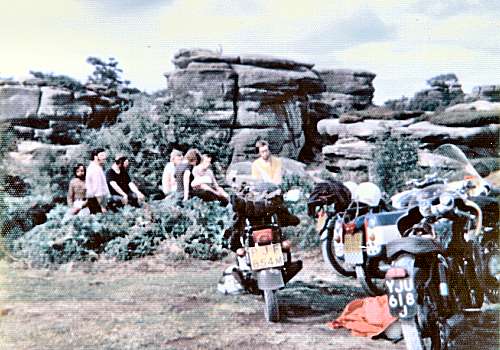 It was a good idea to bake our own bread at the camp site but we used far too much yeast. 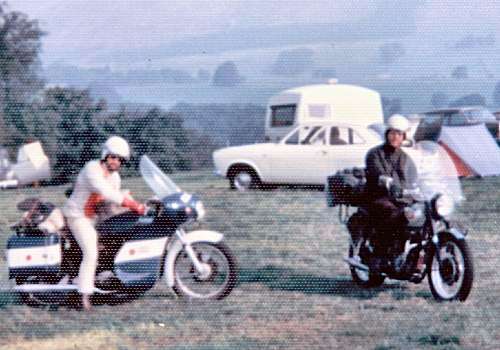 Also at Hawes. Was this where Kevin kept buying racing pigeons off the locals?

Kevin Brewin thought it was handy having Ben Crossley on a run when he wore his fly paper suit. 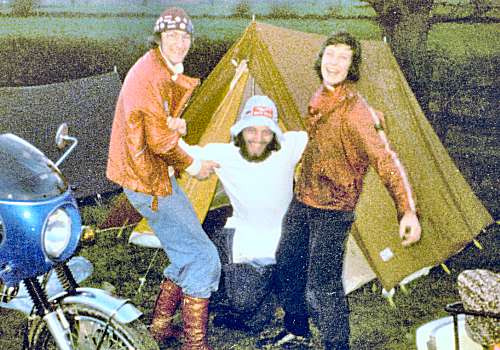 At a rally somewhere. (In case you didn't guess)

It wasn't until Terry Reynolds unwrapped the bedroll that he realised he had packed up Dave Hill at the last camp. 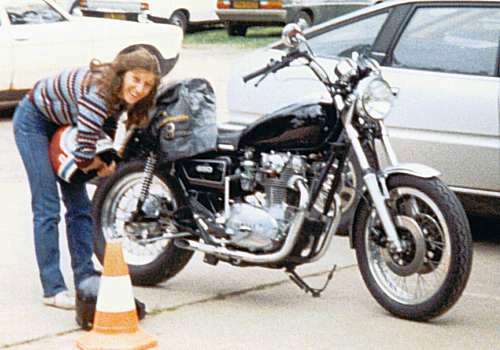 Not the club at all. Her fella was called Mick Devlin, and I worked with him at Apple Motorcycles in Queen Street, Leicester, near the Odeon.

The handlebars may have been OK for the rider but the pillion still got an awful crick in the back. 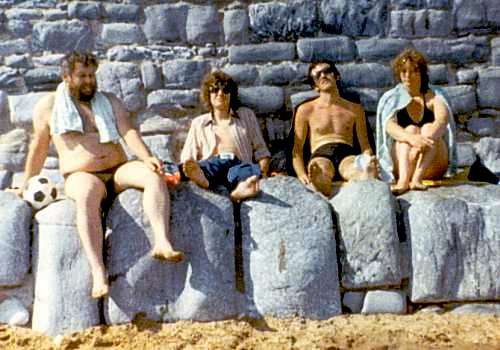 This microscopic view shows what happens to your teeth and gums if you don't brush after meals. 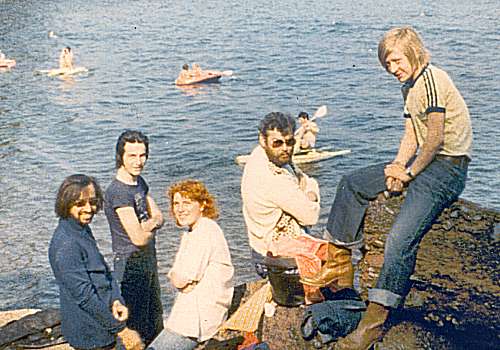 Weekend camp at Teignmouth. About 1977.

When they left their bikes in the car park the tide must have been out.