Gary was a keen member during the late 70s - early 80s and recorded runs and social events. At a recent reunion he passed on a CD containing scans of his old negatives, some of which are beginning to deteriorate with age or, more likely, alcohol. However most of the culprits are still recognisable and their misdemeanours will not go unpunished. 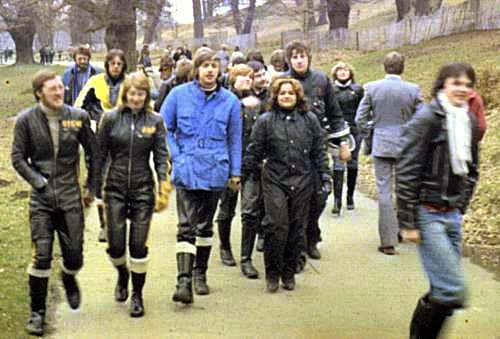 Taken at Bradgate Park. Bad enough when riding but when they dismount and walk the term 'RABBLE' is flattery. 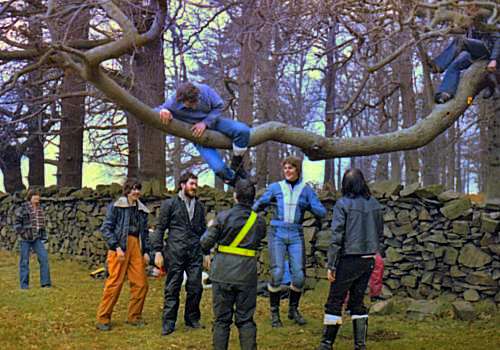 A howling pack of dingos chased their prey up a tree.

Among the cast of dingos are Haydn Wyatt, Daz Mauger, Andy Wagg and Martin Needham. Know any others? 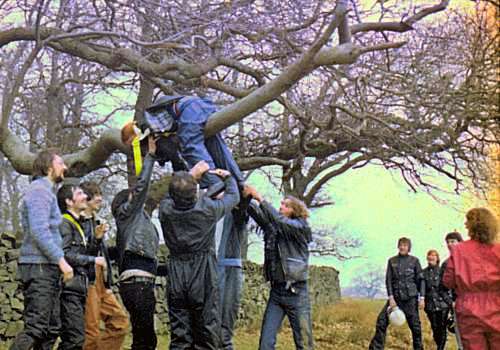 This one was too small to eat so they threw her back up the tree. 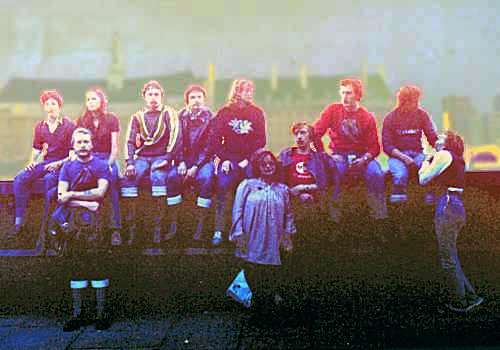 Taken on the club run to London this picture shows convicts at Greenwich Wharf awaiting transportation, or maybe the pub to open.

Some escaped and made it back to the club room. 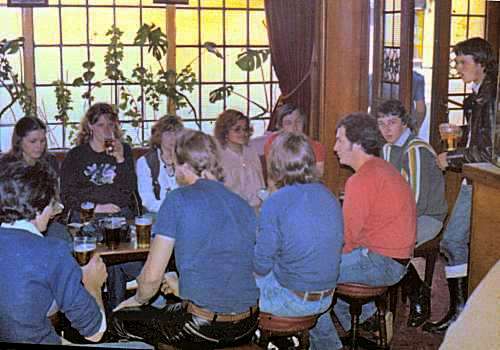 Another unusual pose for club members. Sitting inside a pub rather than a) Stoned under the table or b) Ejected by the landlord.

If you know anyone on this picture, finger them for the usual reward. 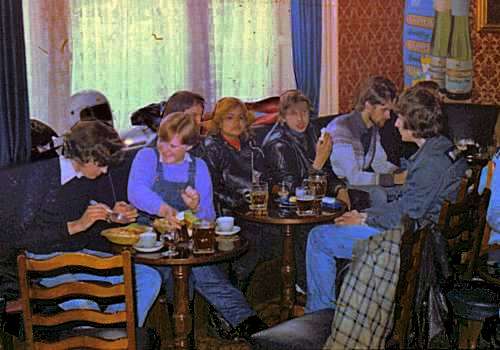 It took some time to get round all the London pubs. 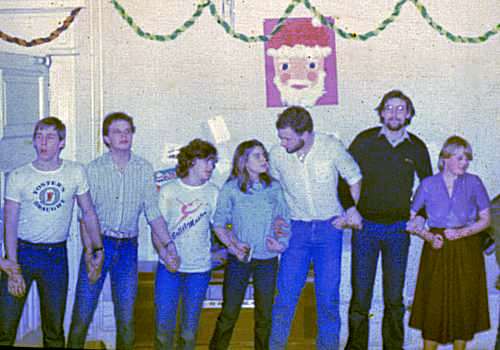 Either a police line-up to identify who mugged Santa or some game at the Toy Disco. 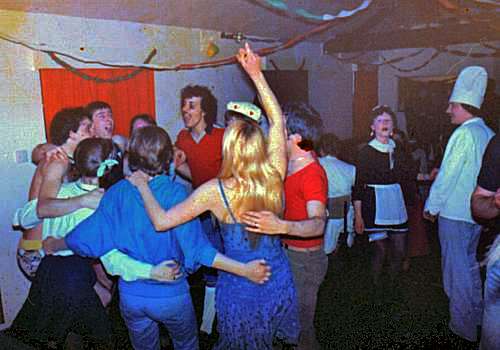 We are trying to pass this one off as a Fancy Dress Party. No-one will admit that is how they always dressed when not on a motorcycle.

There are lots more pictures from Gay Cox and they will be added to the site. Some Blackpool photos are on the Blackpool Club Runs page