There were a precious few moments on the Isle of Man when Steve White was neither boozed up nor scratching round the circuit (nor both). So he took these photos. 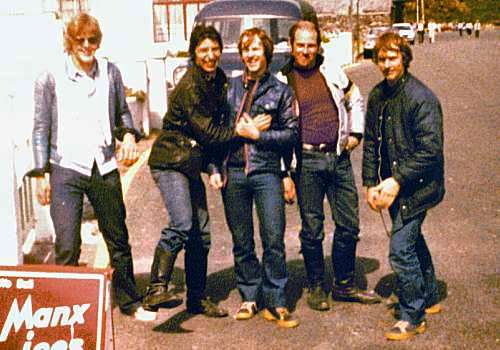 Can we have some help with the names here? Martin Needham, John Newitt, Ken Randon we remember. The others we are not sure.

Everyone got a body search for concealed ice creams.

The other two people in the photo are Philip Shardow next to me and his twin brother Donald. 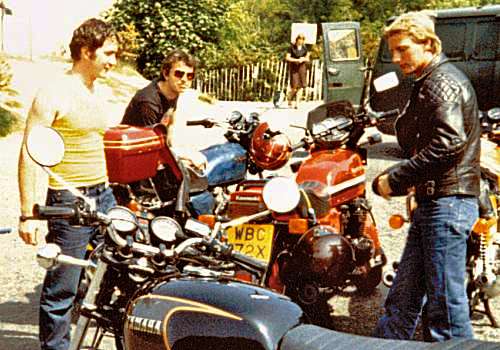 Just past that point when all the bikes start to look the same. 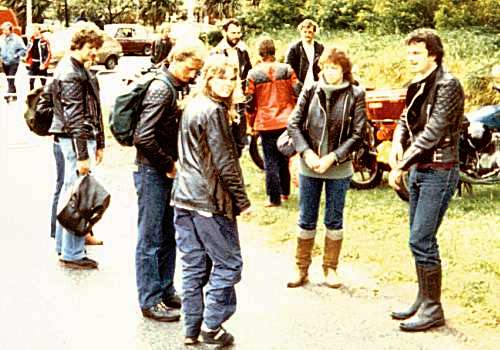 IoM TT, behind the grandstand area in Douglas. From left coming forward to the right: Steve ?, Vic Lowen, Sue Gandy, The two blokes at the back, facing camera are unknown, but talking to Clare Hunt in red jacket Lila Hessin, Paul Lockwood-Lee. 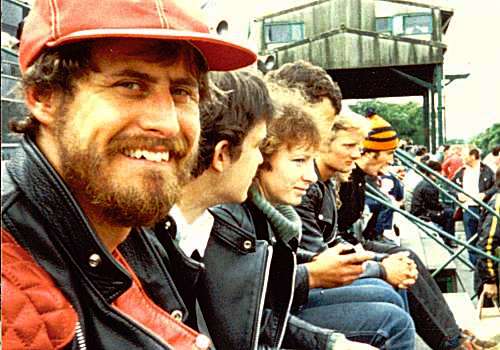 Francis only sat there because he thought it was the queue for the barbers. 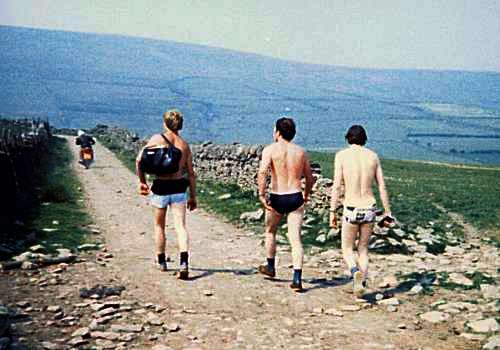 In case you didn't want to recognise them without their clothes these are Vic Lowen, Daz Mauger and Paul Lockwood-Lee.

When the bandits made off with their bikes, money and clothes there was nothing left but to walk home. 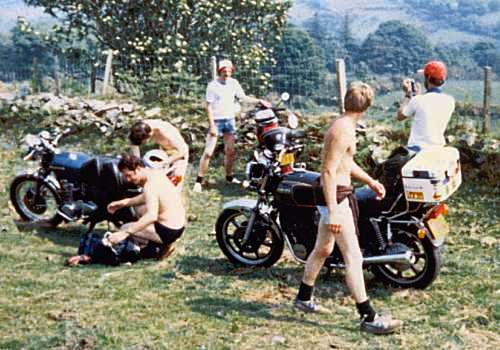 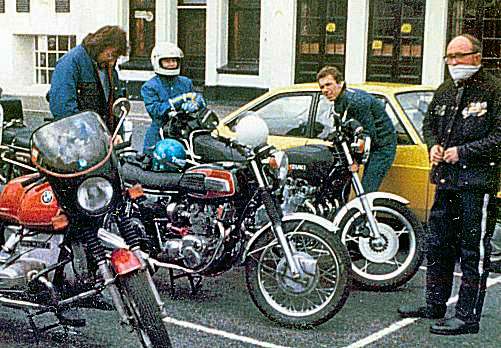 We always expected hold-ups on club runs, but not by Reuben Wesson in heavy disguise.