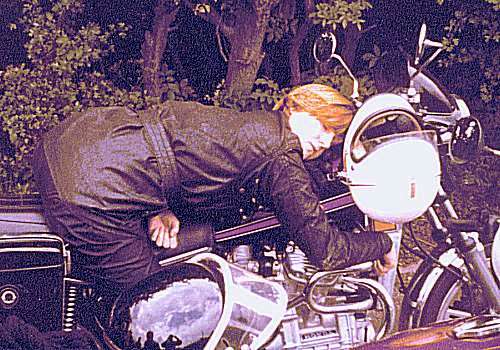 Carl Wykes (then) girlfriend on his CX500. Club run to some kite flying festival at a Weston Park, a stately home just off the A5..

A CX500 may not have a featherbed frame but it works just as well. 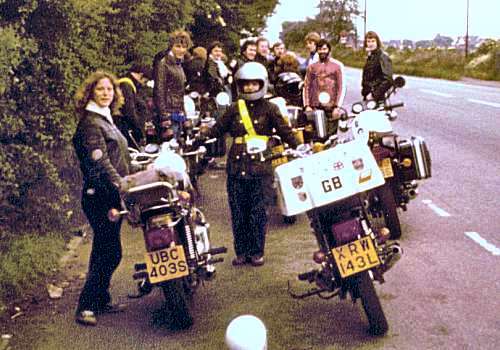 The club run would have made better progress if the tail-end-charlie was also on a motorcycle rather than a pair of plimsols. 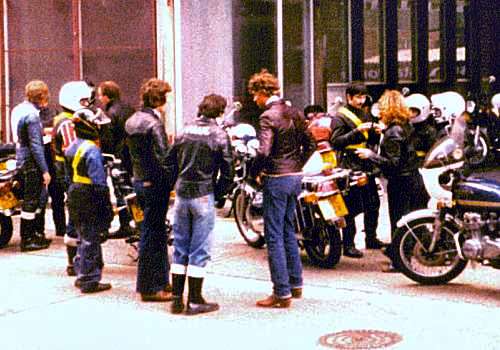 Lee Circle was still the starting point right into the 80s. The riders could wizz round three times to build up escape velocity. 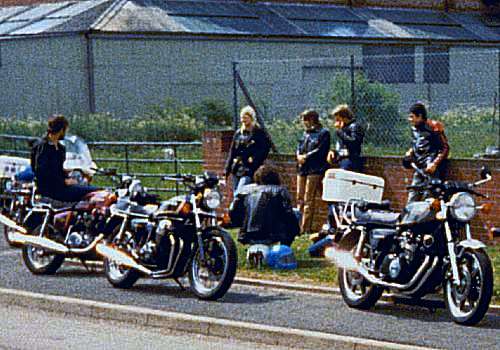 Leicester Phoenix Motorcycle Club members are always willing to prop up an unstable wall or to try to hatch a helmet. That might be Sue Gandy & Vic Lowen, in the middle.

Members never fell out even when no-one remembered to bring the sandwiches.