Despite miserable weather there was a good turnout of members to meet up with Chris Mansell and Clive Hodgkin. Fourteen past members turned up and we cannot complain about Roland Potter being late because he did arrive by motorcycle. 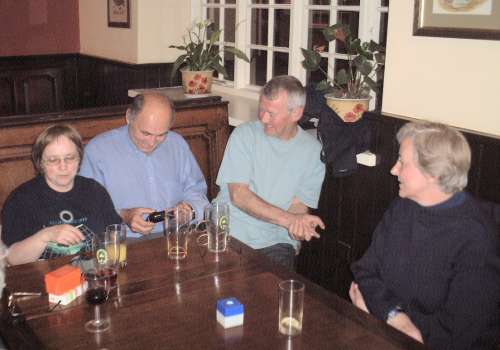 There should be some other photos to add to the site so long as Ian did not succeed in prising the back off Helen's camera. 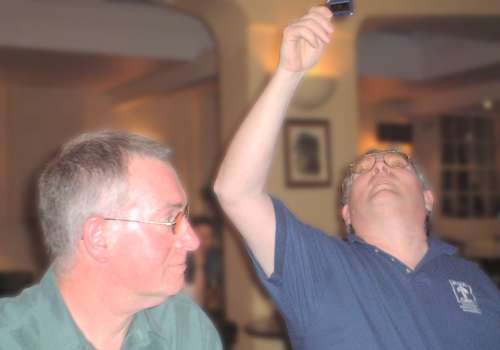 While Terry looked at slides of old camping rallies Tony recalled the smell. 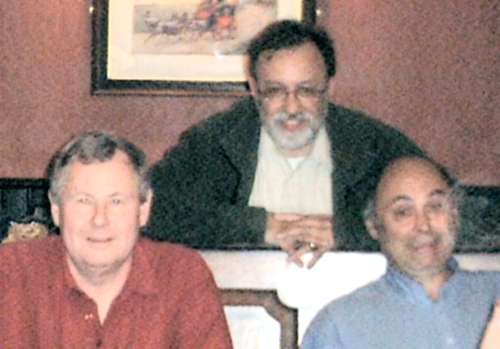 Mick and Ian tried to ignore the geezer doing the Chad impressions. 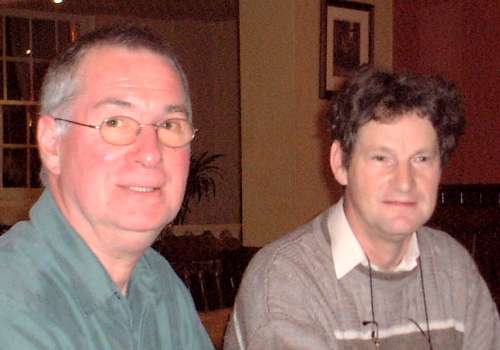 Tony and John waited in vain for a rendition of The Engineer's Song. 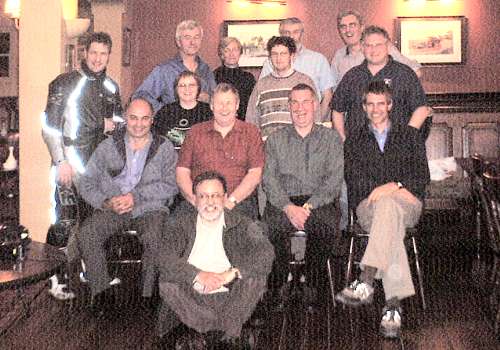 We waited until Alan Tabiner had left before we started the party.