Rod Hull (Pud) organised a skittles night to welcome Roger Whiteman and his family back over from Canada for a short trip. When his old LPMCC friends heard we gatecrashed the party.

The above photograph was emailed from Canada by Roger Whiteman after he returned.

Click on the curly top right to turn over Roger's other two pictures. 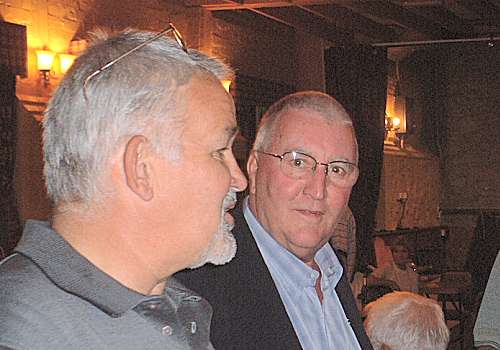 Exceptional past Phoenix ex-patriots on a return trip to the sixties. Roger Whiteman now lives in Toronto and Derek Foster lives in Tenerife

So, where do they go for a holiday? 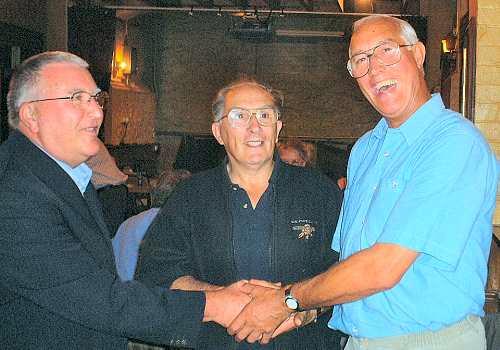 Ron had met up with Derek over in Tenerife in January. They continued the revelries. 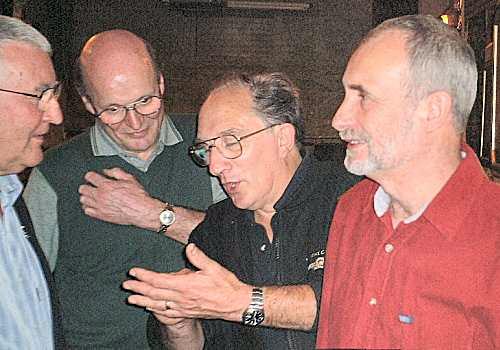 After Mush had shaken hands with Derek he remembered he needed to check he still had all his fingers. 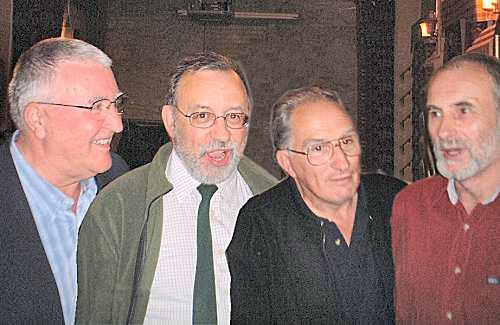 The excuse for the evening was a long alley skittles match. Here are four of the skittles just before they fell over. 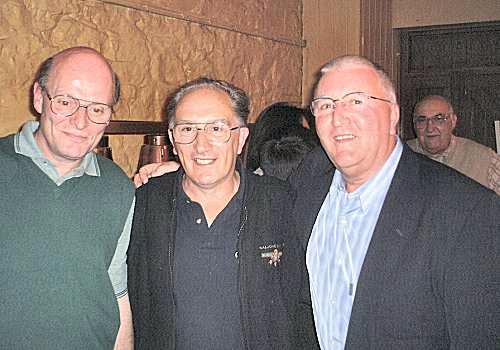 Dave Parry, John Muschialli and Derek Foster with Rod Hull (Pud) closing in from the background

They were hoping Pud would not ask for the room subs. 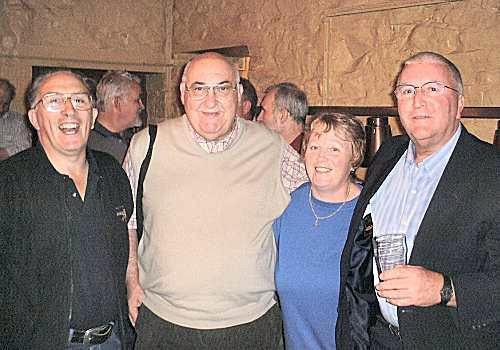 This could have been any 60s club night at the Rocket except for the lads' hair colour.