After the initial rush to welcome Roger Whiteman and Derek Foster back into the fold we were able to enjoy a combined evening rediscovering tales that we hoped had been deleted from police records through the Statute of Inebriations. 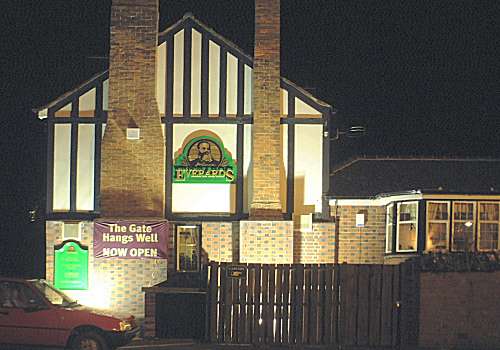 Surprisingly good condition considering the damage caused 42 years ago with the founding of the Leicester Phoenix Motorcycle Club. 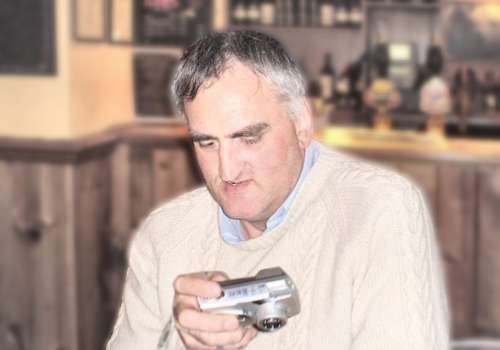 That is not a miniture camera held by Gary Cox. It is a very big hand.

I hope Gary will add his pictures to the collection. 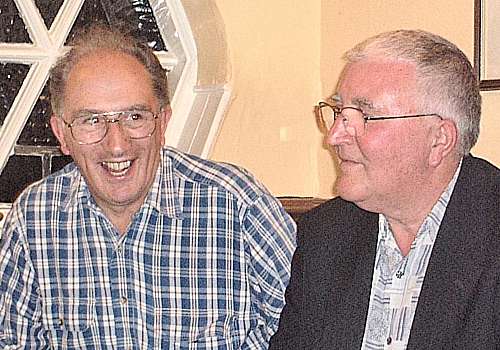 John Muschialli and Derek Foster hope it is not another twenty years before they meet up again.

That would be far too soon! 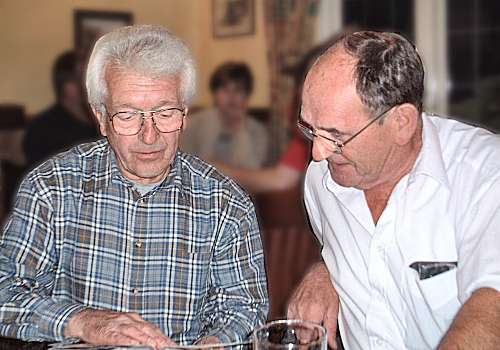 Warwick Pople was reminded by Brian Gamble about the time they rode up a mountain. Warwick had the photos! 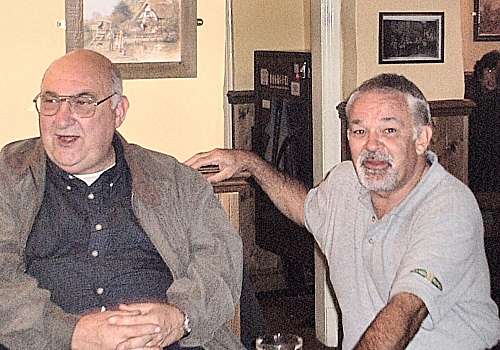 They are still good after all these years. 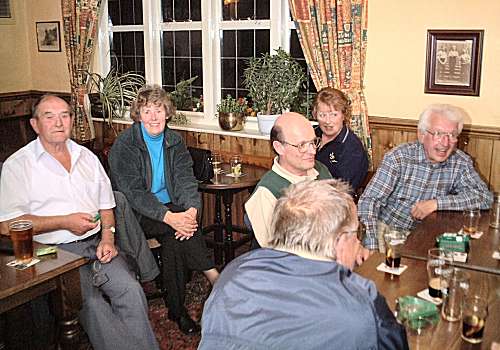 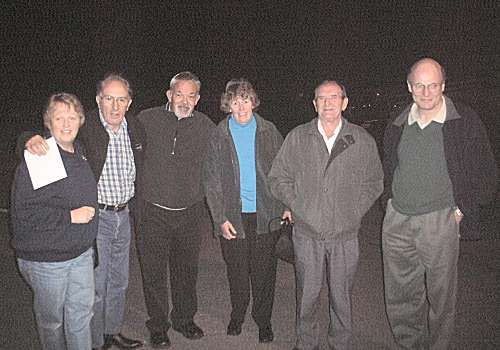 In the car park after being thrown out for singing bawdy songs.

No-one minded the words but they were badly out of tune.