A crowd of past members gathered at the Golden Fleece, South Croxton to recall good times including the dinner dances held there in the seventies. Reports and photos are filtering through the grapevine which may be why they are a bit blurred.

A big turnout, despite some fog, and two actually arrived on bikes... Roland Potter and Steve Brown (who has just changed his 750 Commando Fastback for a 750 SF1 Laverda - shades of Phil Freestone in the 70's?). Attendees were:

A good few pints of County were consumed, and we told the landlady that Ben'd settle up later, cheers! Many digital photos were taken by others, such as Gary, & Phil/Clare. I took a few pictures on an old fashioned light sensitive coated plastic stuff, so you'll have to wait to see them.

All in all it was a great night, with the usual 'Golden Fleece' sort of departure time, i.e. I got home today! 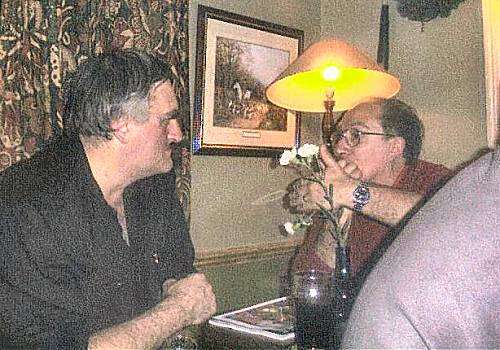 Gary Cox was not fooled by John Muschialli's heavy disguise using a lampshade and flowers. 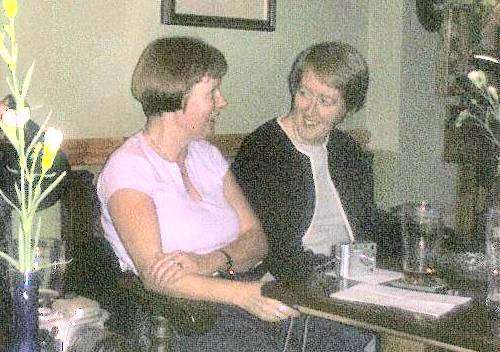 Sue Smith and Clare Freestone studiously avoided picking up the camera until Roland had moved on. 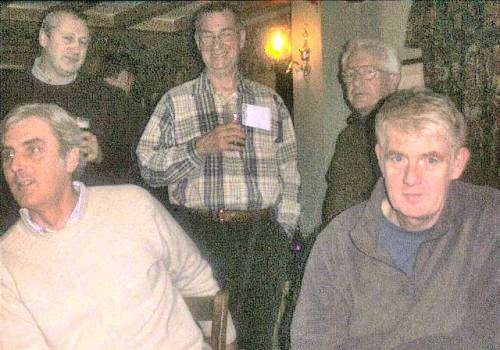 Martin Sentance and Mike Parry were thrown into a panic when they heard Tony Bradley building up one of his infamous chuckles. 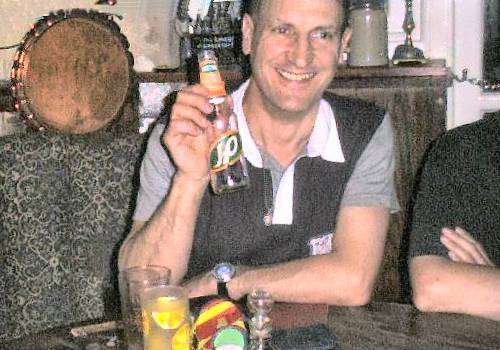 This was the closest Roland ever got to owning a John Player Norton. 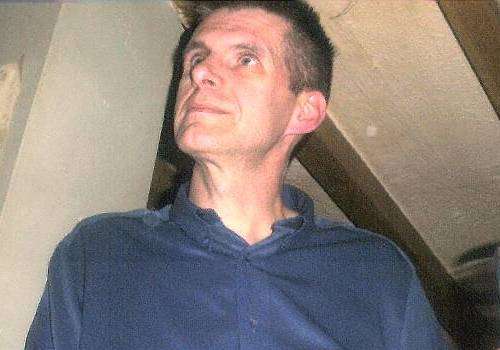 Steve White shows off a chin, ears and nostrils devoid of old age hair. OK Steve, now show us the palms of your hands. 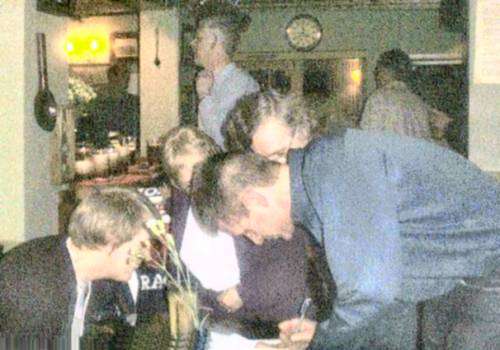 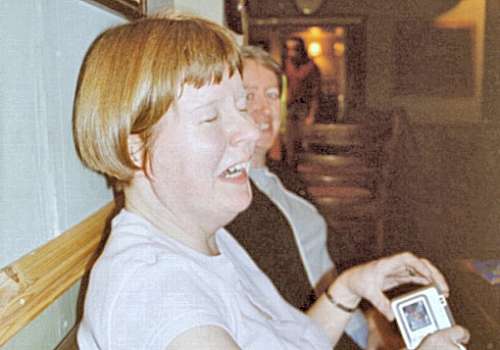 Sue Farmer (Oh, I think Sue is now known as Mrs Dave Smith) could not bear to look at the photos caught on the digital camera, so maybe they will not reach the website. 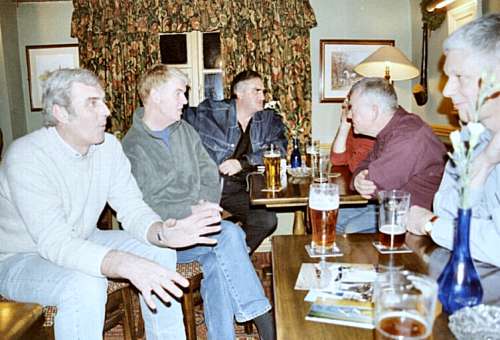 Martin Sentance has long since given up the air guitar in favour of this example of an air saxaphone. The rest of the band had forgotten to bring their air instruments.