The Kettering and District MCC is alive and well and living in the hearts of stalwart friends. We gathered at the Shoulder of Mutton in Foxton where we had met for a skittles match back in the 1960s. 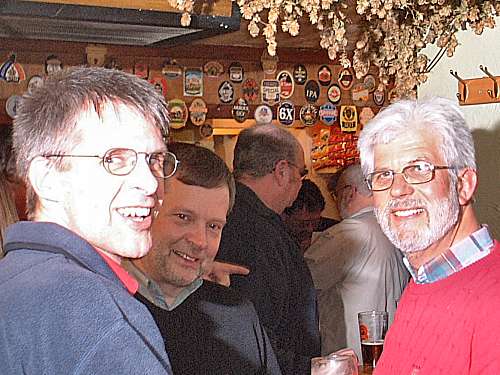 Steve White, Trevor Evans and Kevin Brewin were relieved when they spotted another past Phoenix member in the crowd. 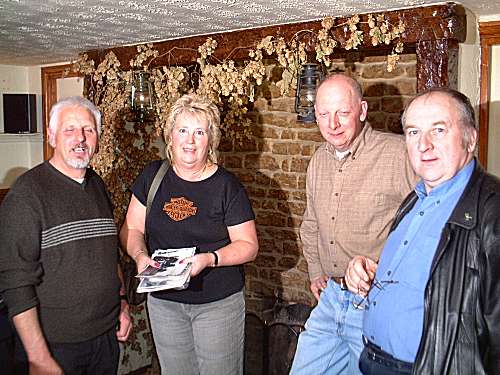 . . . and Robin Gilbey hired out his spectacles. 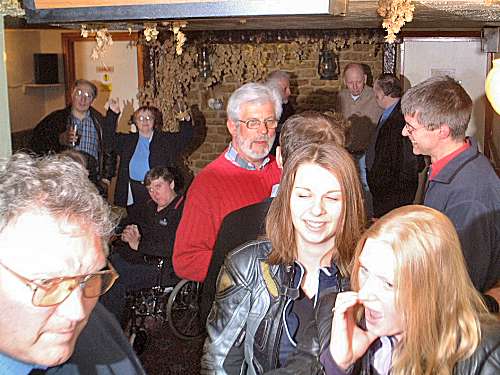 This was as close as John Muschialli and Helen Ayriss (top left background) managed to get to the bar. 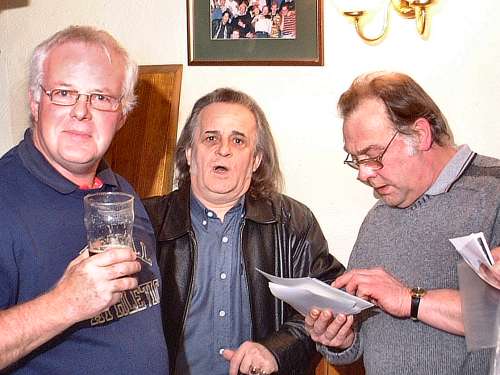 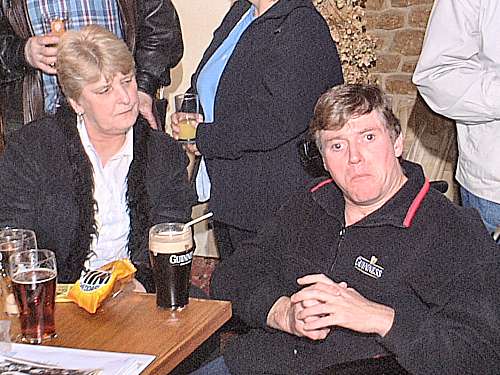 Mick Bedford was a bit put out because his PA had knotted his straw. 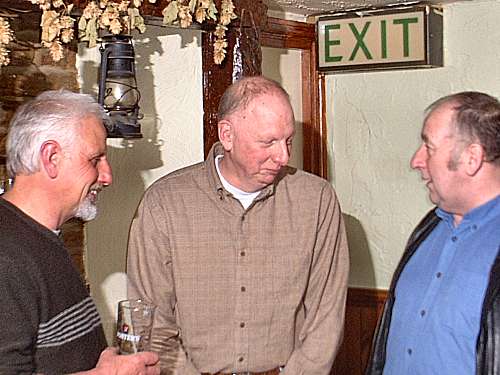 Colin Hill guarded the exit to make sure no-one escaped before buying their round. 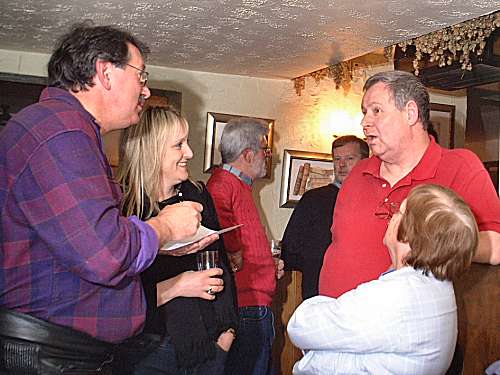 The ladies were enthralled by the discussion on the depth of nitriding on 1932-1936 Norton cam followers. 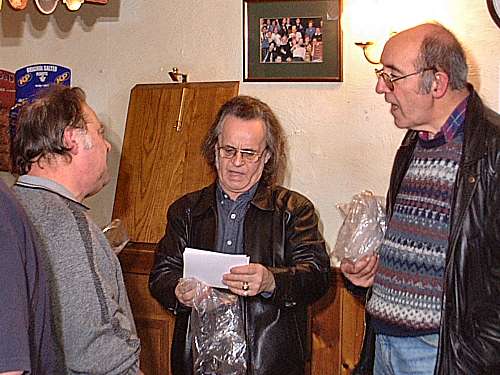 The Kettering and District lads checked the rota to see who had skipped their turn to pitch tent during the 1967 rally season.

Stuart Drage's old mates kindly pretended not to notice that he still has his hooter stuck in the glass after all these years. 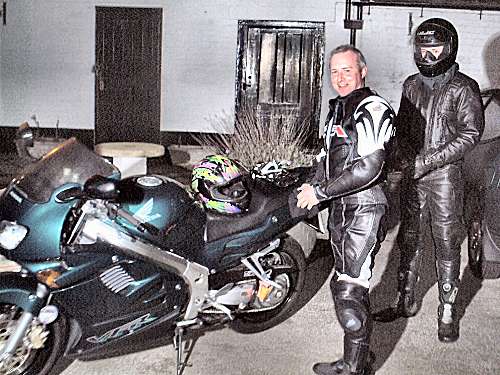 Many are still riding motorcycles and there was a good display of hardware in the car park. 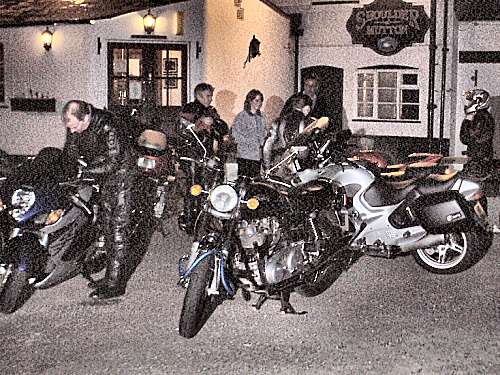 Just like the old days the K&D turned up mob handed. 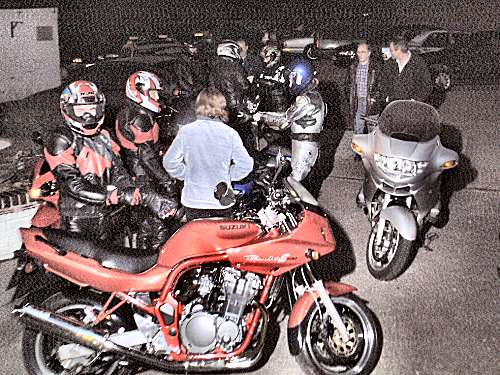 They recall many of our past members and promise a return invitation before too long.