It was not the Bull's Head and it was not Woodhouse Eaves but twenty ex members turned out to hurl abuse at Derek Foster and each other..

Brian Porter and Dirty Eddie recall the days when you could get a Tony Curtis for half a crown.

These days they only have half a crown between them and cannot affort a haircut.

Helen Ayriss, Ken Wells and Steve White ignore the biker who tried to gatecrash the party. 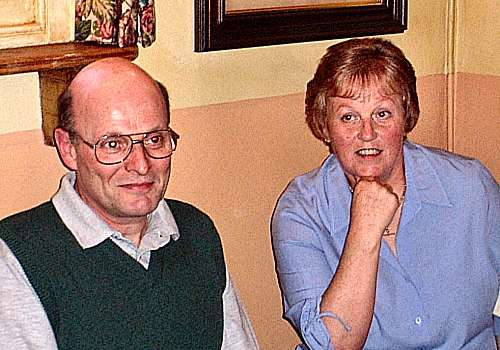 Dave Parry and Jan Muschialli are still a bit embarrased . . . 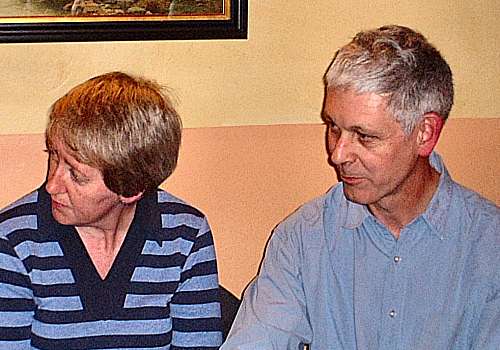 Clare and Phil Freestone were even more embarrassed by their antics tonight. 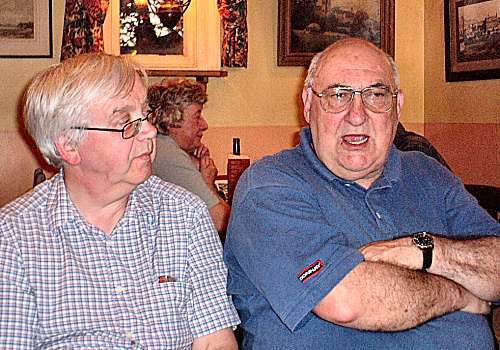 Rod Hull (Pud) told Peter Wright (Wishbone) how long it took to grow into his nickname.

Wishbone kept quiet in case he got his leg pulled. 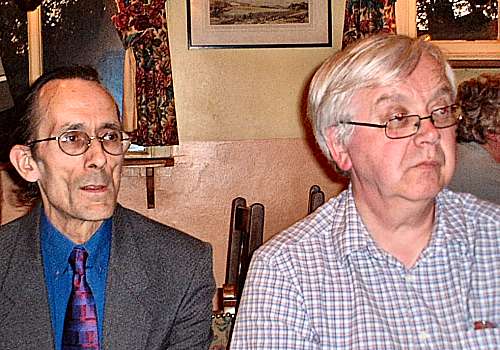 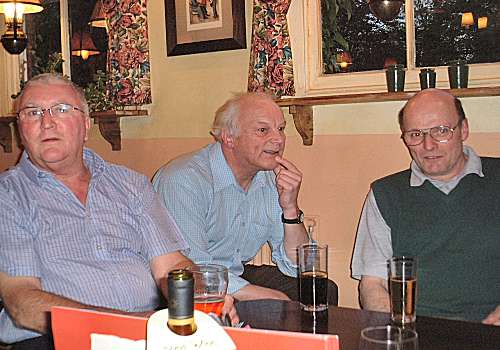 Derek Foster was keen that everyone should memorise the same story.

The more Ben Crossley had to drink the more frighteningly lifelike the Phil Freestone dummy appeared. 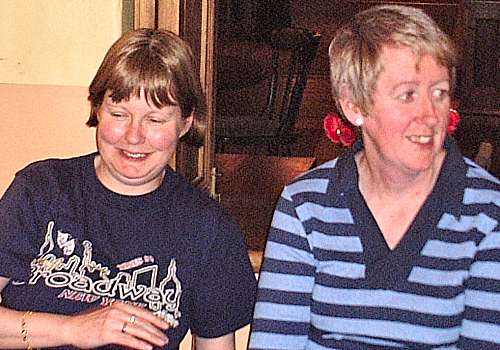 Sue Smith and Clare Freestone tried hard to pretend they were with people at another table. 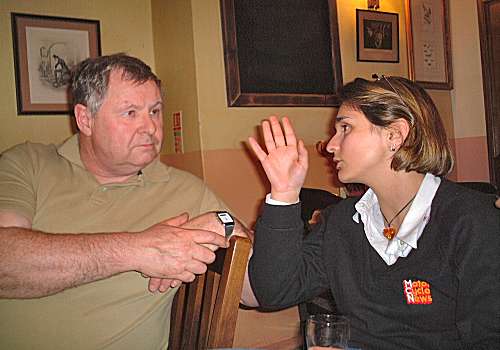 Mick Ayriss did not think that Rosi would ever learn to coordinate the correct thumb position for this English expression. 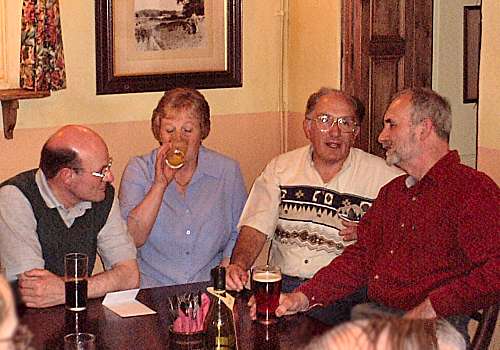 . . . that she tried to drown herself in a glass of orange juice. 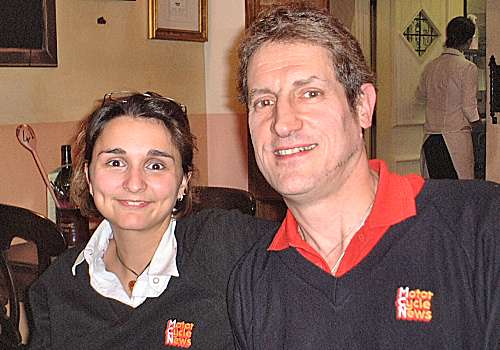