The Velo Rally at Stamford Hall has been a Mecca for past members for many years. A good turn out of motorcycles an riders but less of a crush than the VMCC Founders Day Rally later in the month. 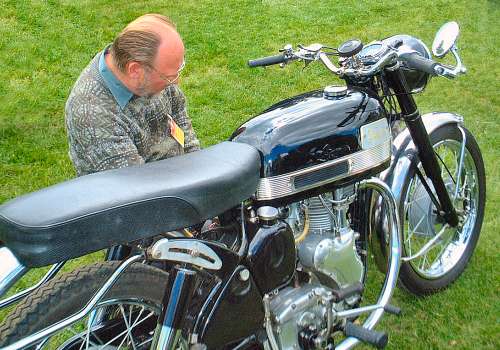 Geoff Lumley came down from Yorkshire with his Velo.

This was the first time we had met Geoff. 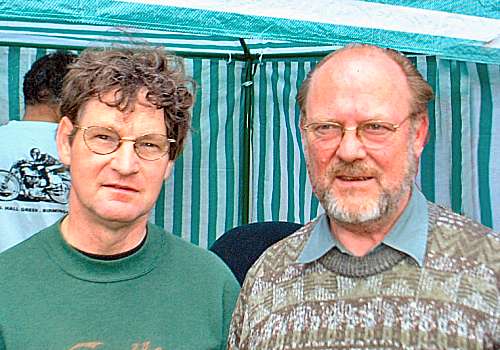 Geof told a few tales involving Ray Barton, Rob Burgess (Budge), Glenda and Eric Bailey. Don't worry, your secrets will be safe with us. . . and everyone else on the World Wide Web! 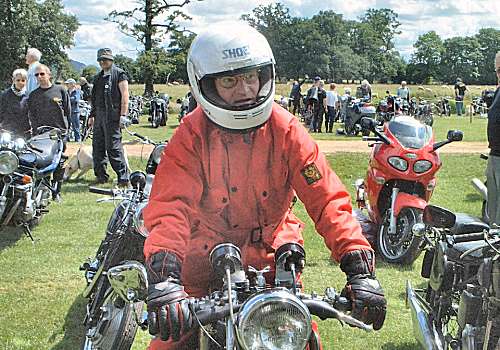 John Ashworth in his trademark red Belstaff heads for home.

Despite the audience John started the Velo on second or third prod. 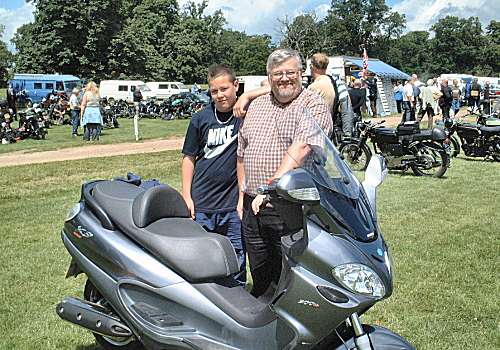 Rob Winnett brought along son Craig on what Velocette might be making today had they stayed in business and developed the Valiant.

Rob reckons to keep the Piaggio for a couple of years then trade for a Pan. 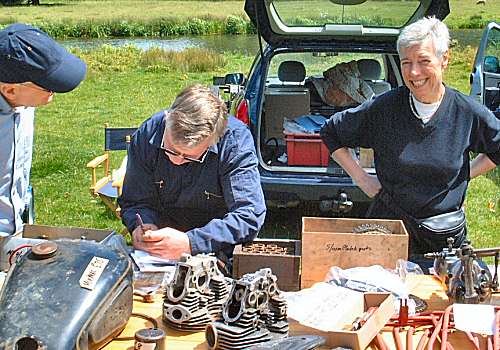 Pete Vines was selling the contents of his garage again to further subsidise his motorcycle aquisitions.

That is if he can prise the money back from Chris.

Steve White kept his shades on and tried to look as if he wasn't there. He hid his Norton at the back somewhere.

Helen and Mick Ayriss came hot-foot (on their Velo) from the National Rally having covered 400 miles marshalling (on their BMW). 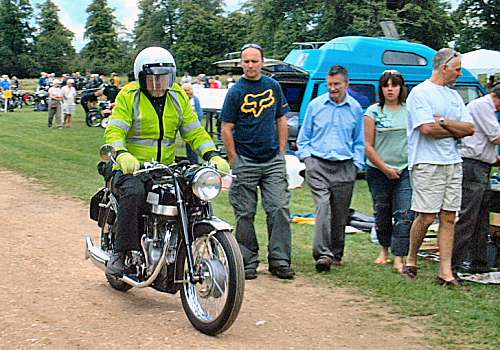 Geoff Lumley setting off home to Yorkshire (via Leicester).

Hi. My granddad is in those photos. :)

Thanks for I.D.ing the old guy, f. Now send us some photos of you with the old fart and his motorcycle.