Huge crowds turned out to Ashby Folville. Word must have got round that there would be a special event of historical significance. 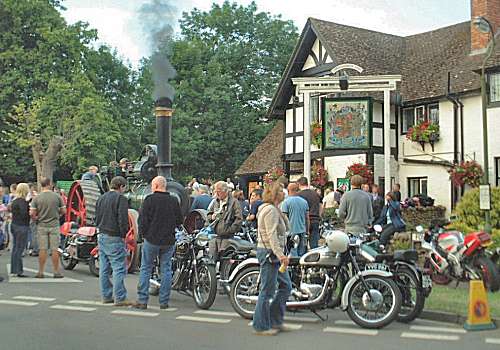 Wild traction engines would not keep us away. 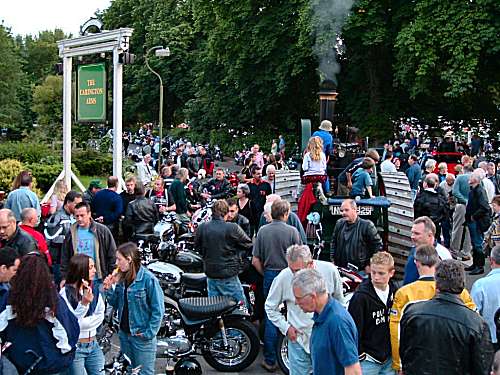 This model is more likely to pull the crowd. 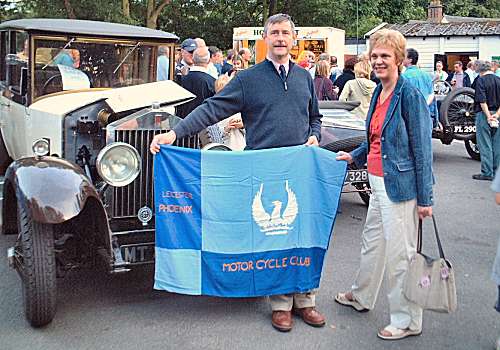 The special event was the handing over of the Leicester Phoenix Motorcycle Club Flag.

Sue and Eric Tindall had kept it safe these past thirty years. The flag is almost as old as Eric's car (but not nearly as old as Eric).

Peter Juby the club chairman with founder member John Muschialli at the ceremonial handing over of The Flag.

Ben Crossley was priviledged to hold The Flag for a full five minutes! 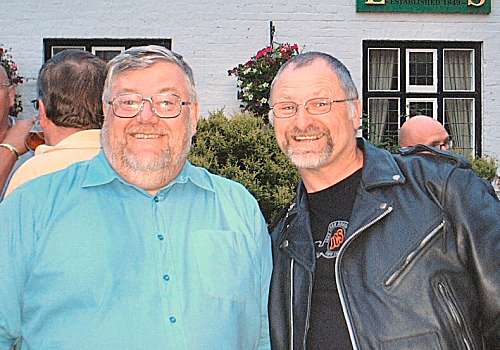 Rob Winnett and Richard Taylor did their double act as Laurel and Hardy.

Hardy any humour and not a Laurel laughs. 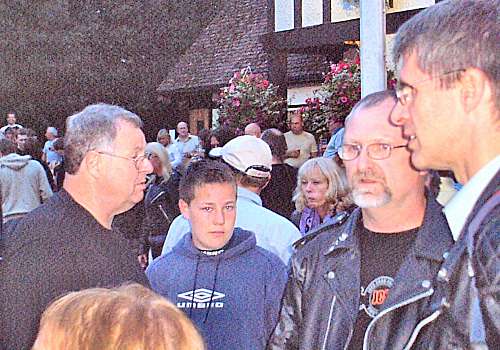 Richard Taylor and Steve White would be only too pleased to have the option.

Under the pub sign at ten minutes past the hour seemed to work very well this month. Martin Sentance also came but by then Ben had soot in the camera lens. Be thankful.