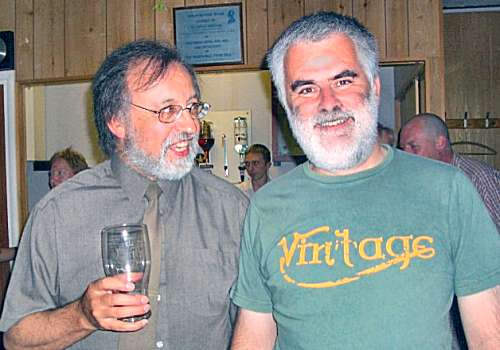 Ben Crossley was astounded that Peter Juby has reached this venerable age without resorting to dying his eyebrows. 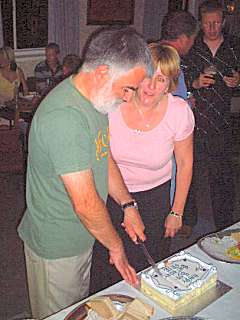 Carole reminded Peter that if he didn't give all the cake out tonight he would be taking it to work for lunch until his next birthday. 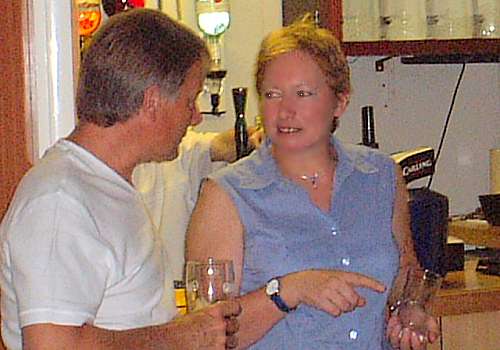 Lila Hessin was not interested in the philosophy "is the glass half full or half empty?". This one needed a refill NOW!

Members of the living Leicester Phoenix Motorcycle Club do what they are good at.

But while they were on camera they confined their activities to drinking and talking, things they are keen to get more practice at. 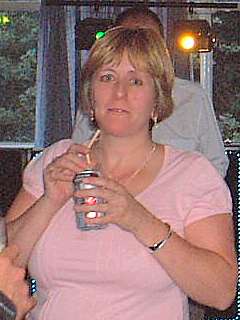 If Carole thinks that she can disguise half a bottle of brandy with this ploy then she has drunk more of it than we thought. 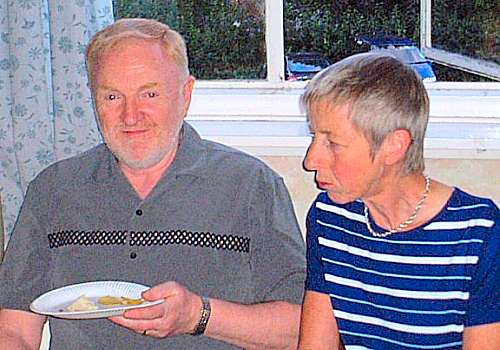 When he saw who was taking the photo it dawned on Wally Bradshaw where his piece of birthday cake disappeared to.