We knew it would be a good night out when Derek and Janice came over from Tenerife. Well, they needed somewhere dry to go out of the rain and wind. Any excuse for a night in a pub.

Eric and Glenda Bailey brought along a mint Leicester Phoenix Touring MCC badge that has been scanned and added to the regalia page. 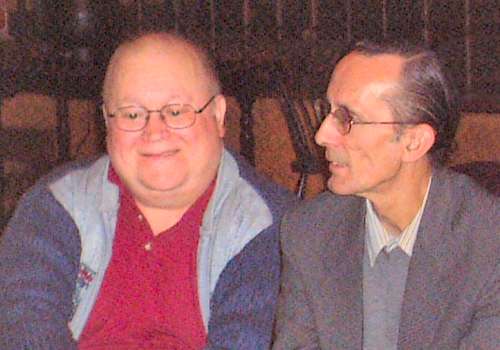 Bill Langley and Nev Baum recalled some 'hairy' rides. Ah, so that's where it all went!

Eric Bailey reminded John Muschialli that Warwick Pople had arrived too late for the carvery ... 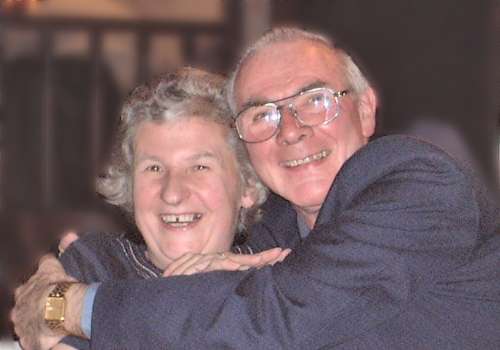 There is no telling what Eric and Glenda Bailey would have got up to if they hadn't bumped into people who recognised them. 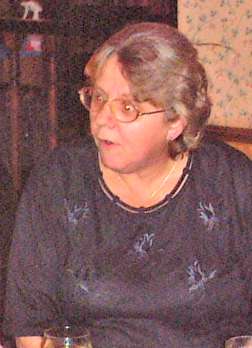 Sue Langley eventually tracked the party down in the restaurant and then promptly regretted it. 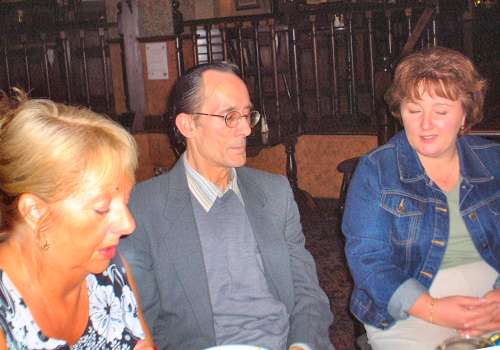