After last years successful Sunday lunch we subjected our families to another occasion when they could learn at what point our early lives took a turn for the worst. Blame the bad crowd we fell in with!

There were 28 past members, friends, families, bodyguards and erstwhile assassins gathered to cause the staff the maximum disruption. 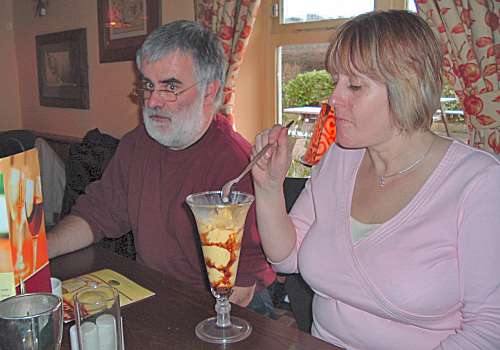 Peter Juby fell for the line about sharing an ice-cream . . 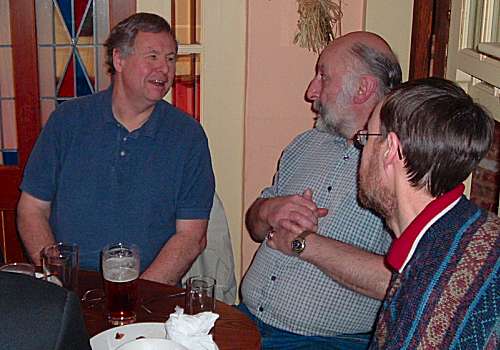 Mick Ayriss explained to Mike Fisher and Dave Scrivens that east of Birmingham it is still possible to obtain razors. 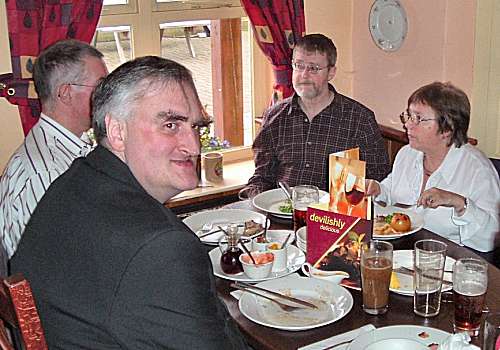 Gary Cox made up his mind that if the devilishly delicious pudding didn't come soon he would have to eat the cherry out of his pint of cola and orange. 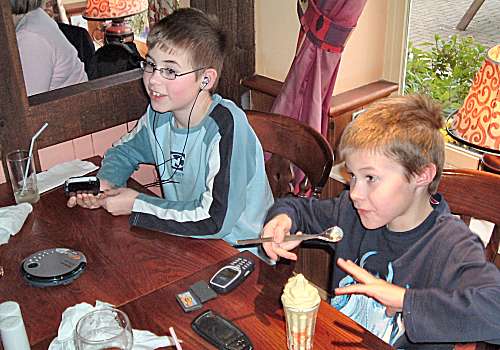 . . . there is no beating a good tune played on the spoons. 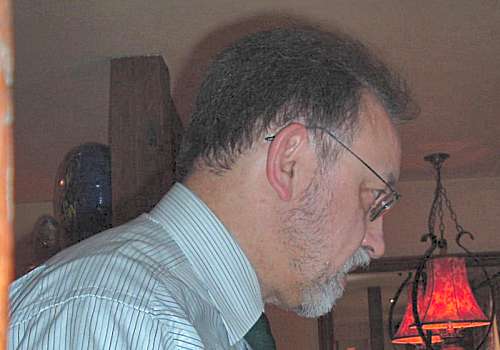 Nobody minds if Ben Crossley goes round minesweeping . . .

. . . but they object when he pulls the food off their forks. 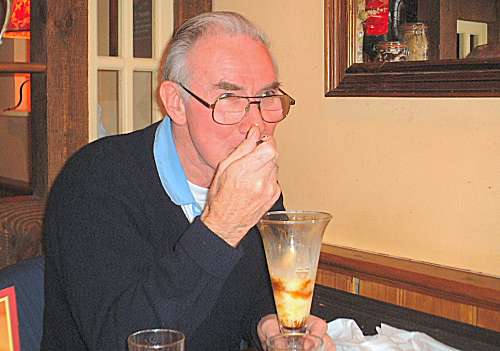 Eric Bailey claimed "Glenda is sweet enough for me."

... but that did not stop him having an ice-cream on the side. 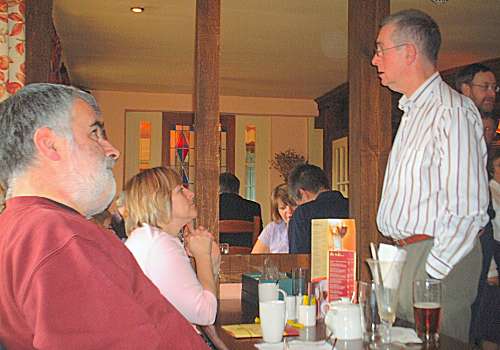 Carole pleaded with Tony Bradley to tell the one about the cat and the monkey.

... Peter Juby's prayers were answered when Tony couldn't remember it. 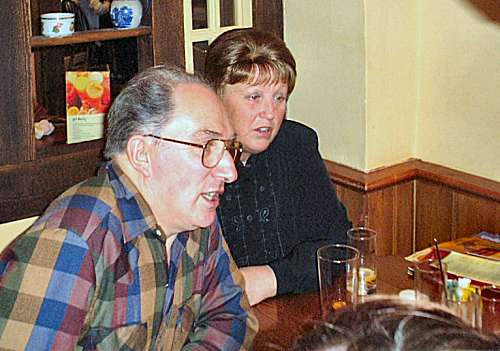 Jan Muschialli was very sad to see the toll that turning 60 has had on Ben ...

... because Jan passes the same milestone next Saturday! 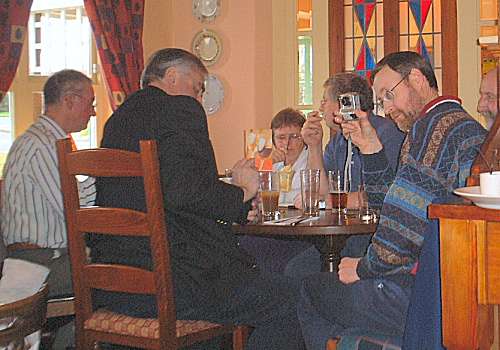 When Dave Scrivens took out his pocket battleship digital camera and bunker-buster ...

... Gary Cox feared the magnesium flash-back would take off his eyebrows again. 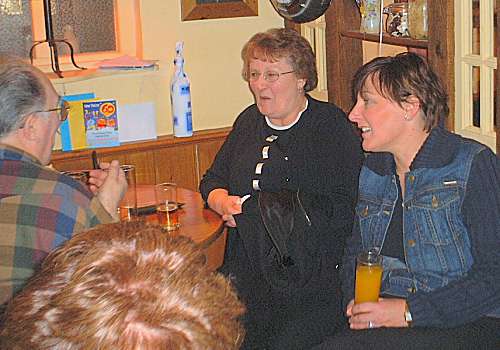 Jackie had to reassure John Muschialli that daughter Lynne would not be late for school tomorrow.

It was especially good to see Jackie's two eldest daughters again. Those girls must have spent their childhood dodging the oilstains left by a never ending procession of club members heading for Derek's workshop in the back garden at Mountsorrel.

There may be other photos to add soon.