What is so amazing about the spontaneous Ashby Folville gatherings is not how many people that you know, but how many you don't know. I must ask Mick Ayriss to introduce me to them.

This month I counted Helen and Mick Ayriss, Steve White, Terry Riddle, Craig and Rob Winnett, Mike Parry, Alan Parrish, Benny Caravelli and John Ashworth. Also a small contingent from the living Leicester Phoenix Motorcycle Club out for a ride before returning to the club night at the Heathcote Arms, Croft. Some were not quick enough to get away from me. 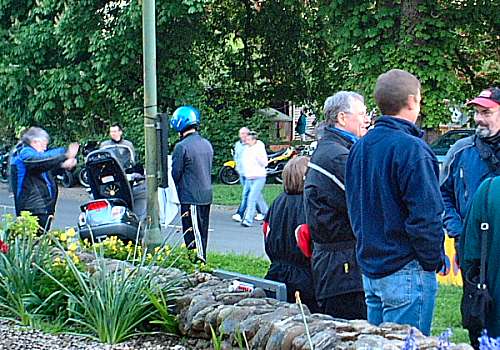 In the background Craig and Rob Winnett unroll a Pan Euro out of the Piagio luggage compartment. 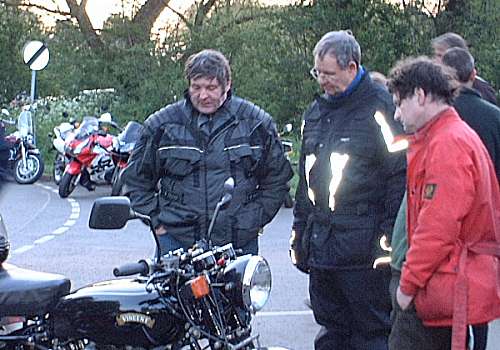 Mick Ayriss and John Ashworth, who came on their Velos, commisserate with Vincent rider Peter Bromberg. 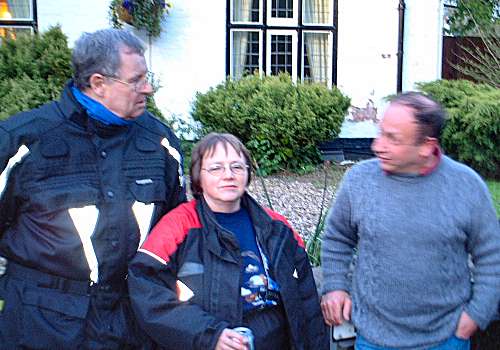 Benny Caravelli is off the crutches and says he will not be playing shakes and ladders for awhile. 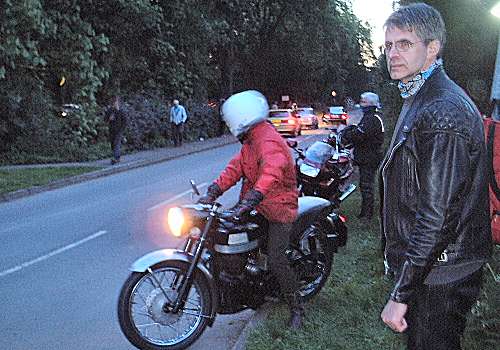