What a thrilling day we had!!

Left Walkers stadium at about 0930 in the company of about 200 bikes. We had a brilliant run to Shrewsbury football club, 107 miles, and arrived about 11.00hrs. 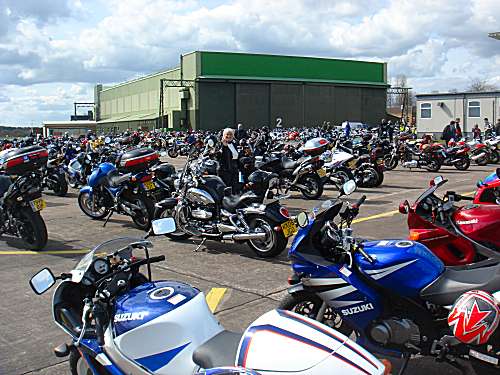 This was mostly motorway running but that's to be expected with such a large group. What a sight, even better than those 70's runs. 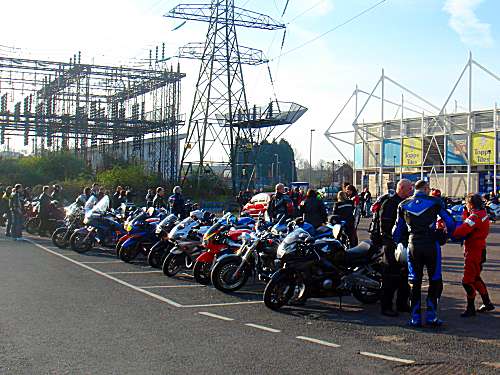 Weather was sunny all the way and was not to cold despite the early morning frost. There was an uncountable number of bikes at Shrewsbury with suggested numbers being up to 3000. Plenty of catering for those who needed it. Not Jane & I though. We always go on our runs prepared with flasks, sandwiches, crisps & chocolate. 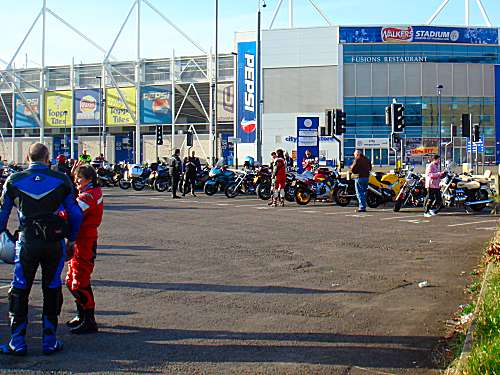 The 20 mile run on to Cosford was again beautifully sunny and quite a bit warmer than the run from Leicester. Arriving at the base we handed over our easter eggs, some broken, others half eaten and were provided with free drinks & bickies. 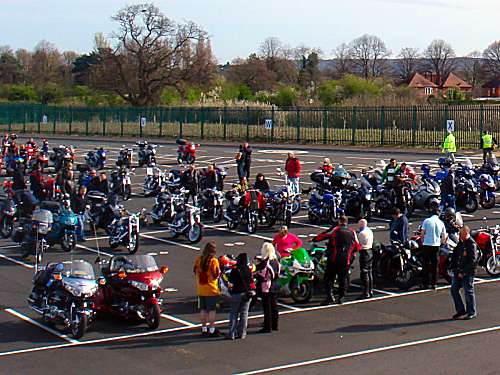 There was free admission to the museum which is packed full of interesting aircraft including the Vulcan. When you see that plane you realise what a task those guys had rebuilding the one at bruntingthorpe & what an achievement it was. The RAF personnel were much in evidence organising parking etc. 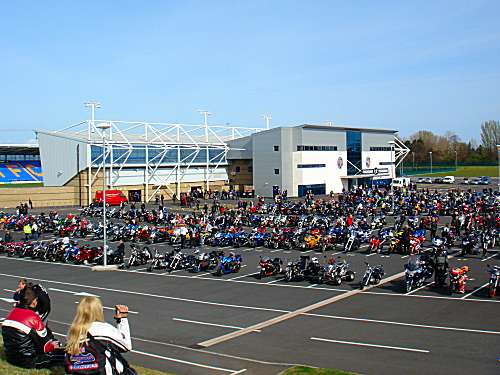 Decided to run back down the A5 to avoid the motorways and try to prolong the terrific day. 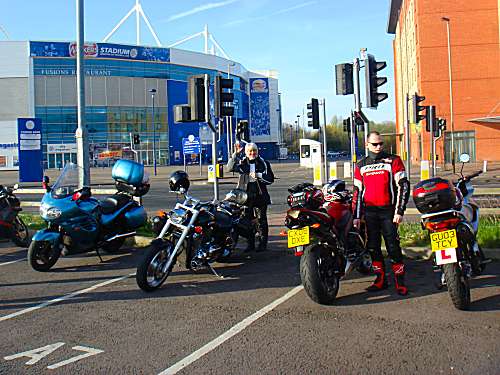 Had no response from my invitation to join us. Am I unpopular or are there no old Phoenix or Corby & Kettering members with bikes? Or was it too cold? Bikes still wrapped up for the Winter? 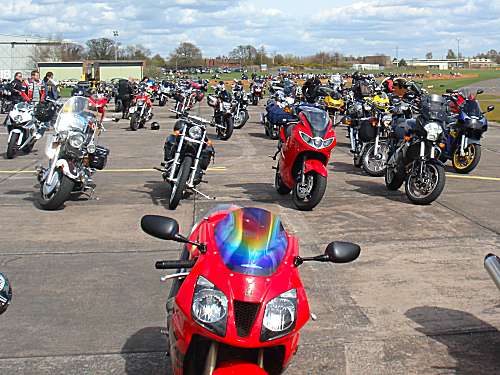 Come on, get those bikes out! I didn't have one for fifteen years and now feel 21 again when riding, but god do I feel knackered when I get off. Don't know how we managed to ride to South of France in '76. Did 5000 miles in four weeks with the Dunns without all the aches and pains we get now. Anyway a few aches is a small price to pay for the thrill of biking. 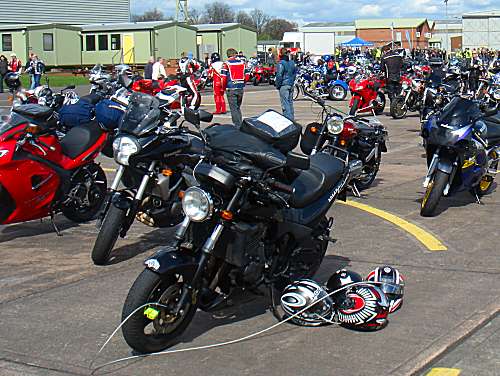 We will be going to east coast in Summer again, a nice run to Cromer then along the coast to Hunstanton where on Sundays there is a great bike meet on the front. Think about it, call me & lets set up a run like we had in the 70/80s. 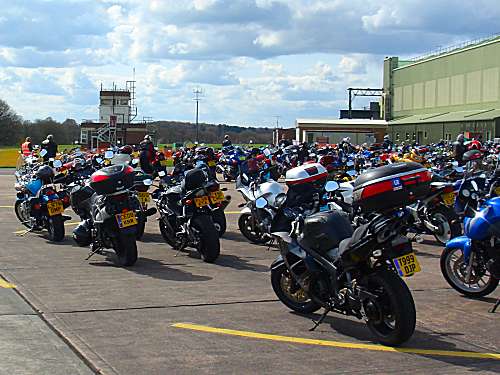 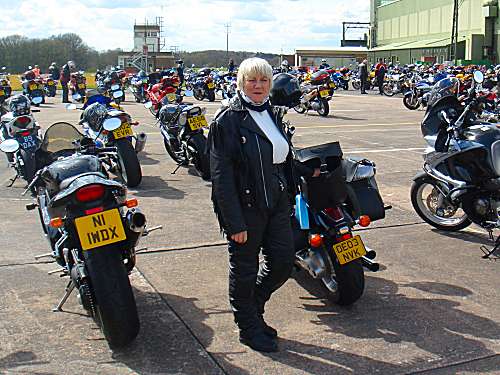 ALWAYS REMEMBER You're never to old to get cold and wet!!!

I think Dave would have had more support if I had sent the news out sooner.

That's a bugger ain't it.

I've just had a week away on a canal boat, got home on Saturday, decided to go out for a ride yesterday afternoon and went to Skegness for a change.

Just looking at my mail now.

There are some old fogies out here who like to get cold on a Sunday morning.

Michael and I turned up at the Walkers Stadium with Easter Eggs on board. We didn't recognise any of the Phoenix boys but there were a lot of bikes there.

The run to the Shrewsbury football ground was extremely cold as I had opted not to put on my thermal top - bigga mistake!!!!!

We enjoyed the whole event very much and it was nice to ride with so many other bikers, especially the friendly ladies who I met. One was due to take her test on the following Thursday, so I hope by now she is fully fledged.

Everyone we met were very friendly and we did see one of our Velo owners amongst the crowds, not on his Velo though.

Have to be kind after all the hard work you put in, although if you had to do the washing-up etc things might be different.