Leaving at 9am we set off over the bridge, heading in the general direction of south, with blue skies and bright sunshine, making it look warmer than it actually was. Entering California, and taking Highway 101, through the giant redwoods, we stopped at the county line and then the 'Big Tree' for those must have photos. 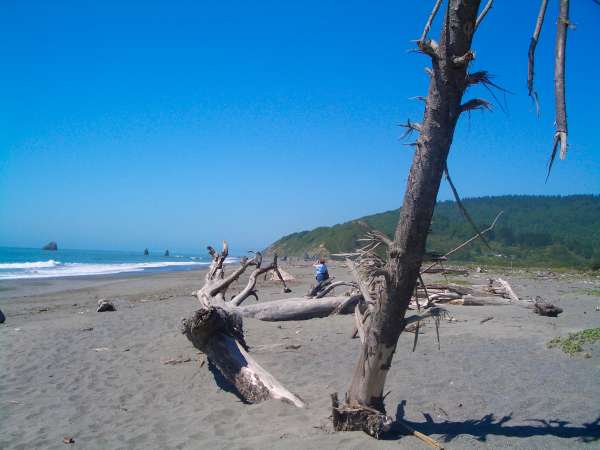 The Palm Café was our next stop and throughout our lunch bikers of all sorts and ages stopped off for refreshment. First to arrive were a couple of seniors (OAP's) on a Russian Ural sidecar outfit, painted in the classic black and white, of BMW, which I suppose you could say was its birth right. Then we had several BMW riders arrive, on hire bikes, probably drawn by our machines parked outside. Talking with them, the new 1200 GS engine got much praise compared with old R1150RT, and R1150GS. All the bikes had been hired from Dubbleju, in San Francisco, and were heading North on the same Highway 101 we had travelled down on. I hope they stopped off at the Kuchel visitors centre, located on the beach and part of the Redwoods National Park. Barn Swallows flew all around us here and even sat on the walkway posts, to welcome us in, but, what I liked most was the grey sandy beach with its almost moonscape appearance.

Our night stop hotel, in Eureka, meant travelling over the rather nice Arcata Bay Bridge, to the Days Inn on Broadway, which is still on Highway 101, but on the far side of town. We arrived around 5pm with 532 miles up. 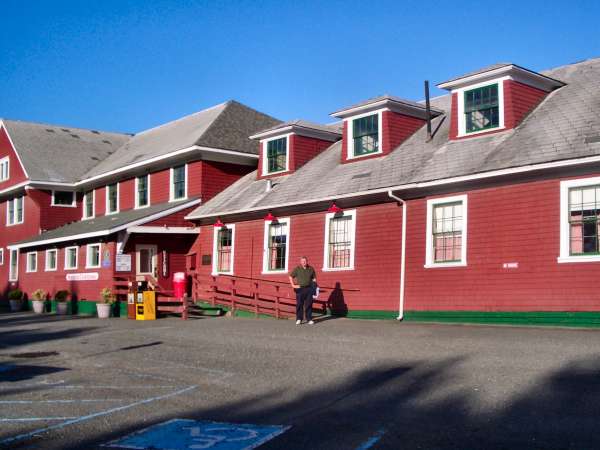 Like all hotels in this chain it was smart, clean and respectable?

The Restaurant chosen here was also a tourist attraction, but some miles away in the other direction, and whilst I felt as if I could have just got on the bike and done another 100 miles today, not all agreed and, to be fair, it made sense to take a $34.00 return taxi ride and be more relaxed over the whole evening. 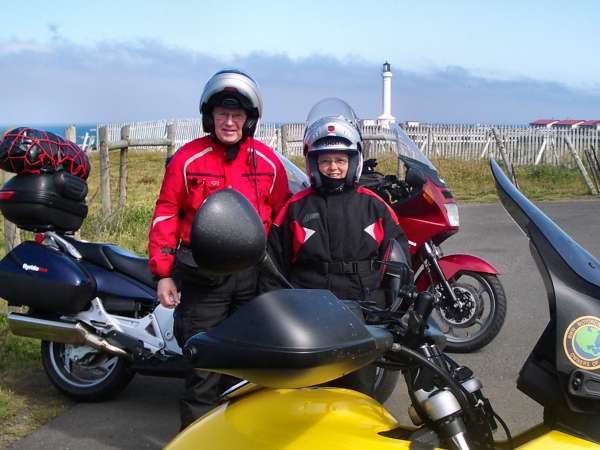 The Samoa Cookhouse is a historic restaurant and museum with a traditional 'lumber camp style' menu and generous portions. Tonight for $14.95 they fed us with chicken rice soup, which was so similar in taste to my Scottish grandmothers' it reminded me of all those Holidays I spent north of the border, being looked after by her and my great aunt, who spoilt me rotten, of course, wonderful!

The menu included fresh homemade bread, to die for. Wow, it was good. pork, chicken, salad, jacket spuds, coffee and peach pie. Alas, there was a disappointment. Ever since Twin Peaks and agent Cooper's obsession with cherry pie I have been looking forward to saying "Damn fine cherry pie ma'am" and I missed out again, perhaps tomorrow?

Leaving still in daylight, and waiting for the taxi, gave Helen the chance to observe the osprey nest, once more, with young being fed, more points for me!