The alarm went off at 6.30am, on the Wednesday morning, and we arrived at our first stop the Donner Memorial Park, just three hours later, after quite a cool ride but not as cold as the Donner Party experienced in 1846. These 89 pioneers who set out on an untried shorter route West fell foul of the oncoming winter which forced them to build a camp, at this very spot, and wait for the spring thaw. It sounds quite simple, but the short film and exhibition showed the harshness of nature and how these towns' folk failed to obey some simple rules which spelt starvation and death to 42 party members. Walking down to the site of the Murphy house we found the answer to why they failed and why so many people died. The only part of the Murphy house left today is the large bolder which formed the fire place, of this family home, and in front of this rock were some thirty school children. The guide invited us into his class and within seconds he had me as well as the kids hanging onto his every word. He was a great and gifted story teller, I stayed just long enough to find out what was the tragic mistake the Donner Party had made and it wasn't just the timing of the journey, or indeed the route, although, all must have contributed. No, it was as simple as not tethering the animals when the first snow storm came, the animals apparently just turned their back to the storm and wandered off, and their supermarket just disappeared under a snow drift until the thaw came some months later. 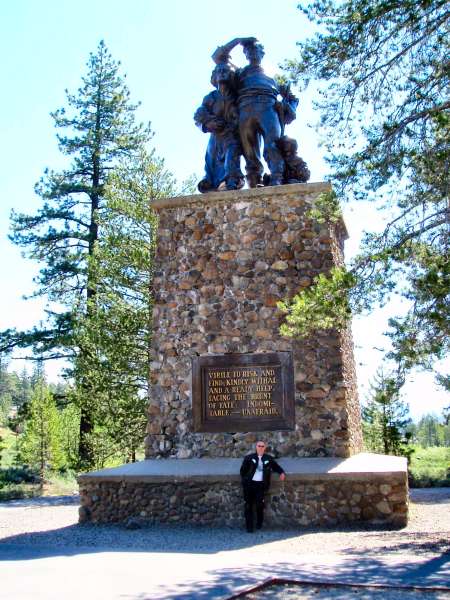 We rode off along the 89, just a few feet from the Murphy's front door, and within hours we arrived at our next stop The Lassen Volcanic National Park, how times have changed in the 160 years since.

Brunch today was at a small town, called Sierraville, that appeared to be just a cross-road in the middle of nowhere, and perhaps it is these days. Did it have mining history or was it logging? Do you remember the glass fronted piano they had on sale for $7500 and the pictures from the old days hanging on the wall? History all around us, I am sure, but we had no time to investigate on this occasion. 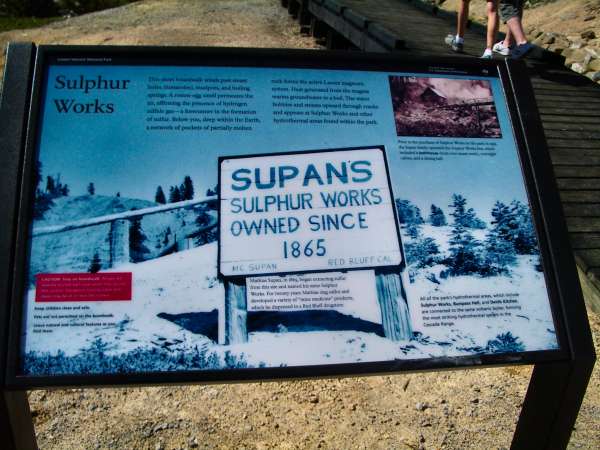 I have never seen sulphur bubbling up out of the ground before and always think of stink bombs from my school days, or those tablets, do you remember them? Apparently, they gave you sulphur tablets to cure all sorts of aliments, in the old days, including acne and my Gran gave both my dad and my uncle syrup of figs as well. They always wondered why they had no friends at school! Anyway, in both cases a terrible smell comes to mind and this spot in the Lassen Volcanic National Park was no different. 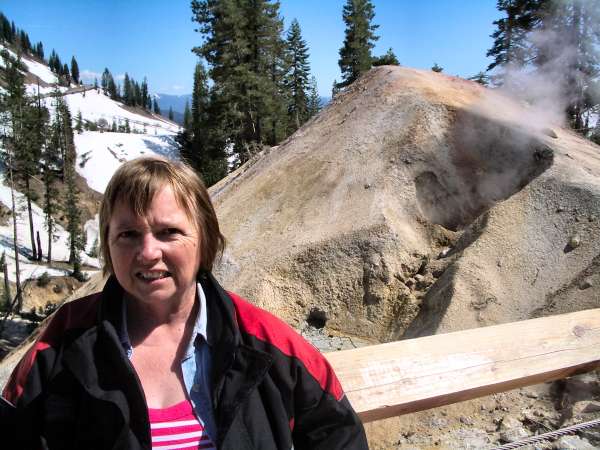 The pass here was also closed so a different route from the scheduled one had to be used, but our petrol was low and this wasn't the place to find some. Another bike tour on Harleys parked close to us but I think again these were Austrian so never got a chance to strike up a conversation, but they did keep popping up in different places. I wonder if they had petrol in that huge RV backup vehicle?

We had a choice to go to Minerva or Chester, and Minerva won, and it was closed so backtrack it was to Chester. The first gas station we came across was fully automatic credit card operated pumps and refused to serve us fuel, so off we went to another, just what you want when running on fumes! Talking of fumes these California pumps were a pain to operate with the fume extractor pipes causing much difficultly, for us all, but I think they singled-out Colin for special treatment as he always got the most awkward pump. 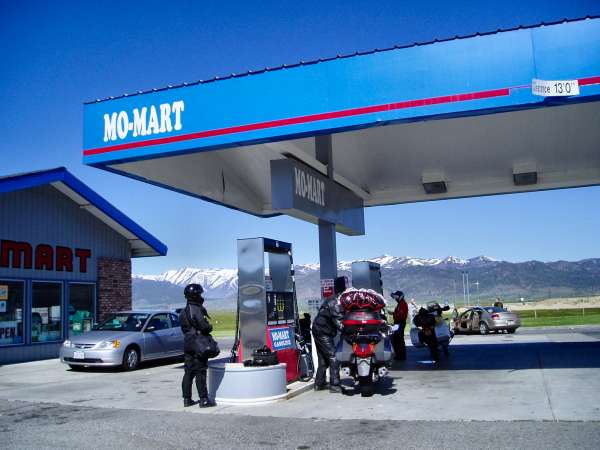 Leaving Chester we headed for Susanville, arriving at about 6pm, with 1794 miles to date and 217 miles between fill ups on 4.47 gallons of gas. I must have been pretty low when we did find the fuel with having to put in so much. Miles per US gallon worked out at 48.55 mpg. Riding today reminded me why I like doing it so much. Forgetting for a moment those magical views and the heart stopping moments, caused by over-banding, both of which by the way are in themselves 'interesting' and 'fun', but in different ways. 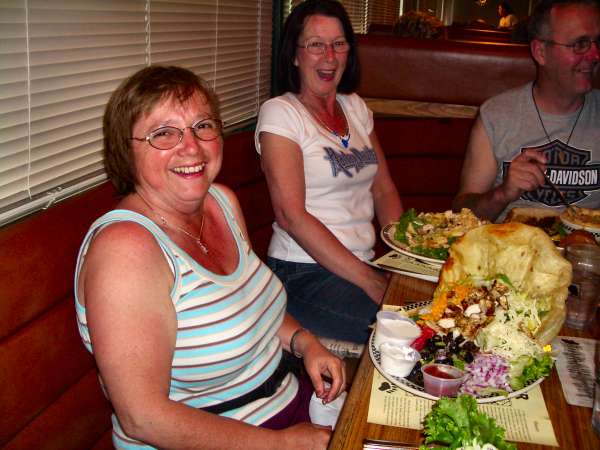 I really liked riding when the temperature changes go from warm to cold, and back, within just a few hundred yards. Then there are the smells, today we experienced, cut timber, cows (or was that the over banding again?), hot tar and then passing the RV park, was it soft rinse or shampoo that came wafting across our path? 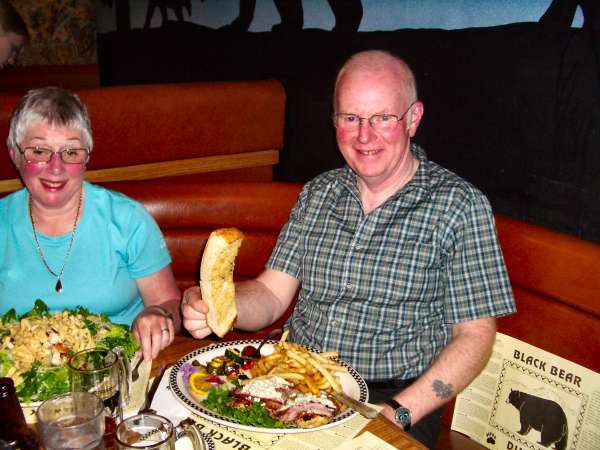 Isn't it great also, the way that our motorcycles cut through barriers, with the public in general, by giving them an excuse to speak to us, especially the old boys wanting to tell us about their two-wheeled days, or those people who are just a little envious, having not tried it and always wanted to, perhaps time has now run out for them. Not us, of course, we are still riding our dream! Dinner at the Black Bear Inn, right outside our hotel room at the Best Western Trailside Inn, proved another brilliant place to eat, with my first of the holiday T-bone steak going down nicely. Helen plumped for a light option, taco salad, which turned out to be huge and defeated Helen right from the start; on the other hand, Christine remembered her fathers words, to the very last morsel and used great determination to finish her plate. The puddings looked really good and if they had cherry pie maybe I would have been tempted, but would I have the space? I think not on this occasion.