Friday, and the last day of riding our Kawasaki before handing it back to Scott, in Bend, some 200 miles away. Before that we had one more National Park to visit. Crater Lake was about 60 miles from here on the 62 and I have to say had the best been saved till last? 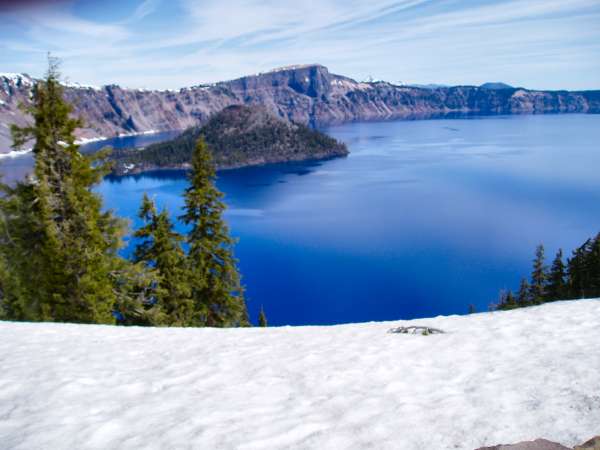 The temperatures were dropping and it was only about 40°f at the Crater Lake Lodge, and I think we were at about 7000 ft, so perhaps it should be expected especially as the snow did lie all around us, as ever the sun was still shining and the sky was really blue. The view, over this lake is indescribable but, stunning, magnificent, spectacular, out of this world and many more I just can't think of to describe it, but, unreal is perhaps as good as any. 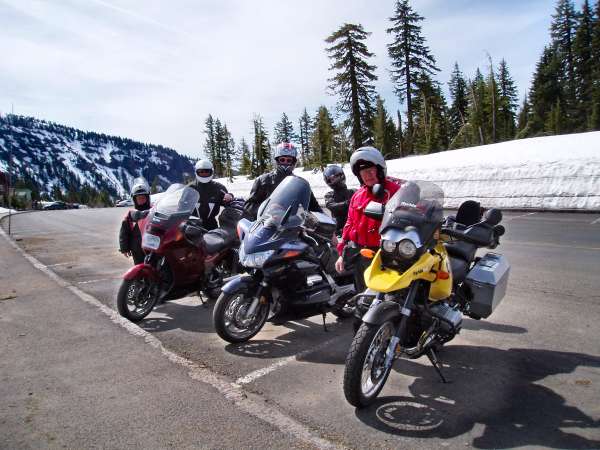 The 24 ft snow poles perhaps gave away the amount of snow that falls around the lake, during the winter months, and full motorcycle gear was just what we needed to stand and take in this view. Looking around you could see what the force of nature had done, to the trees, by bending them over or just snapping them, like twigs, then there were the small trees, fighting for their lives, by forcing their way out of the snow in order to get a head start over the weaker trees, I suppose its called survival. 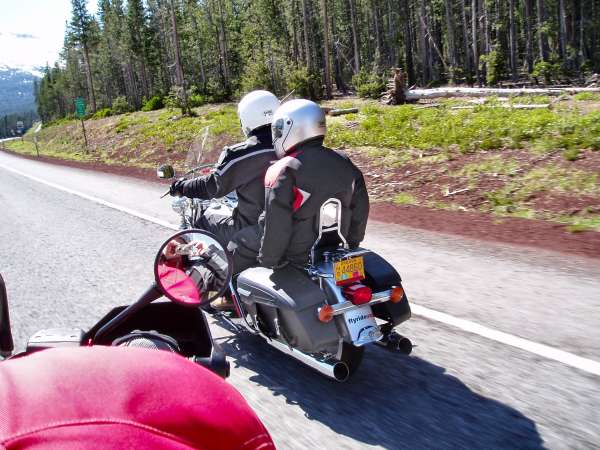 Back on the 97, the main highway, to Bend, I had one last chance for cherry pie in another one of those unusual buildings we kept coming across. This Café restaurant looked nothing from the outside but inside it opened out into quite a large restaurant with everything on the menu, you could ask for except, of course, cherry pie. Roger navigated us, with the precision that we had become accustomed, right back to the Phoenix Inn front entrance, by 2.30pm and our USA Californian Dreaming Holiday was over, but was it? 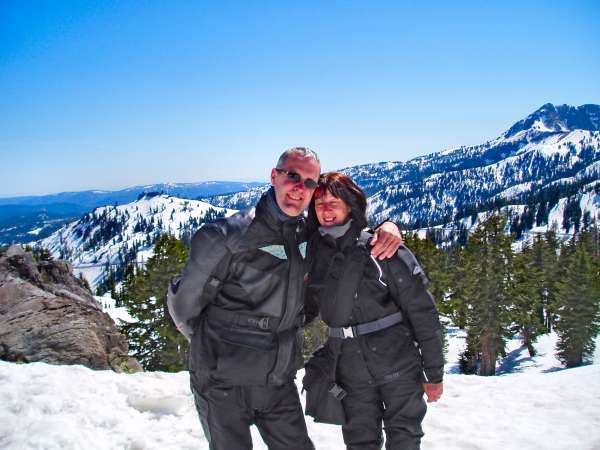 Scott had seen our disappointment, at the outset of our trip, but the bikes he offered were really the right animal, but I have to wonder, would we have had a less of a holiday had we taken the Harley? I think Colin, being a Harley owner already, knew the answer, but even he was warming to the idea of a big 'tourer' having spent the two weeks riding the 'Dream' but how would I know? The answer came in the form of a Harley Road King for the afternoon. Roger and Christine kindly took us both Colin and Irene, and myself and Helen back to the Cascade Highway to find out. The first thing I noticed is the brakes, what brakes? I couldn't find any that worked, that's after I finally found the rear brake pedal down by the front wheel! I wasn't looking forward to this at all. Turning onto the Cascade Highway, and calming down just a little, things started to drop into place, and, yes the brakes did work, but you had to use a bit more effort than I had become used to. The engine was smooth and responsive and nothing like I had been expecting, at all, so soon I was pushing the speed up into the 70s enjoying the sweeping bends until we reached the ski centre some 20 miles away. I even liked the handling as it seemed to be predictable, but that riding position and that seat was not for me. 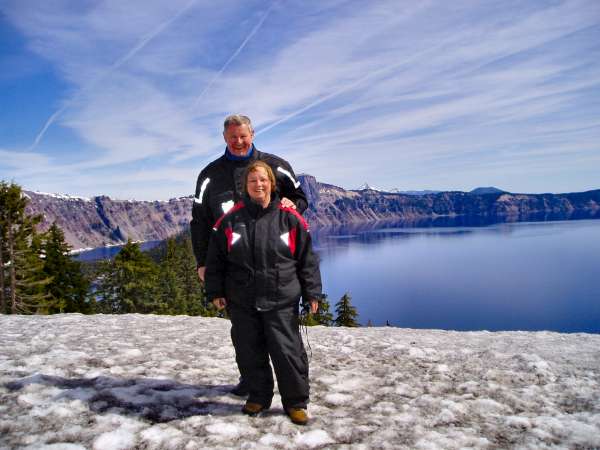 Riding back to Bend, for the last time, gave me the time to reflect on this our final day and how, in just a few minutes time, it would all be over. During the hand over of the Harley to Colin and Irene I mentioned this and wouldn't it be nice to have a 'Last Supper'. 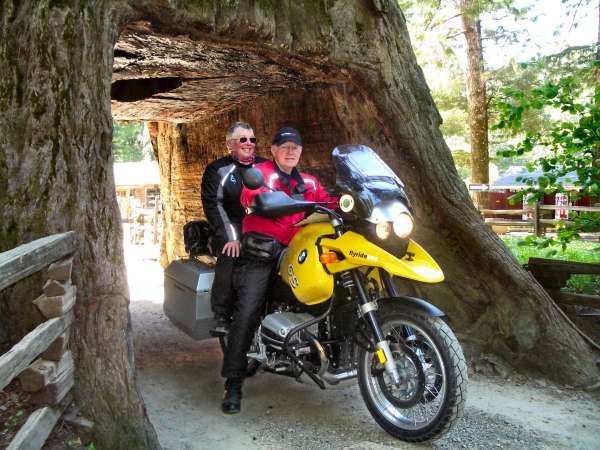 Bend has quite an unusual pub/restaurant with a tree growing right through the middle of the seating area, and out through the roof, so that's where all six of us spent the last and final evening. It was a wonderful finish to a wonderful and exhilarating holiday, something we would bore friends with for years to come, I am sure.

Helen and myself had to leave the next day, but Colin and Irene left on the following day and our two excellent guides, well they had to do it all over again with a group of twenty riders, for a three week trip, allowing them to travel even further than our 'Tour' did.

Now that's what I call 'Riding Your Dreams'!