After parking the car at a secure car park on the outskirts of Coventry Airport, a shuttle bus took us to the departures "building", which was little more than a glorified portacabin! The same staff did the check-in; the coffee bar; the enquiries and then the gate out to the aircraft for the 18:00 flight! 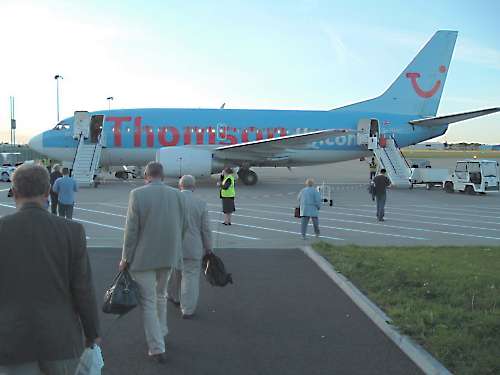 The plane was only half full, so I not only did I have a choice of seat, I had a choice of which complete row did I want! On arrival in Marseilles, I recognised Neil from his photo on the CBP website, and half an hour later, after dumping my stuff in my room, I was having supper & wine on the terrace. Also staying there, was a guy called Dave Broderick. He was working on the website that you can now view (www.classicbikeprovence.com). He had ridden down from Ireland, finishing off with an 800 mile stint down through France on his Kawasaki 900 Ninja, I think aching wrists might have been only one of his pains! 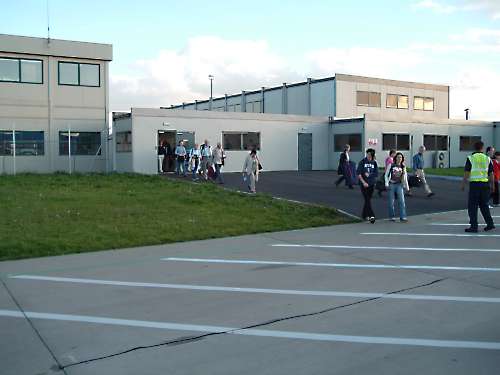 I wanted to see the bikes that I would be choosing from, for the next days ride to the Camargue. So we went down to the garage ... some garage! All the bikes were in there, and there was still possibly room for a car as well. All of the bikes were available, apart from the Velo Venom, which had sucked a nut in through the carburrettor, after it had become detached from the petrol tank rear mounting, and it had jammed the inlet valve open. Apparently the bolt should have been put through the mounting the other way, so that the nut wasn't above the carb mouth. So it was unlikely that it would be back together during my stay. That was a shame as I did particularly want to try the Velo, to see why they had such a loyal following, but there were plenty of other bikes to choose from. It was going to be me on 'Olive' the red BSA, Neil on 'Nora' the Commando, and the CB750 was for a couple from Enfield, who were staying in a local Chambre d'Hote, and coming over in the morning. 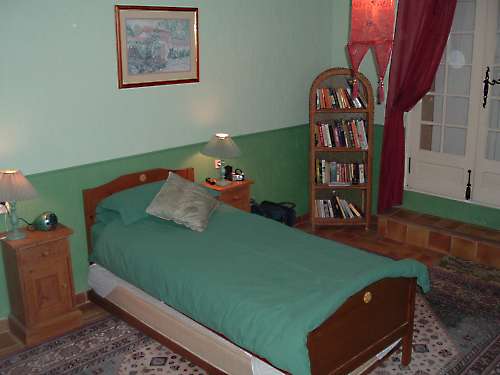 I finally got my head down around 00:30 and slept very well.