My last day here. I needed to get a couple of souvenir presents to take home, and Sarah took me on a tour of Aix-en-Provence, the nearest town. It looks very nice, and good for anyone who might happen to like shopping, with loads of classy, upmarket shops. There are plenty of markets as well, and we stopped off at one of them for me to buy the gifts. 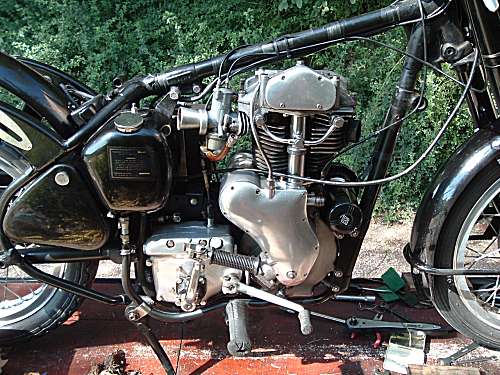 Back at the house, Neil and I finished off the brake and bearing maintenance, and then got on to the Velocette job. The cylinder head only needed refitting, so it didn't take too long, and she started after only a few kicks. She was a bit temperamental at tickover, but otherwise all was OK again. We had a late lunch, and then went out for a test ride. Neil was on the Venom, I took the Enfield, and Dave stayed on his Ninja. There was another purpose for the outing. I couldn't return home without any local produce, i.e.wine. So throwover bags were loaded onto the Velocette. Once Neil was happy that she was performing OK, we changed bikes. For two 500 singles, they couldn't be more different, the Venom far outclassed the 'modern' Enfield in all areas, especially the sound! 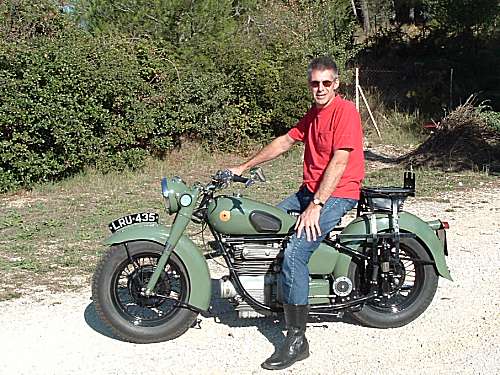 And then it was all over. Even though there were a few stoppages over the five days, the bikes clocked up the best part of 2000 miles in total. Most of these were two up and over some very demanding roads. None of the breakdowns were serious, and all of the bikes made it home each time, a compliment to the bikes, and Neil's knowledge of them.

Neil took me to Marseilles airport for 9 o'clock that night, and I was home in East Leake by midnight (1 hour difference in time between France and UK). 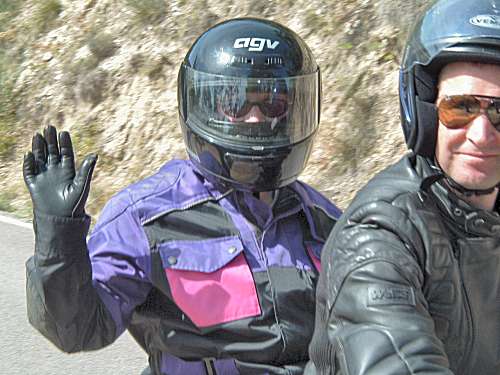 The holiday was over far too quickly (as usual), but it made a big impression on me. Provence is a beautiful part of France, with miles and miles of interesting and challenging empty roads in good condition. When there is traffic, it seems to be motorcycle friendly. The sun shone all the time, and the hospitality; food and wine was excellent. Just writing this piece has reminded me how much I want to return, and I will. .....Anyone else interested?