John was a founder member with his fiance, Jan Gamble. They were married in 1964 and remained keen members for some years. They were well known for John's immaculate Triton combination which he still keeps (as a solo). 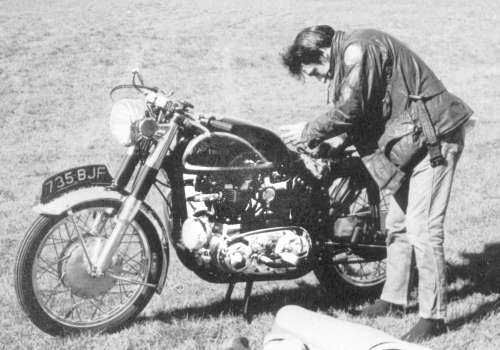 In the intervening years John and Jan raised two sons and they share an interest in renovating Triumph Herald cars. John is also a roller skate coach - well he must have good balance to keep a Triton combo the right way up!

John has always been a keen photographer and contributed many photos to the Gallery.

Since John retired from Ladybird Books in Loughborough and Jan from the County Library Service, they spend a lot of time touring on their canal narrow boat. When they are at home in Mountsorrel they enjoy keeping in touch with other past members and attend reunions.

Is Jan a shortening of a longer Christian name?