Where do you start with what was considered to be the premier motorcycle rally of the seventies. I was lucky to have been at it from the start. In my early days of rallying, as a few of us will remember, it was word of mouth, Pete Whitesmith's rally lists, the occasional mention in the Motor Cycle Weekly or fliers handed out at other rallies and that's how we found out about the first Antelope Rally to be held at Baggington, just south of Coventry on the A45.

Saturday October the 20 something or other (always the last weekend in October) dawned cold and bright but soon warmed as we gathered our group together for the run over to Coventry. The majority of us were what you could call "the Golden Eagle" motor cycle club. We used to meet up each Wednesday at the pub of that name in the Whitmore Reans area of Wolverhampton. There was about 15 of us but we never had more than about 6 of us attending rallies. 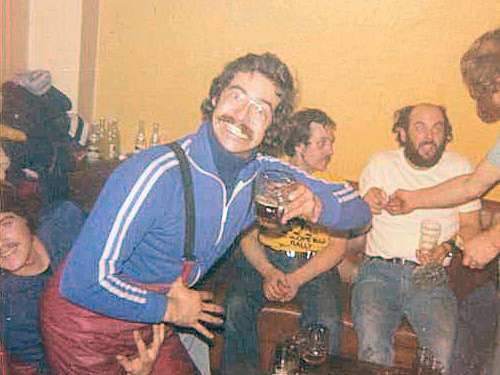 Alan Barclay (the Banker) who had just driven from Oldham to Scotland, signed in at a rally there, then driven down to the Antelope. He got to the club house on his bike around 8.30pm

The route was simple; A4123 to Birmingham, out past what was then Elmdon airport, over Stonebridge island, A45 past Meriden, skirt around Coventry and you're there. Tents up and you're ready to go. 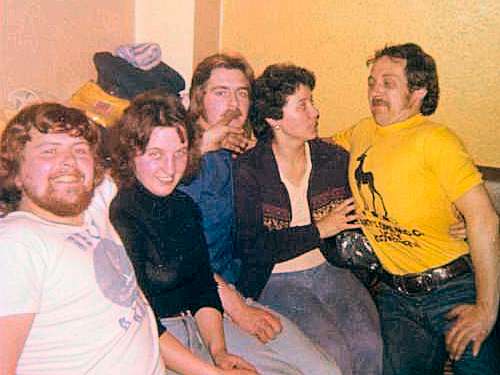 The first thing we asked was "Where's the pub?" for a dinner time pint. It turned out that there wasn't one in easy walking distance and the nearest was a little hostile to bikers so we had to drive a couple of miles towards the city. We enquired about the evening and were told not to worry as transport was laid on to take us to "the club house". 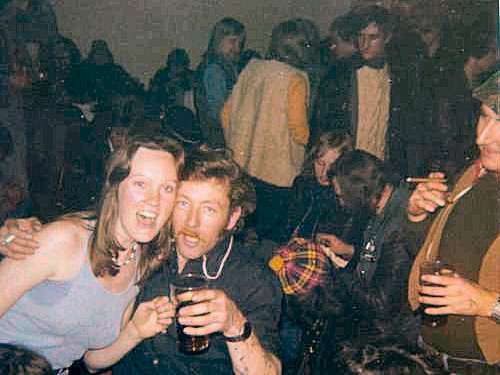 It was quite a large field and the approximate 70 - 90 tents were scattered around the edges on the right of the field. On slightly higher ground was a few buildings and a load of earth moving equipment and mobile cranes. About 5.30pm a ratty old double-decker bus turned up. This was the promised transport and, as they could only take about 50 passengers, it was a shuttle service that dropped us off right outside "the club house". 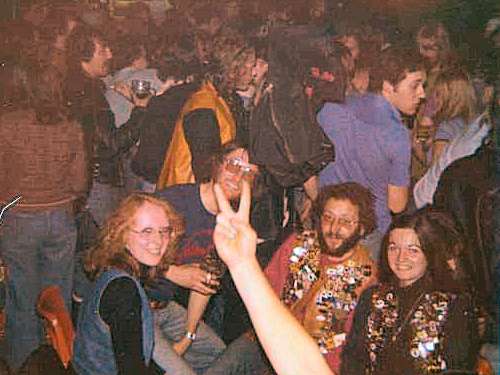 My God, what a place! We didn't know what to expect but we never expected this modern well furnished building. If my memory serves me well I think we were restricted to the ground floor the first year as there was a function being held upstairs. 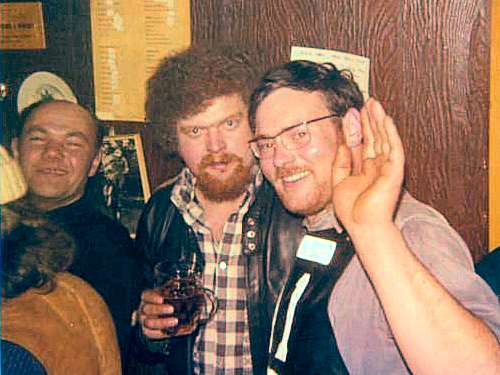 We had a great night as normal. Most of us finished up the worse for drink.

The following year 1971 I went on the back seat of my mate's car, leg in plaster, after getting advance permission from the organisers. This time there were at least twice the number of tents, many from the continent. 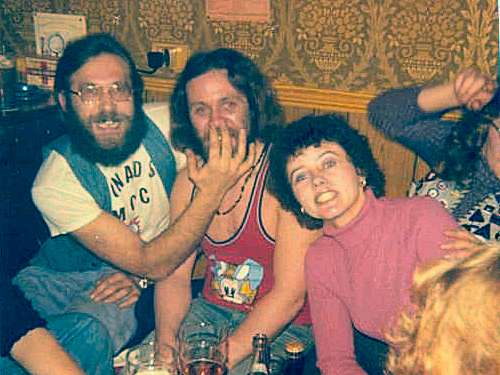 The next year '72 was even bigger. There was even a beer tent and quite a few of the lads took to climbing the poles and downing a bottle of Newcastle at the top. The ratty old bus had been replaced by modern coaches for those who wanted to go to the club, which is where we went most of the time. The upstairs was the place to be. One end of the bar was selling beer by the crate as waiting to be served was quite a lengthy business. Even the legendary Mike Hailwood turned up as a Guest Of Honour one year. He was totally amazed to see a rally going at full tilt and Johnny "The Vicar" doing his fire breathing. That was the time he had a slight blow-back and set fire to his face. He was lucky. I had only got a couple of mouthfuls of beer left in my glass and I threw it at him (the beer not the glass). He laughed it off but it had hurt him. A few minutes later in the downstairs toilet he was bathing his face. The stage was the obvious place to lead the singing from. 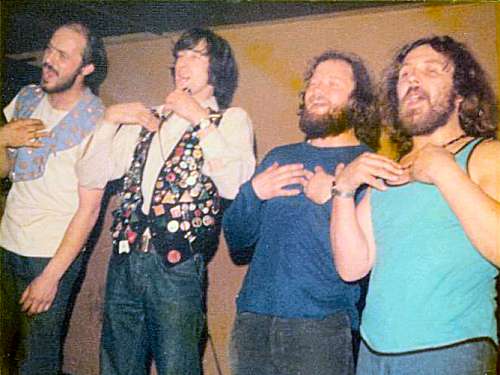 The rally moved a couple of times and the last time I went in 1982 it was to the north of Coventry opposite the old Standard Triumph works on the A45 towards Meriden.

The purchase of a house put the brake on rallying for a few years but I still remember those good old days and most of the people I met there. Dave Richmond (the reporter for The Motor Cycle Weekly) came on a couple of occasions. Keith (Kit) Arthurs, Dot Tilley, Heather MacGregor, Brighton Bob, Paul Mullis, John Flitney and his brother Fred and all the regular crew. Attendance rose to nearly 800 one year swelled by large groups from France, Belgium, Holland and Germany.

The picture of Steve Cawthorne, Paul Mullis and Heather MacGregor and the question of who is the other girl is Sue Harveson (nee Hawes). Sue lives in Southampton with her husband and has a son, now 29 I believe. I am still in contact with her and we always exchange cards at Christmas.