We managed to hold six Beau Peep, held on the week-end closest to 12th August. We also finally managed a winter one, the Chilly Willy in '88. That was at The Grapes pub on the Whitby Road. 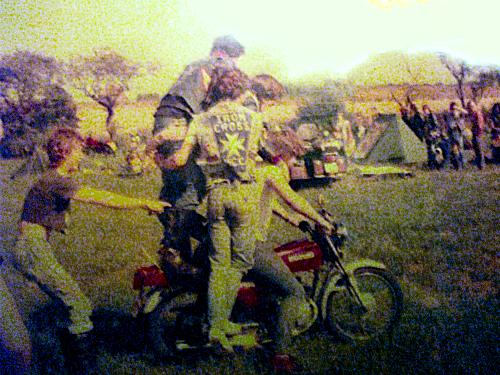 all was resolved without courts or riots

Anyhow, weather was brilliant, cops were ok stopping traffic, allowing those coming to the site heading south and seeing the crowd outside the Queens Head, stopping for one themseves, then heading on. On site we had a list of pubs to use, one of which changed their mind on Friday night, but I don't think the two remaining ones were too upset. We called back after the rally and the only real complaint was from the landlord of the Queens Head that the locals were gonna lynch him on the Sunday night for running out of ale, and could he have more notice for next year? 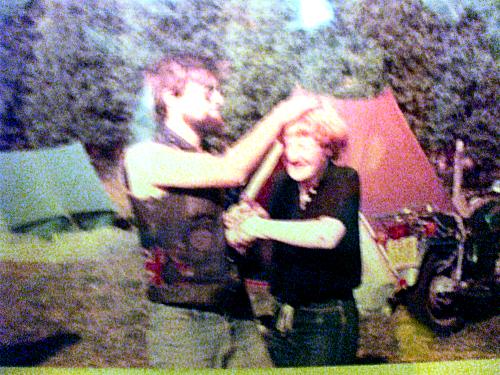 The look-a-like was Slug from I think the Beanos MCC. Who won the other events, piggy back race, tug-o-war etc I don't recall. 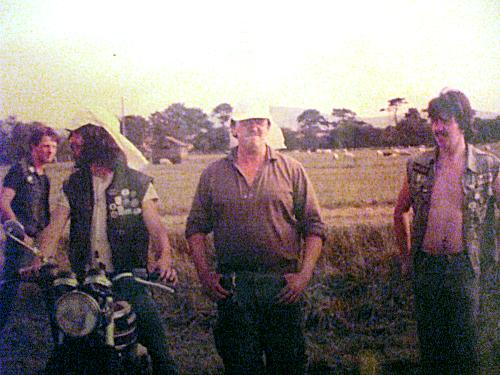 I do remember the on site van we had needed to lower his prices and wasn't a too happy lad when we said we didn't need him the next time.

The cops brought one guy back to the site on Saturday night cos they felt he was "unwell". With what neither party said, but all was resolved without courts or riots, a good result?