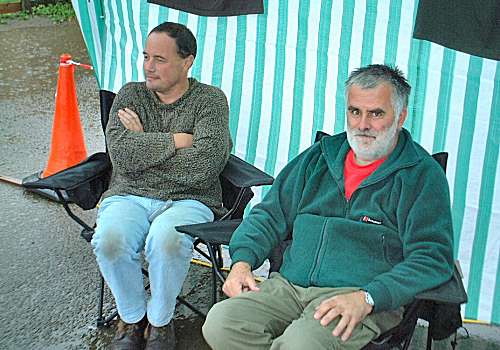 The cask ale just lasted till the end. The rally broke the record for Big End attendance. It also broke the Rugby Club record for beer consumed over a weekend - over 24 barrels + bottled beers, spirits etc.
Raffle raised £250 to go to British Heart Foundation.

Nigel Woodthorpe and Peter Juby had the cones. They were just waiting for the icecream to arrive. 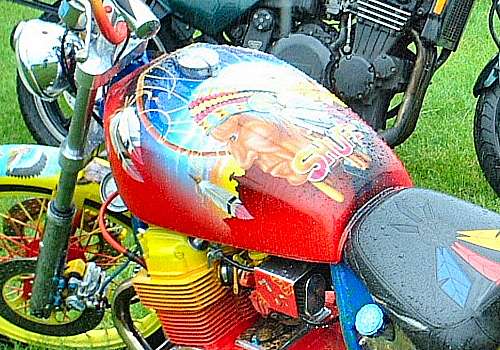 I bet the rider of this bike had amazing tattoos.

There were more trikes than you could shake a trick at. 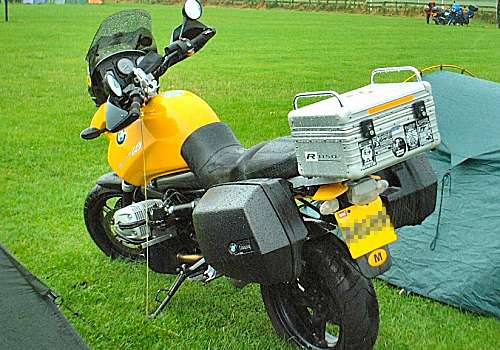 What a great rally bike. Handlebar muffs and foot heaters. 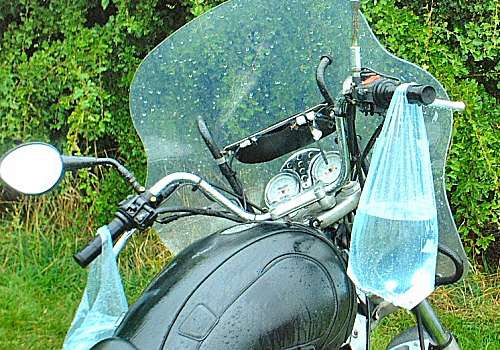 Not sure whether the handlebar muffs had filled with rain or the goldfish was eaten for breakfast. 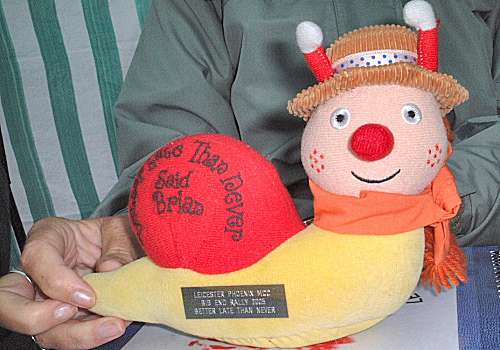 This was the award for the last arrival at check in and went to Barry Warrener. Assuming no-one turned up on Monday. 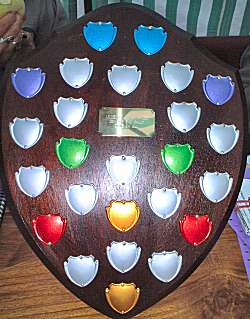 Award for Andy McAllen who has attended all twentyfive Big End Rallies.

This and a tailored straight jacket. 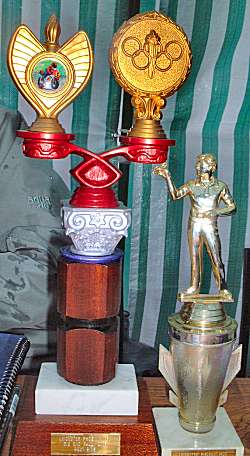 Grot Bike award (near left) was thrown at a Harley.

Names will be disclosed in the absence of a suitable bribe.

Nigel Woodthorpe won an award at the very first Big End rally in 1980 and was reminded of it with a framed copy of the MCN report. 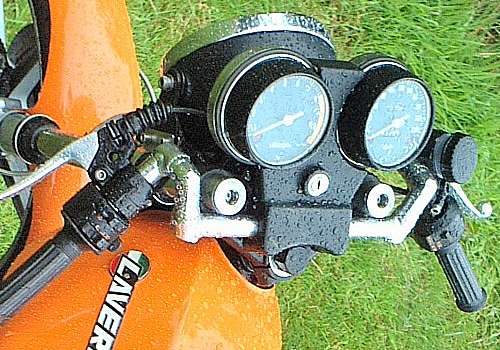 See about ace bars elsewhere on the site. 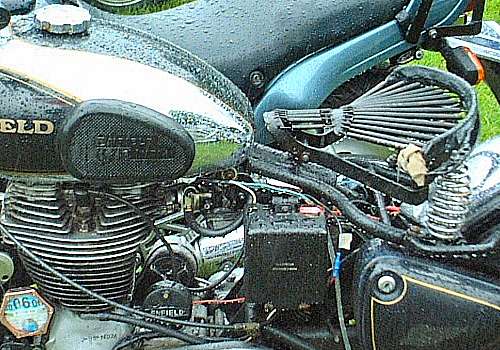 The only motorcycle at the rally that didn't need the rain wiping off the saddle.

Booking in went on continuously despite the ... er ... piss weather. Altogether about 400 this year. Inches of rain that is.