Northamptonshire by the Grand Union Canal.

I cannot remember much about the Friday but on Saturday evening we were given a lift to the pub in a landrover by one of the organisers. This is when we all hit the juice with Alan and Keith going into overdrive with the spirits as well. At closing time we had a lift back to the site in the same landrover which was just as well as we could hardly stand by then let alone walk the two miles back to the site!

It was just after we set off that Crazy Keith announced that the sphincter muscles in his behind were not going to be able to hold the brown stuff in any longer and the inevitable happened.

We arrived back on site and had the dubious pleasure of watching Keith washing his underpants in the canal. It was minus 4. 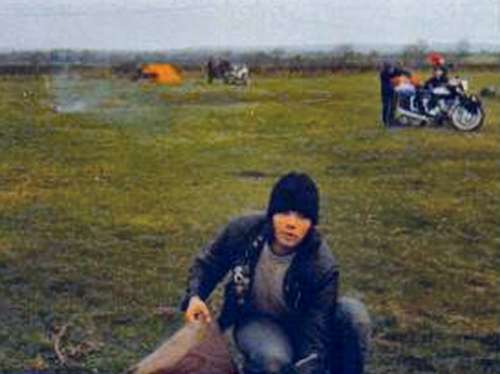 We heard some cheering in the middle of the field and saw most of the rallyists were gathered round in a circle watching something. As we came closer we saw Paul, a new member, standing up smiling with his girlfriend kneeling in front of him giving him relief with Paul taking pictures of it! He later complained that Boots did not print the images, to which I replied that he was lucky that they did not contact the police! 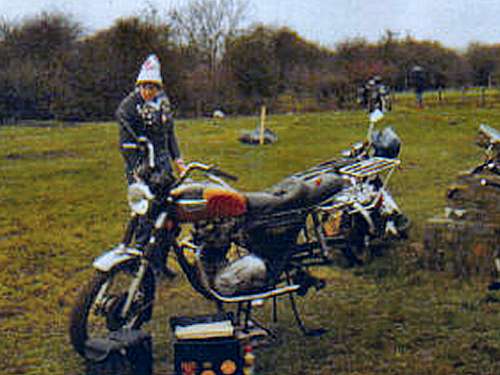 Anyway, in the morning Woodsey awoke at his normal time of 11.00-1200 to discover a puncture on his Bonneville. Holding the rear wheel he hitched a pillion ride and managed to find somewhere to fix the puncture. We put it all back together and rode home.