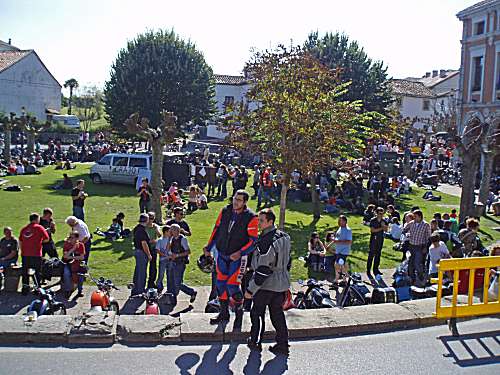 The main hotel for the rally is the Hotel Mirador at La Franca next to the beach.

We had arrived in Port and it was Wednesday the sun had only just risen as we rode through passport control. All our riding gear was on for this cool start to Colombres. Sue's G5 Honda was blowing oil out through the engine breather and Colin engineered a half litre water bottle onto the end with Gaffer Tape; what would we do without it?

This was our first Colombres Rally and the motorway went nearly all the way to our destination but the smaller roads seemed more inviting and as we had the whole day to get there, I tagged along with the Triumph 110 and the Honda G5, stopping for coffee once or twice using a combination of the A8 to Castro-Urdiales and then the N634 via Torrelavega to Burstio and finally Colombres at the top of the hill arriving at 1pm and importantly before the Tourist information office closed for the afternoon siesta.

The Moto Club do all the hotel bookings for you and, by sending the entry form from the clubs web site with your choice of 2 or 3 star accommodation, your hotel is allocated to you. Reservations have been held with a deposit of €50 and final payment is made on arrival in cash as no credits cards are accepted, although a cheque is also acceptable. 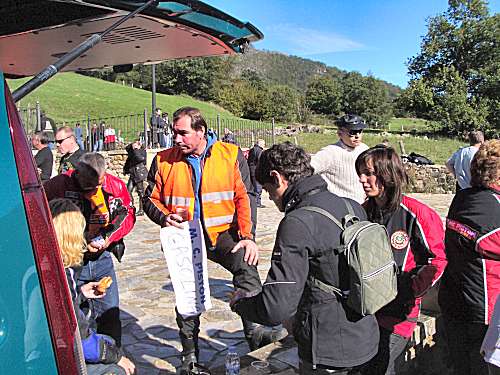 Our hotel Las Helgueras was in Noriega just few kilometres from Colombres. It seemed we were the only rally guests in this quiet hotel which at first was a disappointment but we soon found out it had advantages after all. 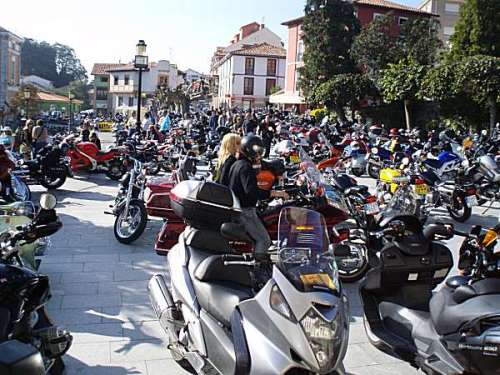 The main hotel for the rally is the Hotel Mirador at La Franca next to the beach. This is where most of the UK riders try to stay as it's the venue for the Gala meals on both Friday and Saturday night. So this is were we went and parked up along side dozens of bikes. We chatted to a couple of English Triumph Trident owners who now live in France then we headed straight to the bar, were else? 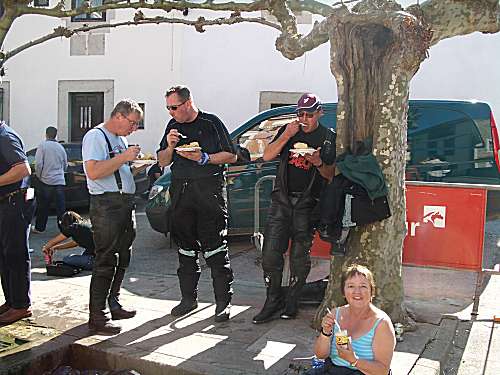 It didn't take us long to find a face or two we recognised but we started to talk to couple who had the Vincent 1000 outfit and had been to the meeting once before. They seemed just exited by this rally as their first one. Hannah and Pitt from Germany also sat close by and they were staying in a hotel up the road called La Parra which was just a fifteen minutes walk away. 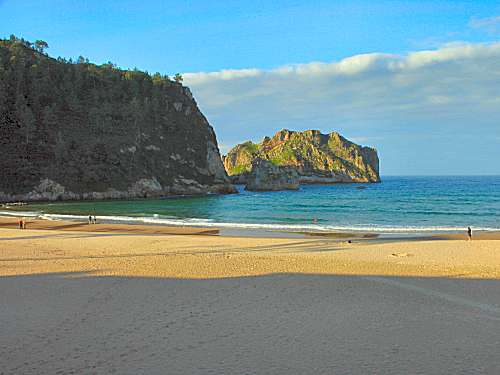 One of the things we were soon to find out was the restaurants in Spain close about 4pm and reopen again about 8pm. Apparently La Parra was a good place to eat and I have to say I was sold on it, but, when we arrived, the Moto Guzzi boys and girls had arranged to eat in the "Rib Shack" or, to give its proper name, La Casa Abjaro just 100 metres further up the road. 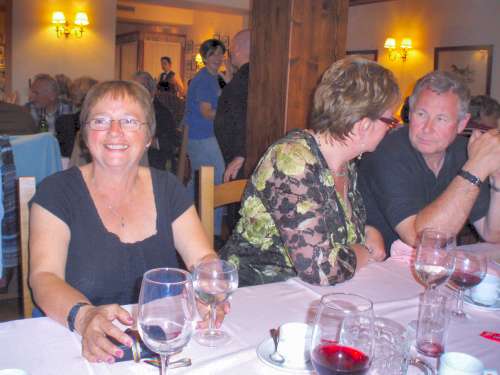 Hannah and Pitt were good company and accepted us into the fold like we had known them for years so a super evening was had by all and the ribs - you had to see them to believe them - all cooked on an open wood burning fire in front of you! The red wine was good at €10 (£7) a bottle and was not confused with the house wine at €3 ((£2) a bottle although you could drink both quite easily as long as you had the cheap one first!