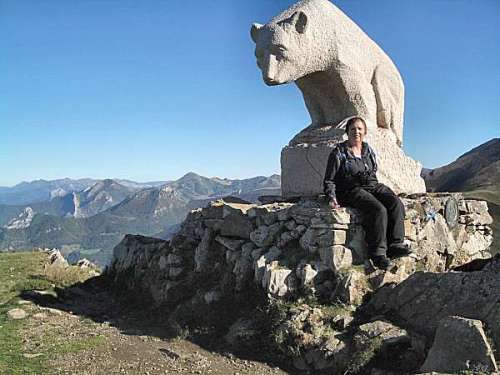 Some were not so lucky during the Rally today, with one rider breaking his leg quite badly

Friday's 9.45am start found us in the square once more along with dozens and dozens of riders doing the short route of 168 miles. Leaving the square was organised as usual into twos or threes in order to keep the flow moving with Marshals pointing the way. Each rider was issued with a route card, so getting lost was quite difficult, especially as the same Marshals seemed to pop just when you needed reassurance along the route.

Riding through the deep gorges was quite chilly even though you could see blue skies above but with the sun on the other side of the mountain you needed your full riding kit to be comfortable and, of course, as you started to rise up the mountains you got the sun but the altitude kept the temperature low. 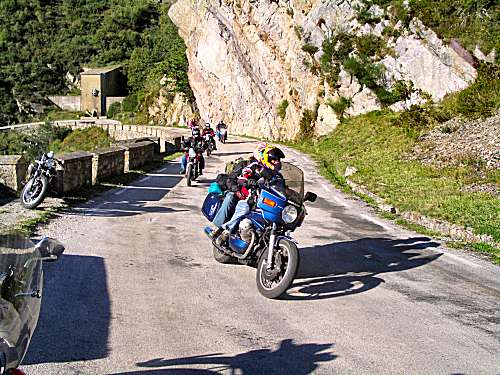 Small villages came and went and as we passed through them the locals watched whilst sitting outside their houses. Some waved and some didn't, but what I did notice was, when walking on in these hilly regions, you had to have a walking stick. No matter what your age was you just had to have a walking stick! I recorded a range of temperatures between 14°C and 24°C during the day, just perfect really. 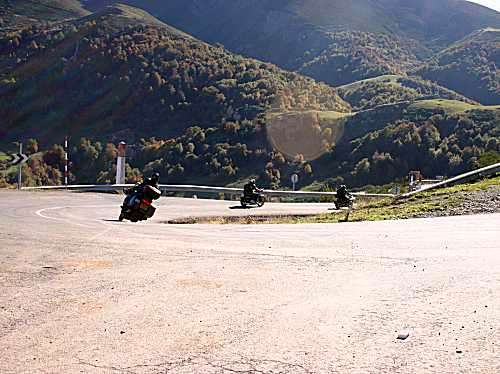 The range of bikes taking part was diverse, from small Spanish machines like Ossa, Bultaco, etc to a 1927 AJS V twin outfit which, along with its passenger, turned up at every stop along our route. 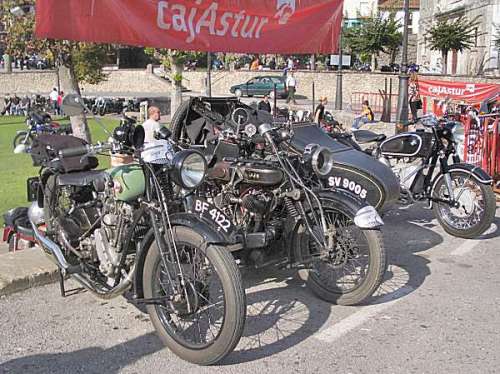 I was quite worried about petrol at one point. I thought I was lost having not seen any bikes for some time, except ones going the other way which I hoped were doing the 5000 curves. We arrived in the small town of Cervera which I was not really expecting. I was getting confused with the Spanish instructions and not able to decide which was an instruction and which was a place name. However those same Marshals we had seen earlier appeared like magic and pointed out the petrol station. 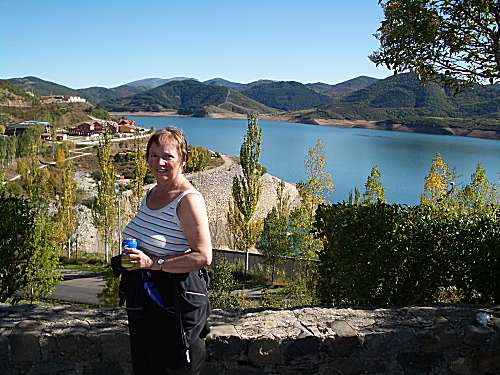 As we left the petrol station in came the 1927 V twin AJS along with his riding partner on a 1928 BSA solo machine. Marshals again pointed the way to go and then another sent us on the road to Riano, our lunch stop. 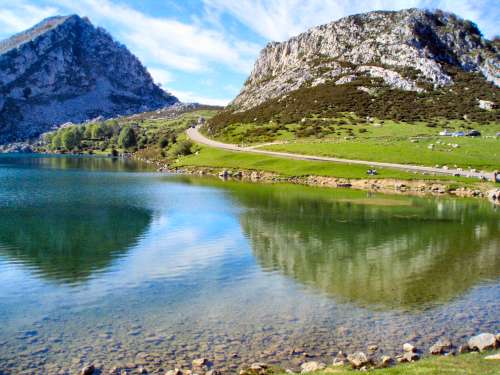 Parking in Riano was on a stepped concourse in the town centre with its view across the lake. There was plenty of room to park a couple of hundred bikes and the steps provided seats to enjoy the ham and cheese roll and my alcohol free San Miquel which is perhaps the best alcohol free beer I have tasted so far. We sat with Philipa who rides a 3½ Morini and her partner who was riding a bacon slicer Moto Guzzi. The colour? Red of course! 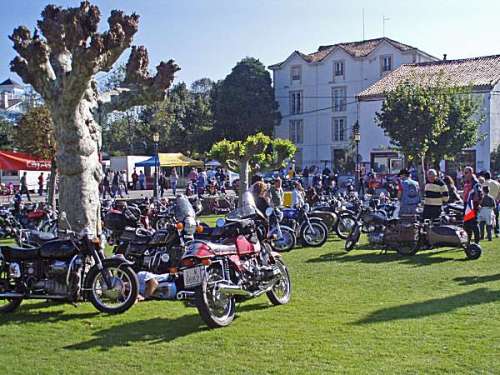 This route we were riding today seemed a long one, 168 miles in the mountains using second and third gears kept the speeds quite low with you either climbing or descending and it seemed to go on forever. But there was no rush and you stopped when you wanted to. Mostly it was for another great view which in itself gave riders a problem. 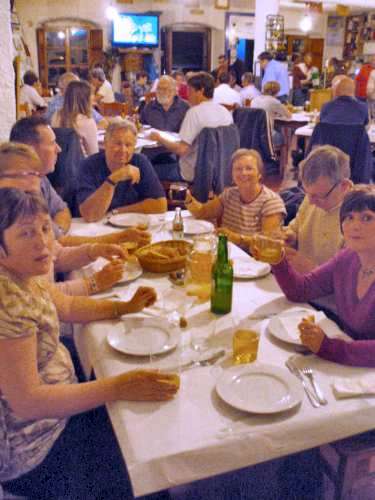 One or two riders managed to find out the hard way how heavy our bikes can be when you are faced with the camber dropping away from you. The bike's weight when you get to 25/30° is of course too much to hold up and down you go. Usually a loss of dignity was the only damage.

Marshals appeared out of nowhere again and directed us to another Mirador and the whole Rally seemed to be there absorbing the panorama at Collado de Llesba. We walked up to the carved Bear statue and watched vultures above us and meadow pipits below us. Another well chosen spot by the MC Piston Club. 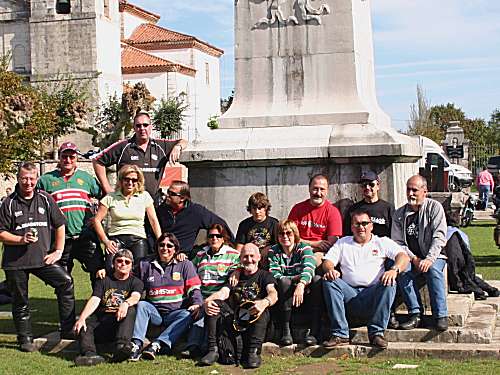 Tonight our evening meal was at La Franca together with 300 + rally entrants and by 9pm we were ready for it. Speeches were very short. A request for no crashes on the Saturday run sounded ok to me as I was not planning any. Some were not so lucky during the Rally today, with one rider breaking his leg quite badly and needed surgery to repair the damage. His wife did better but was in great pain having been bruised quite badly. I wondered how the other 5000 Curves riders faired?