As usual I was looking forward to the Dalesman Rally at The Palmer Flatts, Aysgarth.

It was such a good do last year (apart from the front end puncture) with Les Hobbs and George Perrin and this year we had two first timers coming along in the forms of George's son, Kris and my good friend from Delph, Saddleworth - Steve Dockray.

Then we had another Rally Chilli

I'd met Steve in Skipton a couple of years previous, he on the way to The South Lakes, me heading for The Dalesman - again. Over a bag of chips on the pay as you go car park, it turns out we live about 2 miles apart.

Steve and I left Uppermill on the Friday lunch in superb conditions i.e. dry and not too hot. Steve is relatively new to motorcycling so I took the lead as we headed over the tops through Huddersfield and Halifax. In Skipton we fuelled up man and machine i.e. chips and petrol! 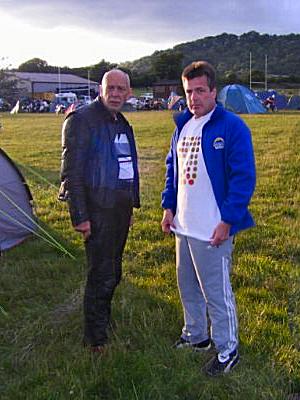 Then we were off up through the wonderful Dales but unfortunately Les Hobbs had cried off (work) and the site had been lost about three weeks before the event. The new venue was Wensleydale Rugby Club which is a short walk outside Leyburn.

I threw my tent up within about three minutes only to discover that the cap that clips over the air vent mesh at the apex was missing - brilliant. Thinks, blow the airbed up and wait for George to turn up and see if we had anything suitable to make my tent fully waterproof again. Yep, half the adaptor on the airbed pump is missing - b*****ks! Never mind, George has a pump.

We then unpacked Steve's gear and, wishing to be independent, he had borrowed a tent from a mate. It was difficult to erect not least because we had to arse about threading poles and putting the interior up first. However the more difficult task was trying to erect the thing whilst subduing extreme mirth. Surely when the guy bought this tent he must have been given a complimentary Red Nose. 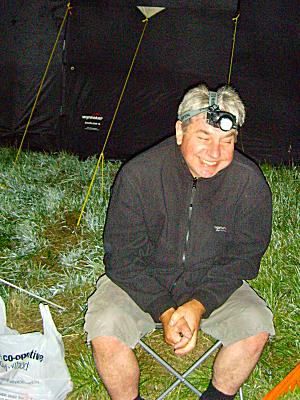 Threw the fly sheet over, pegged it out and got ready to throw the gear in. Another problem now. Despite the tent never having been used, the zip on the outer was broken and we couldn't open the doors. This is turning into a f*****g saga! No problem says Steve as he produces a knife with which to prise the zip open. Excellent, that's one problem sorted as the blade folded on him and put a deep cut down the middle of his thumb!

Looking back, it should probably have been stitched but the compromise was two plasters crossed over and a foot of insulating tape. Perfect, blood flow halted.

George arrives, tent up, Steve gets in my tent, problems dealt with, superb meal cooked - pub time. There was a bar on site but we couldn't use it as they had a fete on the following day. Bet that decision cost them dear! As did going into Leyburn for us! Just couldn't believe bitter was £3.00 a pint. 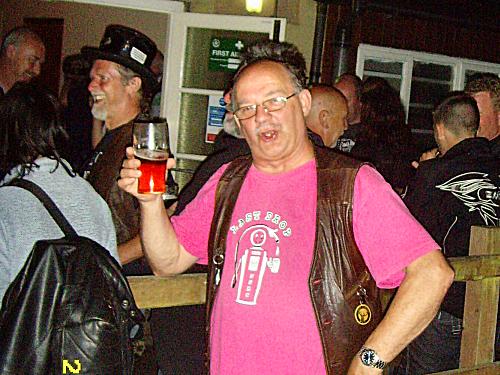 (Yes I have made preliminary enquiries re camping weekends and indeed a rally).

Post pub it was another excellent Rally Chilli courtesy of George and a couple of slugs of Vodka and Coke.

After breakfast Steve loaded his gear up and we had a run out from Leyburn up to The Tan Hill Inn, highest Inn in Great Britain (Ted Moult and his feather). Then it was back down into Hawes for the excellent Fish and Chips. Couldn't believe it - chippy closed. Middle of July in The Dales - village full of Motorcyclists, Hikers and Crinklies and the place closes for two hours.

Ah well. Steve departed for the lakes (caravan) and we headed back to the site passing the sadly closed and "For Sale" Palmer Flatts Pub and the usual site. 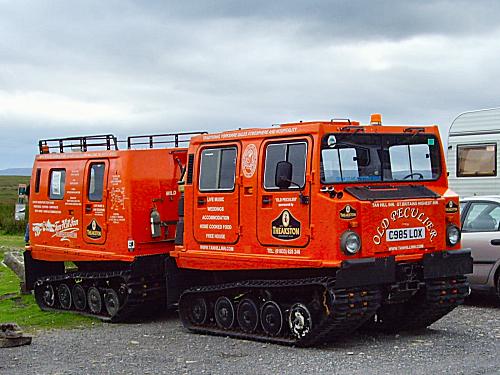 Just the thing for winter rallies.

Another night was had in Leyburn followed by a couple in the Rugby Club Bar and a natter with Jock Welch from Grangemouth, whom I met in 1989 as members of The Forth Valley MCC. Then we had another Rally Chilli.

Left after breakfast for another superb ride back through the Dales and whilst originally dubious about the enforced change of site, it really wasn't bad. The field was much better as it was large and flat but there's just something about Aysgarth and The Palmer Flatts.

Thanks to Dean Valley MCC for another superb weekend.