In 1981 this rally was held on Brighton Racecourse in July. Me and Woodsey and a few of the Triumph Owners (South London) also turned up. Two of these, Alex and Dave, had met a couple of nurses that worked in Brighton Hospital, so they knew all the best pubs and we had decided that the beer at the racecourse bar was not too good and overpriced so of we went to the pubs.

First up was the Basketmakers in the town which had Gales beers on so we got stuck into the HSB which was their 1050 offering and after several of these walked back to the King and Barnes pub to sample several pints of Festive Each also at 1050. 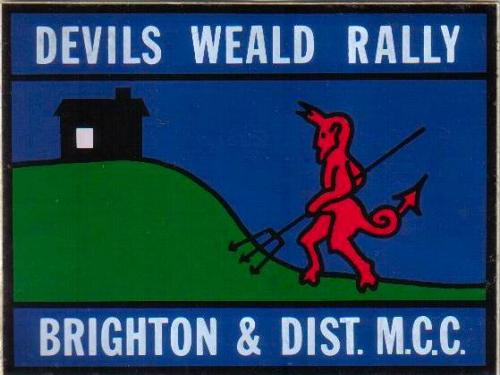 The walk back to the site was about 2 miles and all up hill and proved to be very long due to the crab like style of "walking" we were now practising. 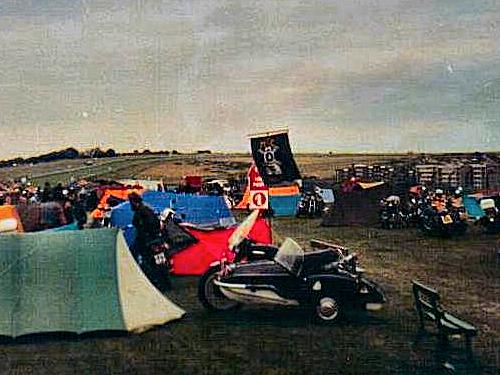 Saturday was more of the same but we started at lunchtime and visited more pubs and hailed a taxi back to the site.

The 1982 version of the rally was much the same as the 1981 one. The same site at the Brighton Racecourse was used and it was held in September.

All in all a good rally.

Ah, fond memories of this event. I have no idea what year it was (this will always be the case) We had a young lad come along. As he was a first timer little Jim's mum was a bit worried so we decided that he needed looking after. We did a poor job.

Half way through the Saturday night festivities he went missing. Feeling a bit anxious we went looking for him. We found him passed out in the stands. One of our number decided he looked a bit poorly & carted him off the the local A&E suffering from exposure.

At least he got a night in comfy bed.