I have just got back from the 50th Dragon. It was held just outside Beddgelert on a big estate. Lots of mud, lots of beer and lots of rallyists. Must have been nearly 2,000.

There were three old boys there who had attended all 50.

The weather was all right in the daytime but it threw it down in the night and everything in my tent was soaked.

It rained nearly all the way home on the Sunday but it was only 150 miles.

Maurice is on the right. Photos from Steve Holbrook and Yvonne Townsend.

My pal Maurice Kettle, now 70, was presented with a 50 award, he's done them all.

Did you see the new book by young Miss Morgan? - "The 50 Year History" 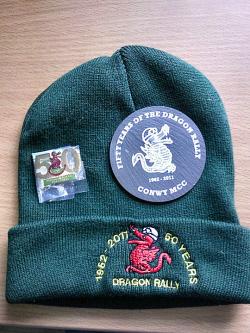 I especially remember the torchlight parade over Glyn Padarn

I am 73 now and still ride the same Vincent. Just back from the 50th. Wouldn't have missed it for the world but it's a long ride up from Edenbridge in Kent. 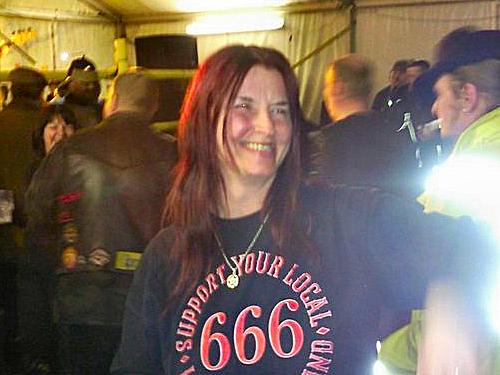 My first Dragon was in 1989, on a BSA A10, still going to the event on the most unlikely of machines.

Just wanted to say thanks to all the organisers and those who helped run this great event. A completely dry one - that's a first for me.