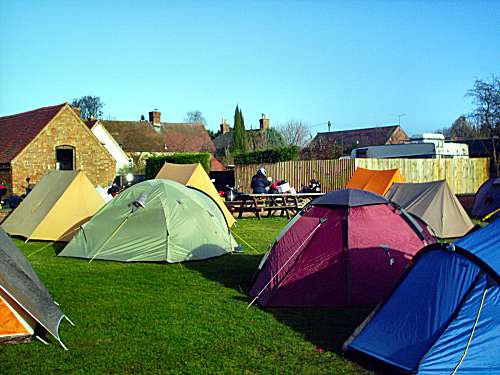 We had to wait for the ice to melt Sunday morning

At the Gaydon Arms, Gaydon it was very cold and the landlord promised to open for breakfast and never did.

Woke up Saturday to a field full of snow which Friday night had been mud and it had all froze over. 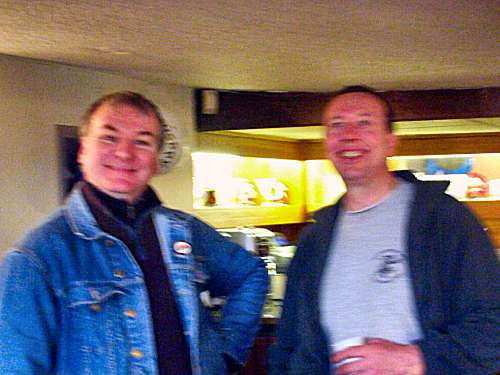 As usual no one could get me out of bed so Roy promised me a ride on his brand new Goldwing so that got me up and we went in to Coventry to the Motor Museum.

A new pub in a village with five other pubs. A better venue and better landlord who put cheap food on all weekend.

Paula Fidge had a suprise party for her husband and I blew up about 40 balloons which we tied to his bike.

We had to wait for the ice to melt Sunday morning before leaving - the roads where very slippy.