In 2005 this was my return to the rally scene after an absense of 23 years!

I rode to the Portsmouth ferry terminal and boarded the ferry to the IOW. The three characters in the photo I met on the crossing to the island. They came from Brighton and were going to the Over The Edge rally. One of them was actually riding the "furry moped" in the picture.

The site was an old holiday camp on the military road between Black Chine and Freshwater Bay on the south side of the island. The rally was held over three nights and many rides around the island were the order of the daytime. Good parties held in the large marquee with live bands and Goddards real ale were the thing to do at night. The site also had a good cafe.

I left on the last day feeling very happy with the rally - it felt as if I had never been away from the scene. 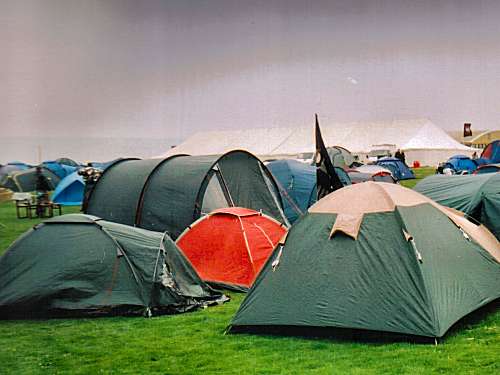 The 2006 rally was held at the same site as the year before and was much the same format as the 2005 one.

Again good real ale and a rock disco and two bands a night. I remember the weather was not so good as the last year but it was still a very good rally.

The 2007 rally was held at Smallbrook Speedway Stadium due to the old site being closed for renovation. The entertainment was held in the clubhouse which was on the small side, but had good beer and food. A few rideouts around some of the islands attractions were the order of the daylight hours. 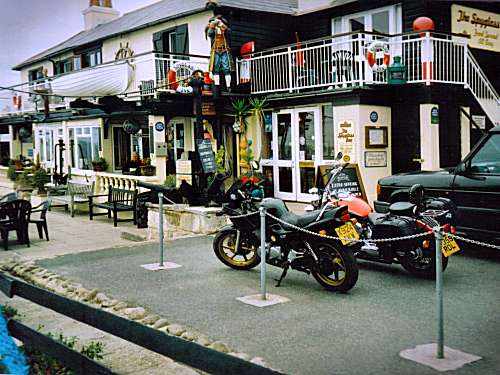 For 2008 the Wightriders had changed the site again to a horse riding centre near Ryde. The weather was in the main good and the bands played in the indoor horse riding arena. The camping area is large but there were no trade stands as in past years. 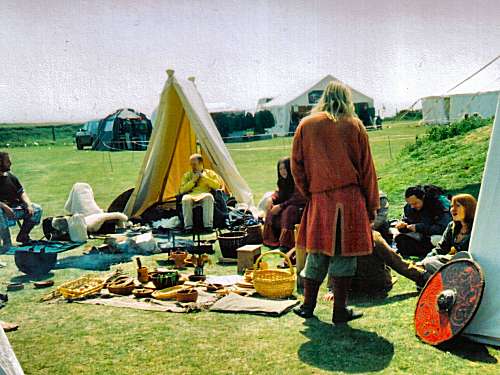 There was a beer festival at the nearby steam railway as well.

Phil the Spill has a video that will help you to relive the 1993 Gurt Gallybagger and make you believe it only happened .

Phil the Spill has a 1993 video of the Gurt Gallybagger on YouTube.