Tees Tornadoes' winter rally and was first held in 1996.

The idea was to have a straight forward small traditional rally, and try to keep costs down.

The original site was at a place called East Hedley Hope, which is not far from Tow Law, Co Durham, and is in a hidden valley.

The camping was in a field behind a quite large pub, which provided all the rally facilities. John the landlord there was really into the rally scene and seemed to enjoy the rally as much as any of us. He made sure that we could have decent food and drink at a reasonable price. 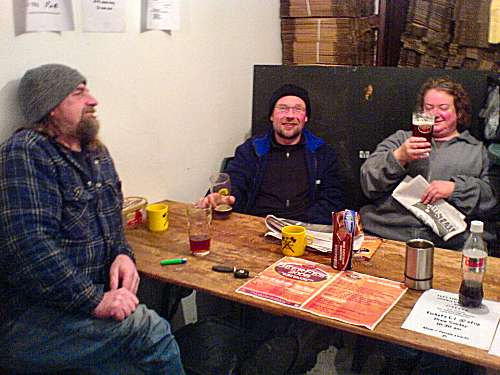 The rally was timed to coincide with the Beer Festival.

Being part of the organising club I didn't have to camp but had access to a bunk room in the pub. This may sound like a big advantage, but when you consider that this means that you have to share a room with several other hard drinking rallyists, all coming to bed at different times, the snoring, (from both ends!) getting up during the night, etc etc I'm not too sure. The second year we were there Jim Waugh and I took over a pair of bunk beds in a small partitioned off part of the room. Unfortunately during the night Wilkie mistook it for the toilet and Jim woke up thinking it was raining. I took refuge in the top bunk on my side, in case there were any more mistakes!

When the pub at East Hedley Hope closed down some time after the 1998 rally, we had a couple of years break then started the rally again in 2001 at the Saltersgate Inn on the moors between Whitby and Pickering.

The first few years we had to camp in a field on the other side of the road. This was quite rough grass and was on a bit of a slope in places to say the least. It was a lot better in later years when we were allowed to camp on the lawns behind the pub. I stayed in a caravan one year, having forgotten about the previous problems, but soon decided that camping was the best option! 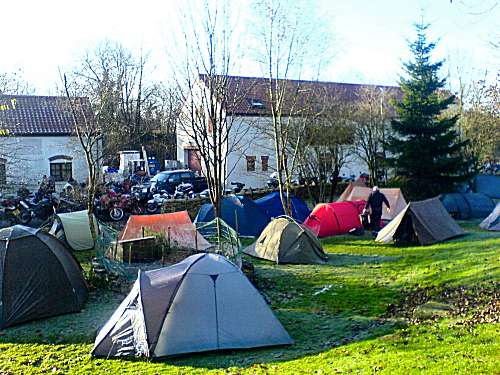 We had a couple of years when the temperature never got above freezing at any time all weekend on site, and one time I rode home sat on a solid block of ice when my bike seat froze solid. 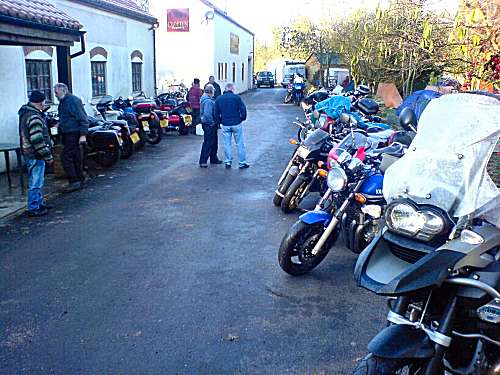 A few of the bikes that were fitted with alarm immobilisers could not be re started due to the radiations from the Fylingdales early warning station just down the road. Luckily we could trailer them up the road to the Hole of Horkum car park at the top of Saltergate bank, and everything worked again.

Typically as soon as you got off the moor, the weather was lots better. We were on the bus route into Whitby and lots of people went there for the day and had far better conditions than the freezing fog on site. 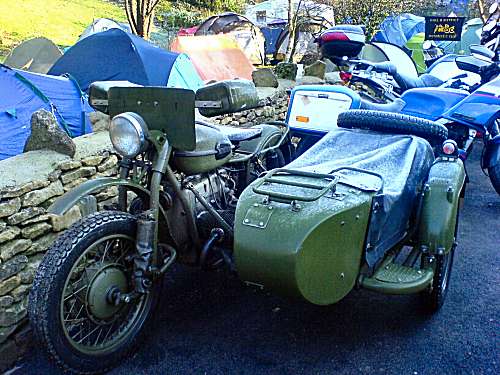 The rally had to move again in 2007 as the Saltersgate Inn closed and the new site was at a micro brewery not far from Pickering. The rally was timed to coincide with the Beer Festival so an abundant supply of different real ale was on tap all weekend, along with several bands. The rallyists got a special price into the festival and, apart from a pretty crowded campsite, all went well.

The year 2008 was more of the same! The weather was very cold and frosty, and several people had big problems getting there due to freezing fog. The bands and beer festival were all on again (at a discount to the rallyists) and everybody seemed to enjoy it. The only problem seems to be that the pub is that crowded it is difficult to find people!