Working in Germany can have some advantages and one was that I could get to some of the best rallies, or treffens, going. The Hufeisen was not a big rally, maybe around 200 people attending, not that many camping.

A few months earlier I had popped up to Munster to the Toc H at the British army camp to get a Sunday news paper and I met up with a chap from Coleshill, near Birmingham. Ozzy (I forget his real name) had just been discharged from the army and was living with a German girl, Christine and her mother in Drensteinfurt. He had a GS 750 Suzuki and was into rallies. We did several together including the 8 Kastelen and the Neder Veluwe. 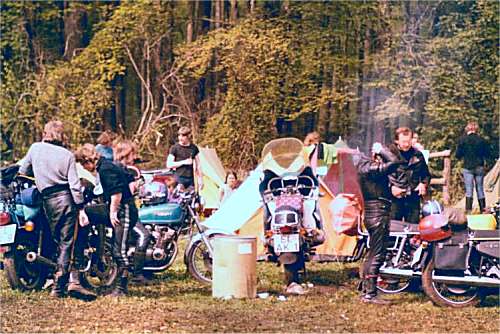 I had just got hold of a copy of the 1979 touring calendar from TFMK Finland and it listed most of the rallies held on the continent, and on scanning the pages I noticed this one and it was only 20 miles away. So we had a ride up the first year just to look see.

The following 2 years we took the tents and camped. The site was a nice grass field at the side of the road to Munster, sheltered on three sides. There was a mobile bar selling good German beer and the obligatory bratwurst /pomme frites wagon. What more could a man want? 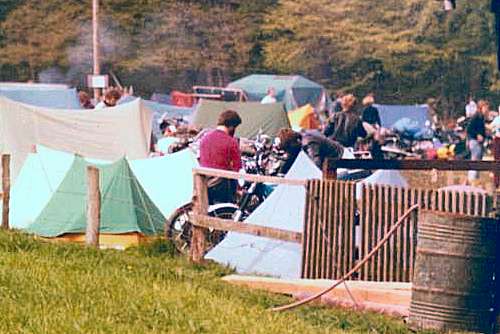 I spotted a couple of English registered bikes there and was suprised to find Rodney Taylor from the Rugby area so we had a few beers and a chat. Rod had some German friends from Dusseldorf with him. I had to call in to Dusseldorf a few months later, on one of my trips back home probably to do the Antelope Rally and fit the sidecar for the winter, to collect a gearbox for Rods R60 BMW, which I dropped of in the early hours at his home near Rugby. I often wonder what became of Rod. I haven't seen him for years. 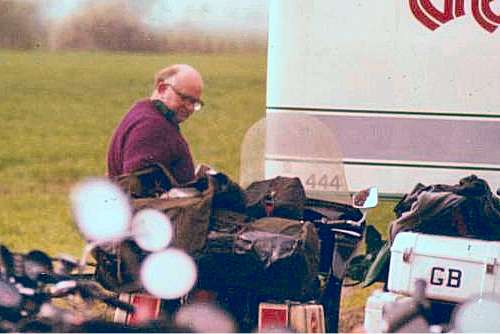 A nice friendly rally organised by the Motor Touring Club Albersloh held at Drensteinfurt West Fallen Germany held in May or late April.