The rally was held in the late in the year at a canal side pub somewhere near Grantham.

In 1990 Maggie provided everyone to a special treat when she dropped the C90 right outside the control tent. It was very muddy that year & it went everywhere. We seemed to be cleaning it off for weeks. 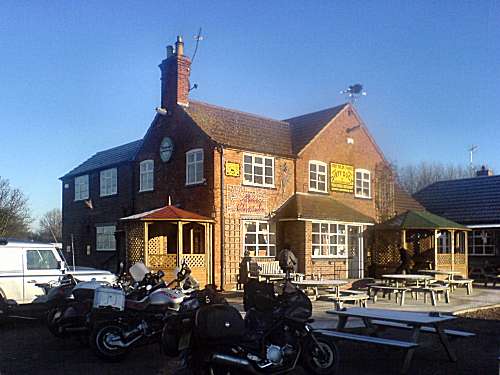 I think that it was 91 when the Germans got caught out by Castle Eden Ale. They had arrived on Saturday afternoon & when the evening arrived they set about the Castle Eden saying "It's not strong like German beer". They seemed to thing that because it wasn't full of gas that it did not contain any alcohol. Come 10.30pm they were either on the white phone or back in their tents.


This is the Druids MCC's winter rally and is usually held the first week in December.

Due to the timing of the rally you would expect it to live up to its name and usually it does; however we have had surprisingly warm weather too. The year 2008 was clear and sunny in the daytime, but about minus 5 and very frosty at night.

The venue is a proper campsite with full facilities, in the grounds of a large pub.

The pub serves meals, but if you are on a budget and you prefer to spend your money on essentials like beer and petrol, basic meals are on sale at the control tent, tea and coffee are free. 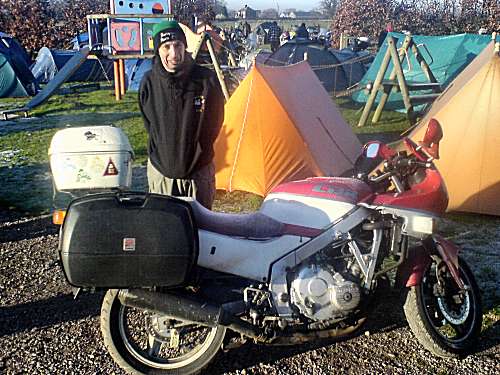 If you are feeling energetic Grantham is within walking distance along the Canal towpath which runs past the site, but most people seem to get a taxi back! I blame it on all that cheap food that they sell at Weatherspoons. You don't feel up to walking after a big meal!

Across the car park from the pub there is a separate building with its own bar which houses the bands / disco, so you only get deafened if you want to be. The award ceremony is held in there on Saturday and indeed it usually turns into quite a lively Xmas party. I usually miss it because I tend to stay in the pub until they ask me to leave, and then just have a swift visit to the disco to see who's still standing! The raffle is usually Sunday morning outside the control tent if it's fine. 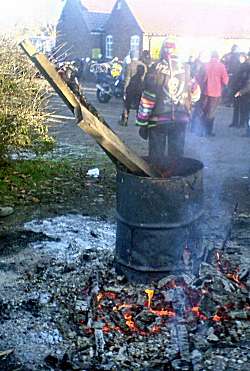 Being a campsite fires are not permitted, but there is an oil drum brazier near the gate to stand round. It was pretty popular this year and we got through a full skipload of wood over the weekend.

There is a "nice view" of Belvoir Castle from the site, and some good roads to try out down the Vale of Belvoir. This time of year however they can be a bit muddy from farming activities so it pays to take care. There is a hump back bridge over the canal near the site that has caused a few problems. Despite being well salted it was still covered in ice a couple of years back, and one or two folk found out the hard way! 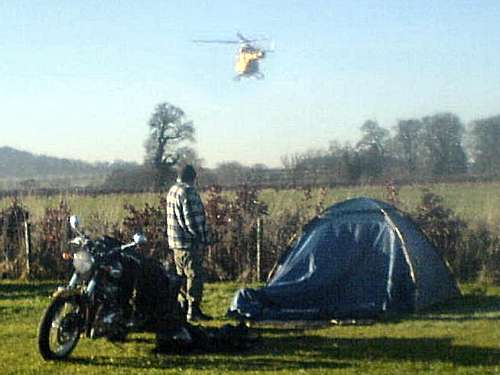 This year there was an incident involving a bike on the road just outside the site, which resulted in a visit by the air ambulance. The accident was a guy on a Harley who lost control on ice. I understand he broke his leg. Not what you want to see on a Sunday morning. It put me off using my normal route home and I just went straight to the A1 and had a boring but safe ride home.