The 1980 Mendip Rally was held in Somerset in September.

I can remember the weather was overcast with drizzling rain all weekend until we packed up on Sunday morning when, of course, the sun decided to show its face.

With me from memory was Woodsey, Alan Wilson and Crazy Keith. We arrived on Friday evening and decided that we thought the beer was not too good, so Alan Wilson then says he knows where there is a cider farm. Off we go and meet up with this old yokel in a barn with three big vats of apple juice with apples floating on top. I did not see any rats though. 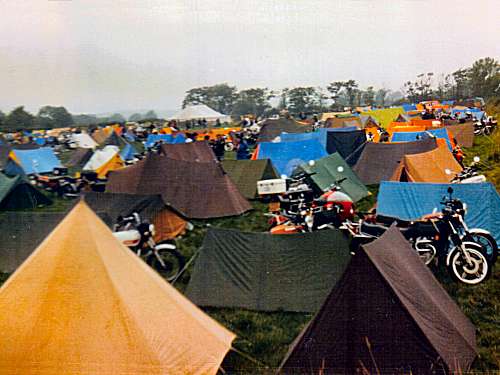 I had first sampled this stuff a year earlier in Polperro in Cornwall and after three pints proceeded to fall down the pub's stone steps and head butt the road at the bottom of them! We were still young and stupid so we had a gallon each.

Friday night was a bit of a blur but I managed six pints. There was a group camping next to us and one of them had his 18th birhday on Saturday we saw them go to the pub before we went to the cider farm for refills. On coming back we saw birthday boy neck a whole bottle of tequila and fall to the ground somewhat inebriated! About an hour later one of their group gets the others together to go back to the pub. They picked up the tequila kid and carried him to the pub about 500 yards away across fields. 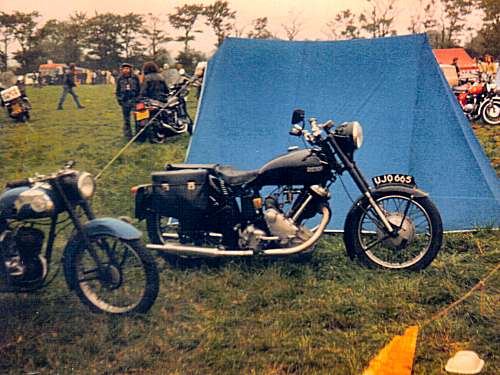 I was determined to drink the whole 8 pints of scrumpy and I did. Everone was pissed at the end of that night!

The next morning I can remember puking into the litter bin at the pub before we rode home.