The first Minger Madness Rally at the Lower Lode Inn, Lowerlode Tewkesbury, was cancelled after the floods of July 2007. The flood water had reached the top floor of the pub. Four bikes ended up in the River Severn. So it was held 14th September 2007. 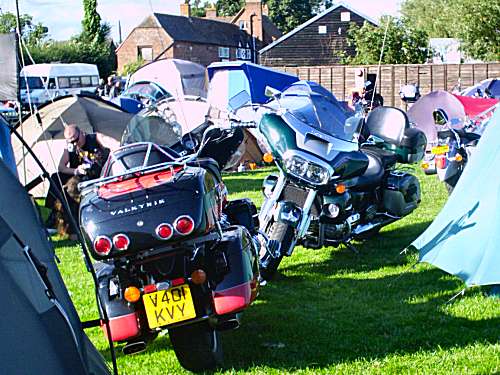 Some very large Minger picked me up, still sitting in my chair, and put me outside!

The celler had been flooded so we where drinking cans. A great site next to the Severn and they had 3 good bands on, playing 70s music. Plenty of food vans and the pub serves food.

A ferry runs across the river if you want to go in to town. I forgot about the smoking ban until some very large Minger picked me up, still sitting in my chair, and put me outside! 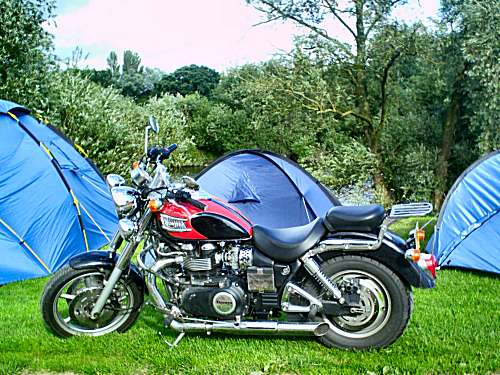 The 2008 rally was better because the beer was back on and we took our cooker, went out and got bacon and eggs for a fry up breakfast Saturday morning. 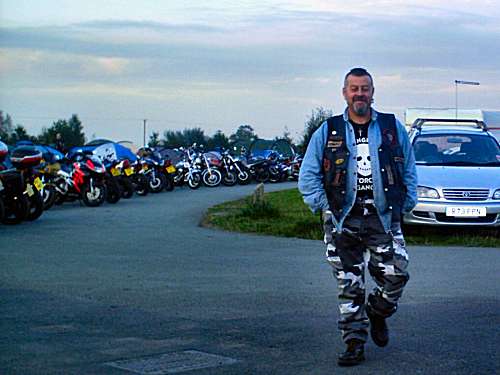 The Boring Old Farts won the best club turnout. The weather was sunny and warm.

The downside was someone had put broken glass all over the road the only way out of the campsite!

I'm Noddy. I was on the gate at both Mingers rallies.

I think our 2 rallies went down great, shame we never carried it on. 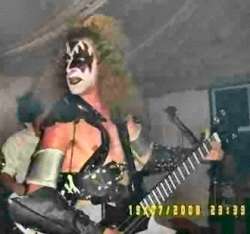 I keep pushing the Mingers in Wales to start it all up again. Only time will tell.

The 2007 rally was brill but I loved the 2008 one better when I dressed up as Gene Simmons on stage.

Lower Lode is the best rally site ever.