The Molen Treffen, (or in English the Windmill Rally) was organised by MC Bacchus (now Akersloter Motorclub Bacchus), at Krommenedijk, to the North of Amsterdam. 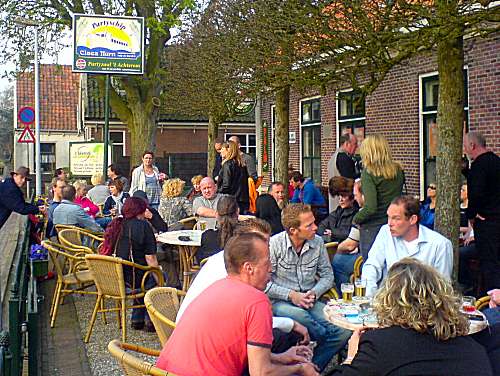 For the past few years I have attended what is now called "The Happy Weekend" hosted by AMC Bacchus.

The profits from the Rally were donated to the Jumbo run Netherlands.

I went to this Rally several times in the mid to late seventies, and it was always a popular event with a lot of Brits. It was held at Easter, so you had the advantage of the long weekend holiday to get there and back without missing work.

The Rally badge for this one was huge, and had nice little Medals as date bars.

One of the attractions of this rally was that from near the site you could catch a train into Amsterdam and spend the day there without having to worry about riding your bike.

The rally had a sort of home made barn type marquee next to the canal with a bar, and they had a band / disco on the Saturday night. You used to have to pay for your beer with special plastic tokens, believe it or not I always seemed to find one or two in my pockets when I got home, but my local pub didn't seem inclined to accept them! 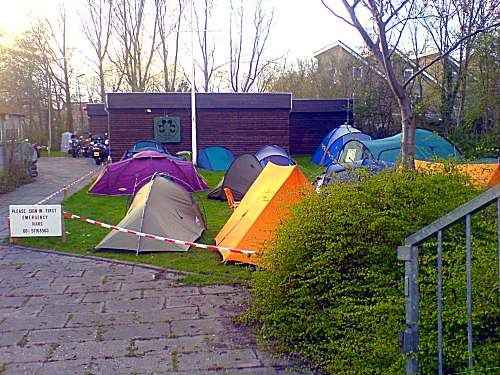 There was another Rally in Holland at Easter, the Paasei Treffen, but that always seemed to be a bit lively for my tastes, so I preferred the Molly. I lost track of it for a lot of years, but knew that some friends from the Salford Centurions club were still going every Easter, although the Rally had finished years before, so I decided I would join them.

For the past few years I have attended what is now called "The Happy Weekend" hosted by AMC Bacchus, over the Easter weekend, and find it to be even better than the Rally! 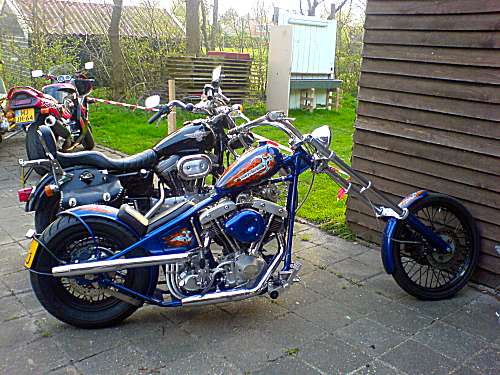 It is held at a scout camp not far from the bar where the club is based. Being a Scout camp of course there is a camp fire burning all weekend! Saturday they have a Barbeque there, and then it's back to the Bar for the evening's entertainment and prize giving.

On the Sunday afternoon they have an organised run out, and then in the evening a Chinese Banquet in the Bars function room. 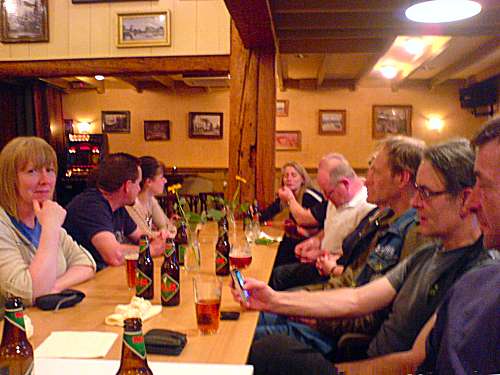 Quite a few of the people there are the same as used to run, or attend the Molly, and it's a great atmosphere. Not as many Brits were over this year, but there was the usual crowd from the Salford Centurions, a few Tees Riders, and three of us from the Dean Valley MCC. 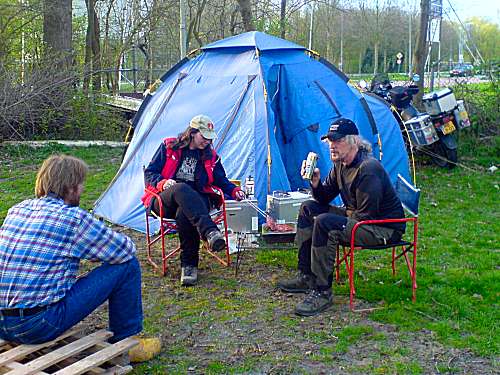 I also met up with Hans Veenendaal, who has supplied pictures and a report about the Stella Alpina. It's a small world when you do rallies, it is amazing the amount of mutual friends we have.

I attended the Molly in the early '90s. There were a few from my club, the Stalybridge MCC, but I knew Eric "the cross dresser" so we just followed him.

And yes, it was a great weekend. I just felt as if I'd come on a scooter ... maybe a new face.

Anyway, been umpteen times since with Geoff and the late Mavis Moody. Had good nights and may try again in the near future.

I attended the Molentreffen for many years with the Brothers of the Bottle, most of us British Forces back then.

Hazey Saturdays in Amsterdam and a good night on site and a lazy Sunday were the order of the day.

This used to be one of the best rallies in Holland.

The MollenTreffen was my first continental rally in 1980 when I was only 19. Went for the next 3 years and remember it was always at the same site which was a windswept field with water around it.