Muffin the Mule is Illegal

This rally was held in Northants I believe, probably near Thrapston. Or was I lost?

The Nottingham 41 club wanted to call it the Muffin the Mule rally and wrote to the Enid Blyton Trust for permission to feature Muffin on the badge.

The trust directed them to the BBC who held the copyright. 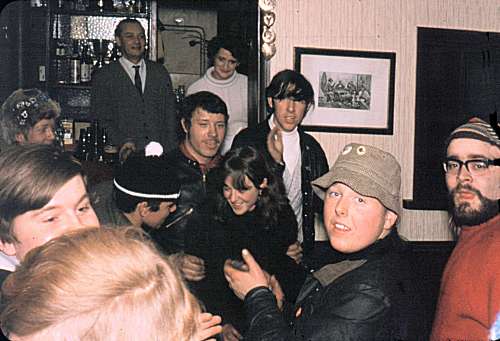 In turn the BBC took a dim view of the prospect of having dear old Muffin decorating greasy bikers and said they would not give permission and it would be illegal to use Muffin on the badge. Hence Muffin the Mule is Illegal. What did you think they meant?

My name is Claus. I live in Germany.

I was a BMW pillion passenger. If I remember rightly the rally was near Bishop's Castle.