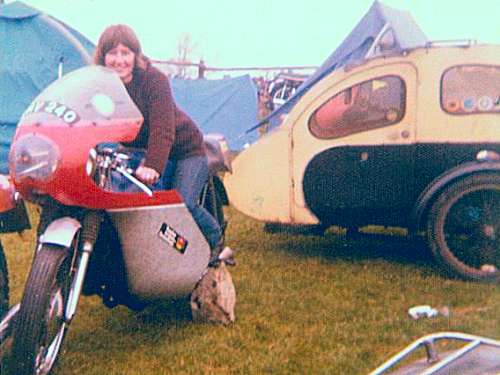 Well here we are, a soggy wet field right opposite the Tomato Dip. The bright people who got here earlier had secured most of the good spots to pitch in the lee of the drystone wall. The rest of us had little choice.